The star, who lived in Saint Margarets, south London, passed away at midday today with her husband John Stapleton and son, Nick, by her bedside.

Her heartbroken family released a statement earlier today, saying: ‘Having suffered a massive stroke last night and a subsequent bleed on the brain, presenter and journalist Lynn Faulds Wood passed away peacefully at 12 noon today with her husband John Stapleton and son Nick at her bedside.’

The presenter was best known for fronting the BBC consumer show Watchdog alongside Stapleton from 1985 to 1993.

The consumer champion, who was born in Glasgow and grew up near Loch Lomondside, began her career working for newspapers including the Daily Mail and The Sun.

She then moved into television, and while working at Watchdog survived bowel cancer and went on to call for better awareness of the illness.

Lynn Faulds Wood, pictured, has died aged 72 after suffering from a ‘massive stroke’. In a statement, it was confirmed she passed away with her husband and son at her bedside 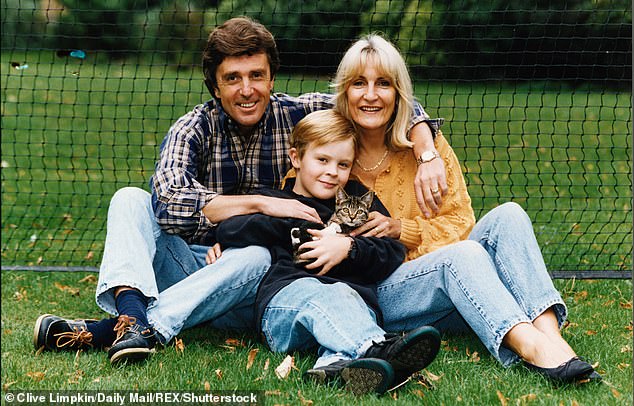 Lynn with her husband John Stapleton and their son Nicholas. The former TV host presented Watchdog alongside her husband from 1985 to 1993

Fellow broadcasters and journalists have paid tribute to their former colleague saying she was ‘impressive and courageous in her campaigning’.

Dame Esther said she had ‘known Lynn for many years’, adding: ‘We made a series together which was huge fun but also very hard-hitting because she was such an impressive and courageous consumer journalist.

‘She fought for the rights of vulnerable people doggedly and determinedly and she is a huge loss to journalism and to her friends and family.

‘We are all devastated at this news.’

He said: ‘So sad to hear that Lynn Faulds Wood has died. After I was diagnosed with bowel cancer she spent many a phone call giving me advice about treatment and moral support. She was kind, generous, purposeful and strong. RIP Lynn.’

Fellow journalists and broadcasters have paid tribute to Faulds Wood, who was born in Glasgow and grew up near Loch Lomondside

A superb campaigning journalist, brilliant presenter and communicator – and a lovely person too.’

‘She was a wonderfully generous, incisive, energetic broadcaster, journalist and campaigner. More than that though she was great fun and a truly lovely person. Sending love to and family.’

And former BBC Watchdog colleague Helen O’Rahilly said: ‘ So sorry to hear of the death of Lynn Faulds Wood.

‘Worked with her on BBC ‘WAtchdog’ in the early 1990s. A kind, warm-hearted woman, a completely professional broadcaster and a passionate campaigner. RIP Lynn. Sincere condolences to John.’

He said: ‘I’m so sad to hear about the death of the brilliant campaigning journalist and fearless consumer champion Lynn Faulds Wood.

‘She was the real thing. She cared genuinely and passionately about people and their rights.

‘When I joined Watchdog hers was the legacy we all aspired to.’ 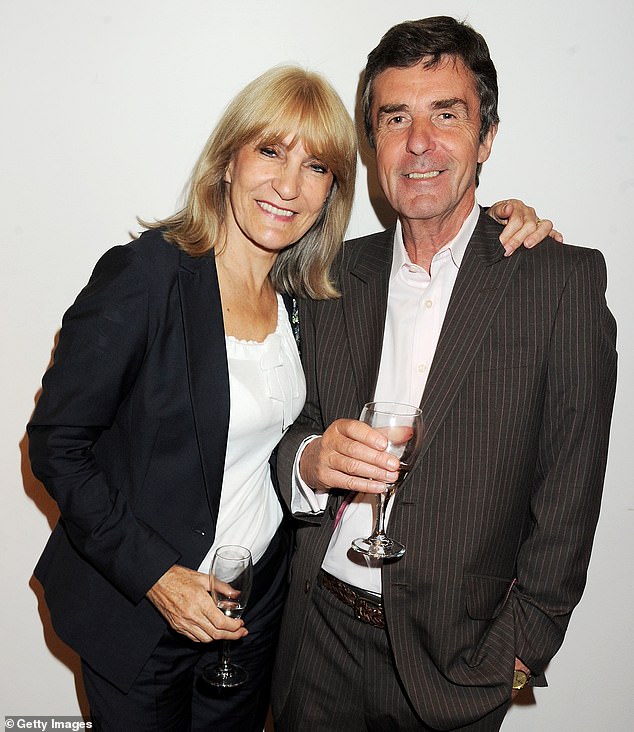 Lynn pictured with her husband Stapleton during a book launch in June 2011. Her family said she passed away after suffering a ‘massive stroke’ and subsequent bleed on the brain 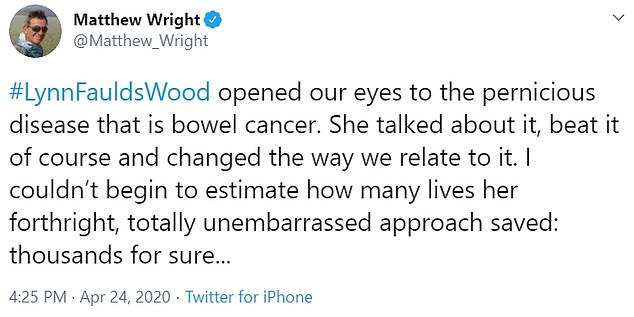 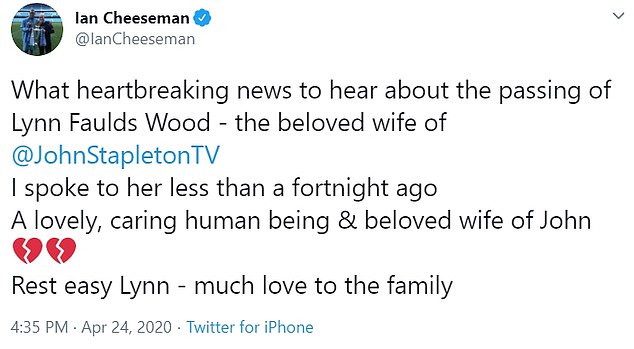 She also presented the investigative programme World In Action during the 1990s before going on to become a consumer champion on GMTV between 2003 and 2009. 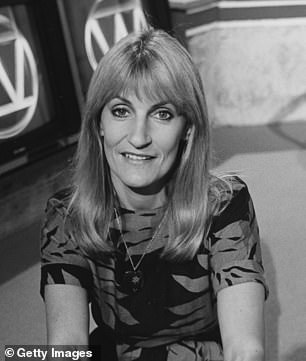 Lynn  pictured on the set of the TV show ‘Watchdog’ in 1985. She survived bowel cancer while working for the programme and went on to call for better awareness of the illness

TV series Watchdog, which was renowned for holding businesses to account, first began as a strand of current affairs show Nationwide in the 1980s.

The show has since gone on to complete more than 1,000 episodes across 41 series, which were hosted by 23 different presenters.

In February, it was axed by the BBC as a stand-alone show after 40 years and continued as a segment on The One Show.

Lynn once revealed she asked BBC bosses not to axe it, back in 1986.

She said: ‘I persuaded BBC1 controller Michael Grade to keep it. Perhaps somebody will persuade the BBC now.’

Dame Rantzen paid tribute to her colleague, saying: ‘I have known Lynn for many years. 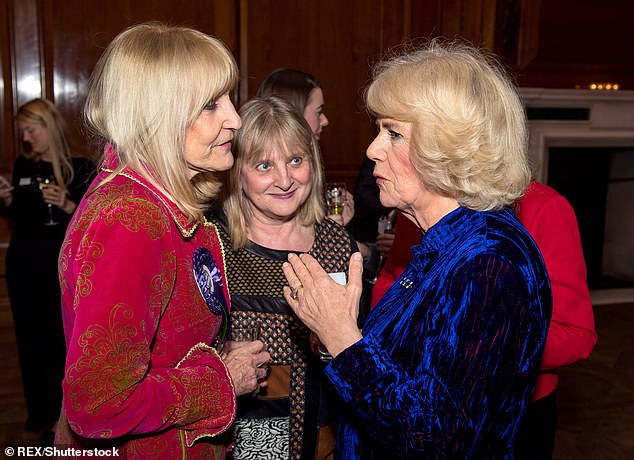 Lynn pictured meeting and speaking with Camilla, the Duchess of Cornwall, during a reception for Women in Journalism at The Ned Women in London back in February 2018 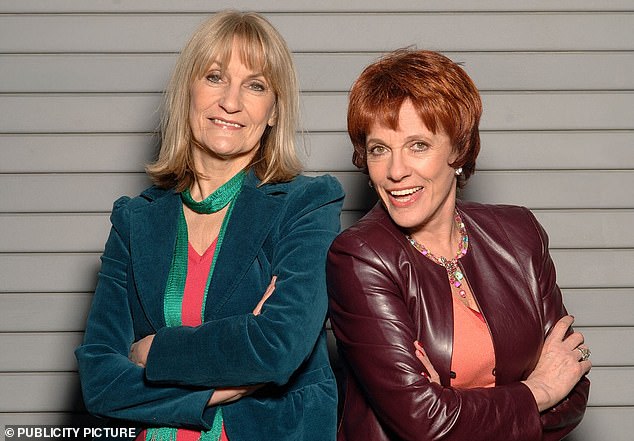 Lynn and Dame Esther Rantzen presenting the BBC consumer advice show Old Dogs, New Tricks. Dame Rantzen paid tribute to her colleague, saying: ‘We are all devastated by this news’