‘Throw the f****** ball’: Mac Jones is caught on camera SCREAMING at Patriots’ play-caller Matt Patricia during loss to Bills… before admitting he ‘let his emotions get the best of him’ but wanted to give the team a ‘spark’

New England quarterback Mac Jones failed to hide his frustrations in a sideline outburst during the Patriots’ 24-10 loss to Buffalo.

Postgame Jones insisted it was not directed at offensive shot-caller Matt Patricia, or anyone particularly, but was merely an expression of his desire to launch the ball downfield.

‘Obviously, I just kind of let my emotions get to me,’ he said after the crucial divisional loss.

‘What I said was about throwing it deeper within the short game. I got to execute that part better.

‘But it’s the short game that we kept going to, which is working. But I felt like we needed chunk plays.

‘I shouted that out to kind of get everyone going. That’s emotional. That’s football. I’m passionate about this game.’ 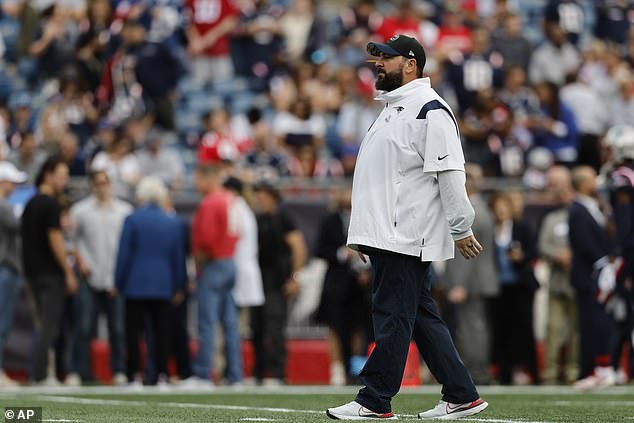 The sophomore signal-caller conveyed he and Patricia were aligned as the Patriots attempted to gain ground on Buffalo as the ball game progressed.

“It was just, “Let’s go for it, let’s be aggressive, let’s take those shots. Just go down fighting,” Matty P was on the same page,’ Jones remarked.

‘Obviously, you don’t want to let your emotions get the best of you. I think that’s pretty much it. It wasn’t directed at anybody. Just emotion coming out. We kind of needed a spark.’ 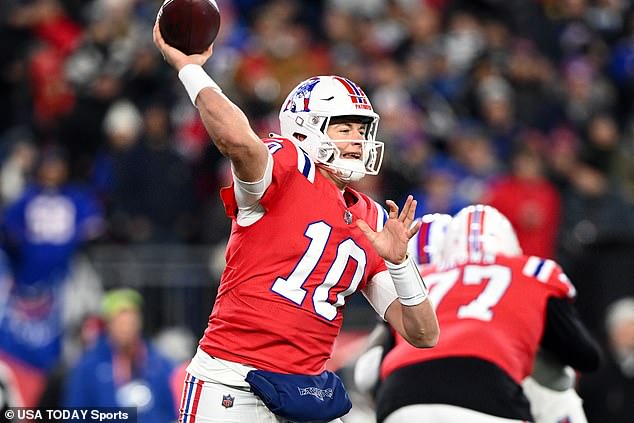 Bill Belichick’s team were a meagre 3/12 of third down and had just 242 total yards of offense.

To make matters worse, the home loss was something of a dagger to New England’s playoff hopes.

The storied franchise fell to 6-6 on the season, three games behind the AFC East-leading Bills.

While a wildcard berth is still a possibility, the Patriots are already a game behind the Cincinnati Bengals and New York Jets, who sit 7-4 with an extra game to play. 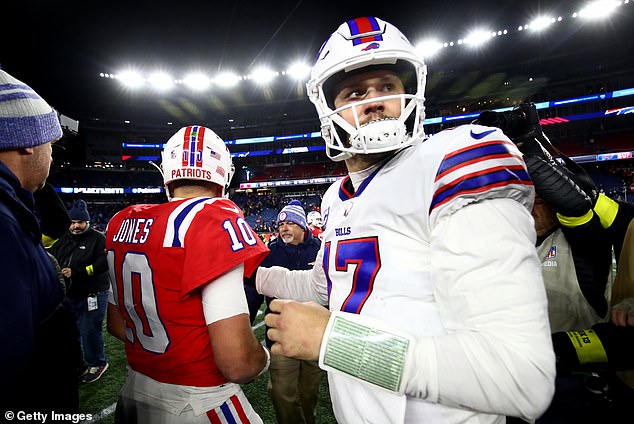