Ariana Grande’s ex Mac Miller has died at the age of 26.

The body of the rapper was found at his home in the San Fernando Valley outside Los Angeles at around midday on Friday.

He was pronounced dead at the scene by paramedics, according to a report by TMZ.

It is believed he died from a drug overdose.

Miller, real name Malcolm James McCormick, was notably linked to the singer Ariana Grande, who ended their two year relationship back in May.

Following their break up he struggled with sobriety, and last month was officially charged with two counts of Driving Under The Influence.

The DUI charges related to an incident shortly following the split. Miller was twice the legal alcohol limit when he was arrested for drink driving and fleeing the scene of an accident in Los Angeles in May. 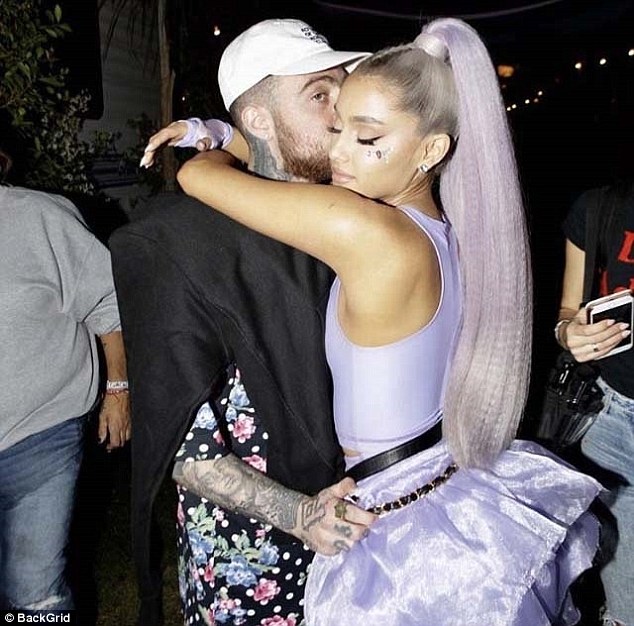 As they were: Miller dated Ariana for two years before they split in May; they are pictured in April this year 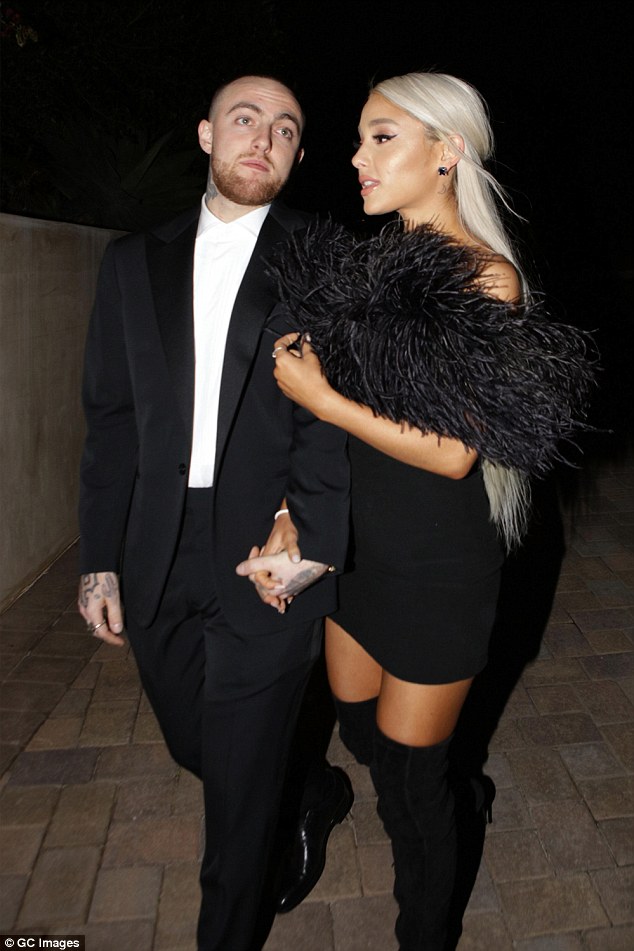 Once close: The former couple are seen at an Oscars party back in March

In May Ariana, 24, who is now engaged to Pete Davidson, took to social media to address her breakup, writing of Miller in an Instagram story: ‘I respect and adore [Malcolm] endlessly and am grateful to have him in my life in any form.’

The message was written around a picture of the Dangerous Woman singer and the musician locked in an embrace while lying on a couch.

The full text read: ‘Hi! This is one of my best friends in the whole world and favorite people on the planet Malcolm McCormick.

‘I respect and adore him endlessly and am grateful to have him in my life in any form, at all times regardless of how our relationship changes or what the universe holds for each of us!

‘Unconditional love is not selfish. It is wanting the best for that person even if at the moment it’s not you. I can’t wait to know and support you forever and I’m so proud of you!’

The two recording artists had known each other since Ariana was 19, and publicly confirmed their romance in September 2016.