Maccas new $90 offering has everyone talking

McDonald’s Australia has announced its newest summer offering – but at $55-a-piece it’s a lot more expensive than anything else on the menu.

The fast-food chain has teamed up with Budgie Smuggler to create swimmers celebrating the restaurant and some of their most popular menu items.

They will be launched on January 8 from the Budgie Smuggler website with the fast food chain hoping they become the ‘summer uniform’ of Australian beach lovers.

There are three exclusive prints available in the range which includes men’s Budgies, women’s bikinis and women’s one pieces as well as iconic bucket hats. 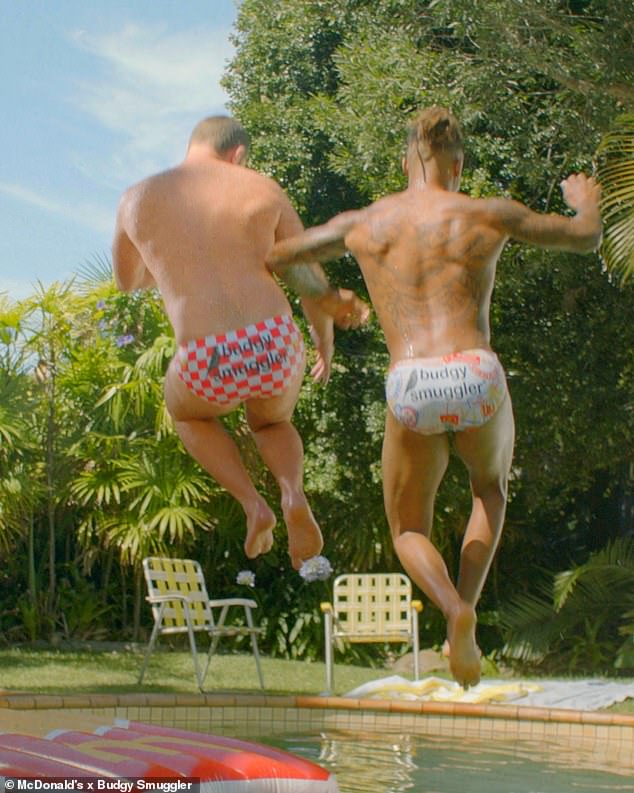 One print includes pictures of the restaurant’s iconic Big Mac, fries and a drink.

While another has a brightly-coloured stencil of the Sydney Harbour Bridge alongside the golden arches and names of some of the chain’s best-selling burgers.

These include the Big Mac, Quarter Pounder and hamburger.

The third design is slightly more subtle, it features a red and white checkered pattern with menu items making break out appearances.

The men’s Budgie Smugglers are $55, while the women’s are $55 each for the top and bottom of the bikini and $90 for the one piece.

And news of the cleverly branded swimmers have certainly grabbed attention with one happy Maccas lover saying they would proudly wear them at the beach. 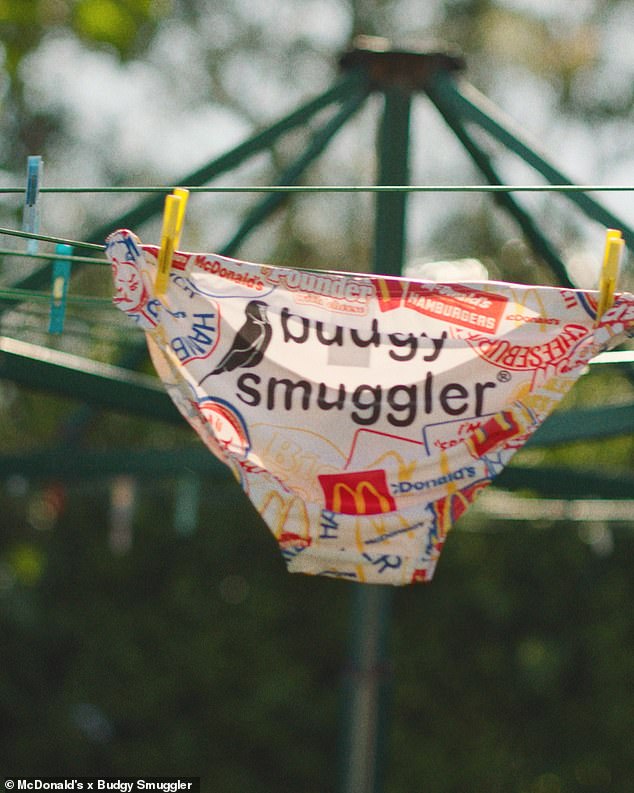 There are men’s Budgie Smugglers, as pictured, in the range as well as bikinis and women’s one-pieces 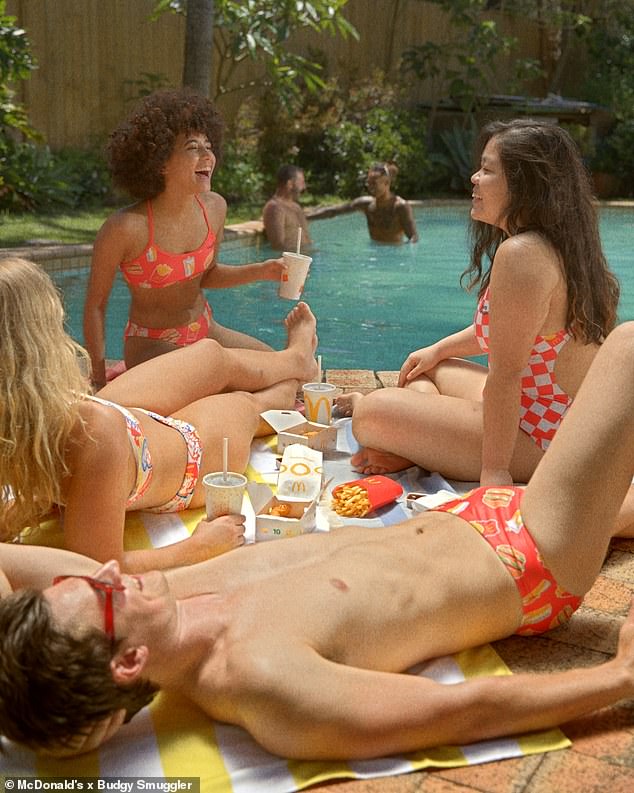 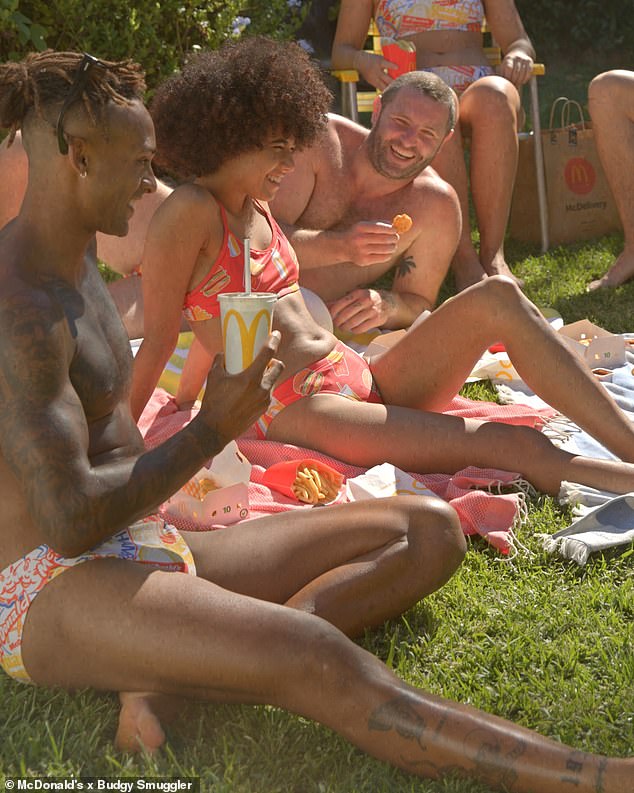 Maccas said they decided on the partnership this year to help Australians embrace summer after two difficult years.

‘Whether it’s lounging on one of Australia’s iconic beaches or dipping in and out of the pool, this summer is all about doing things we love with people we love,’ McDonald’s Australia senior brand manager Liz Whitbread said, declaring the swimwear an unofficial national uniform.

McDonalds have been very secretive about the launch of the summer beach collection and are yet to release pictures of the limited-edition hats.