Fired CBS showrunner Peter Lenkov, who was behind the network’s popular reboots of MacGyver, Magnum PI, and Hawaii Five-o, has been accused by a number of staffers of frequent abusive tirades and workplace bullying — with one star saying he even considered suicide due to the alleged abuse.

Lenkov was fired from his prominent role on July 7, after MacGyver star Lucas Till says he filed a second complaint with top CBS execs over his concerns about Lenkov and the atmosphere on the show, according to Vanity Fair.

Till was among the many employees who spoke out in interviews with the magazine about what they say was a demeaning workplace environment, with the actor saying that Lenkov’s verbal abuse, bullying, and body-shaming took a serious toll.

In an HR complaint, Till said that Lenkov exploded on set that he looked like a ‘little f**king boy’ and once flew into a rage over a scene where he appeared in a hospital gown, allegedly saying Till’s legs were ‘f**king hideous’ and demanding that they never be shown on screen again.

‘I’ve never worked this hard in my life, and I am fine with hard work,’ Till told Vanity Fair. ‘But the way Peter treats people is just unacceptable. I was suicidal that first year on the show, because of the way he made me feel. But the way he’s treated the people around me—that’s just my breaking point.’

One of Lenkov’s lawyers, Dale Kinsella, told Vanity Fair that Till’s allegations regarding the abuse and body-shaming are ‘100 percent false and untrue,’ adding that Lenkov ‘has championed him from the very beginning and has been nothing but supportive of him.’ 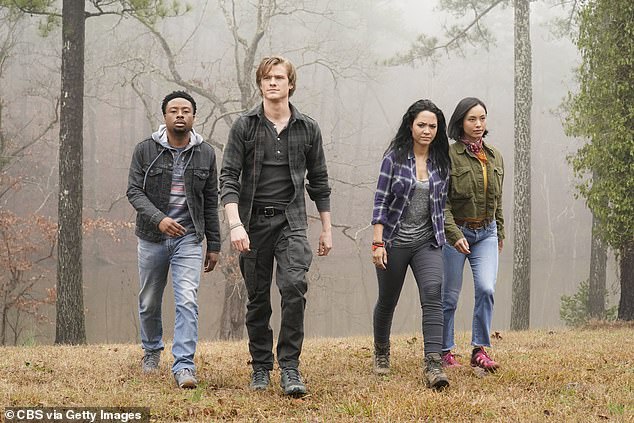 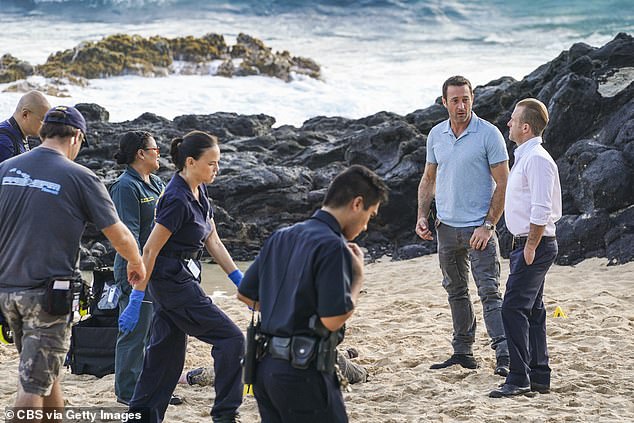 Lenkov, a native of Montreal, previously worked on La Femme Nikita and 24 before shooting to prominence in 2010 with the reboot of Hawaii Five-o, which ended its run in April after 10 seasons. He later launched the popular CBS reboots of MacGyver and Magnum PI.

As showrunner, Lenkov was responsible for delivering the weekly episodes on time and on budget, as well as overall creative control of the shows, a high-pressure job that many staffers say he responded to with abusive behavior.

Writer Sarah Goldfinger told Vanity Fair that Lenkov recruited her from CSI to work on the first season of Hawaii Five-o.

Goldfinger claims Lenkov threatened her job on her second day working for him, pulling her aside after she asked a question in the writer’s room and telling that if she didn’t like her job or the stories that the team would be telling, she could leave.

She claimed that things only got worse from there, and that Lenkov would regulary scream at her on the phone during her 50-minute commute home, and that she’d sit her her driveway after arriving home as she waited for the tirades to cease

Goldfinger told the magazine that the tirades were no ‘creative freak-outs or just displays of normal, occasional stress.’ 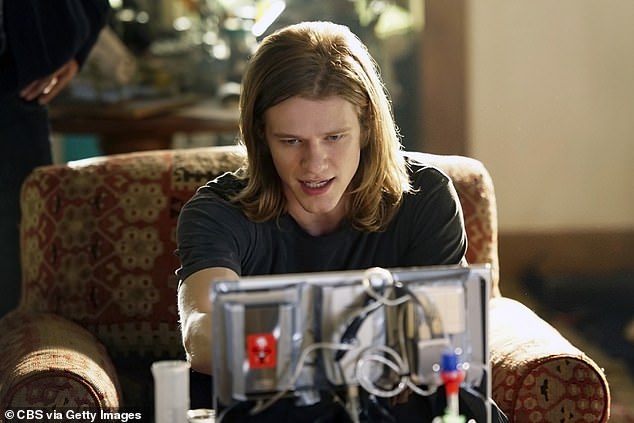 Till, who plays Angus MacGyver (above) says that Lenkov berated him as looking like a ‘little f**king boy’ and called his legs ‘hideous’ 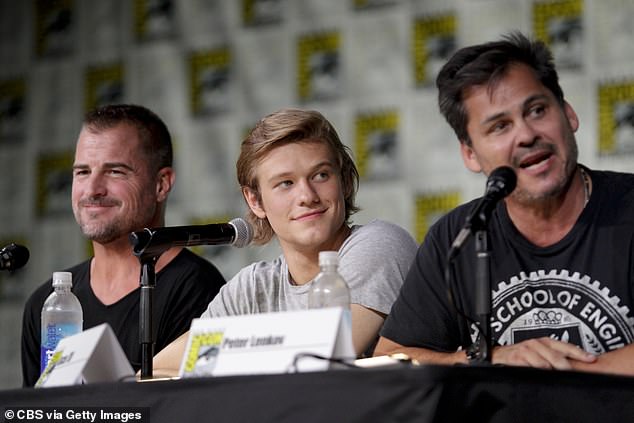 George Eads, Lucas Till, and Executive Producer Peter Lenkov, of the CBS series MacGyver, are seen during a panel discussion at COMIC-CON 2016 in San Diego, California

‘This was inappropriate hostility and unacceptable workplace behavior. I’m pretty tough. I had been on some muscular shows. But this was abuse,’ she said.

Lenkov’s attorney told Vanity Fair that he denies threatening Goldfinger’s job or engaging in any verbal tirades at any time.

Other unnamed staffers told the magazine that Lenkov was frequently verbally abusive and dismissive, particularly toward women or people of color working on his shows.

Hawaii Five-o stars Daniel Dae Kim and Grace Park, who are Asian American, both left after the show’s seventh season, amid trade publication reports that they were frustrated at not being paid the same as the show’s white leads.

However, not all employees agreed that Lenkov was abusive towards staffers, and some spoke out in his defense.

‘I was very surprised when I heard what happened, because I never felt that he created a toxic environment,’ Linda Sutton, a set decorator for Hawaii Five-0 for four seasons, told Vanity Fair.

‘He was the boss, and we were all working together as a team to create a look that he envisioned in his mind. And it was always very cordial. I found it to be a pleasure to work with him,’ she said. 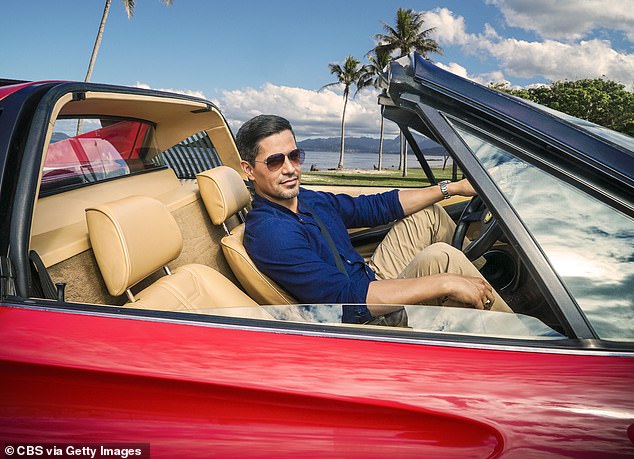 CBS said in a statement: ‘Our Studio is committed to ensuring safe and respectful production environments.’

‘Over the past year, we have assigned human resource production partners to every show, expanded staff training, and increased reporting options,’ the network said.

‘We will continue to evolve our practices with continued focus on building trust with all who work on our sets. Every complaint is taken seriously, every claim is investigated, and when evidence is clear that policies were violated and values not upheld, we take decisive action.’

Through his lawyer, Lenkov denied the allegations of abuse and mistreatment but expressed contrition in a statement: ‘Now is the time to listen and I am listening.’