Two high school students have been filmed exchanging blows while their peers egged them on until one was left motionless on the ground.

The teenagers were captured brawling while dressed in the Mackay State High School uniform at Mackay, on the Queensland north-coast.

The boys are seen trading a series of punches to the chest and face before one of them becomes locked in a grab.

His opponent then throws him onto the ground before jumping on top of him and laying a series of punches into the back of his head.

The students around them begin to cheer and encourage their peer to continue punching his downed opponent.

The group then rushes in to break up the fight when they see the boy lying on the ground is not moving.

His opponent is pulled away from the fight and the motionless boy is turned onto his back.

The video was posted online before it was taken down by the Queensland Department of Education.

It was the latest addition to a worrying trend in Mackay where high school students have been uploading videos of brawls to social media.

The videos are available on a private Facebook account and include footage of students from across the city exchanging blows and bullying each other. 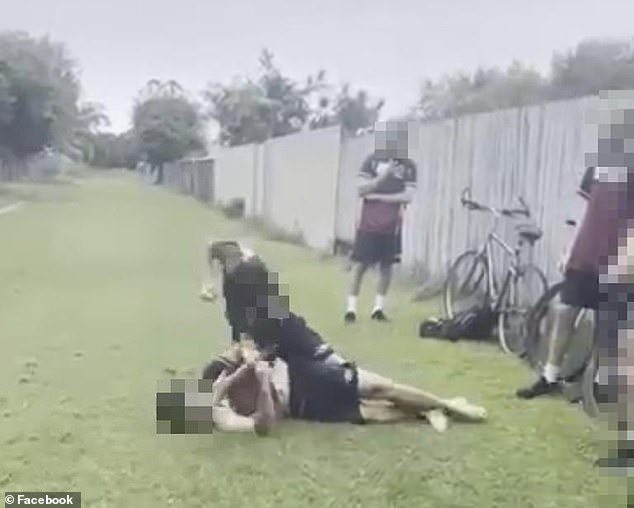 The two teenagers were captured brawling while dressed in the Mackay State High School uniform at Mackay, on the Queensland north-coast

A Department of Education spokesperson said the brawl happened off school grounds and outside of school hours.

‘Once made aware the school acted immediately to identify, discipline and support students involved and worked with the department’s Cyber Safety team to have the video removed online,’ she said.

The spokesperson added all the students that were involved in the brawl have been forced to attend an information session with police.

‘All students involved or that were bystanders in this incident are attending a special information session with local Queensland Police Service representatives to address and discuss inappropriate conduct of this nature within the community.’ 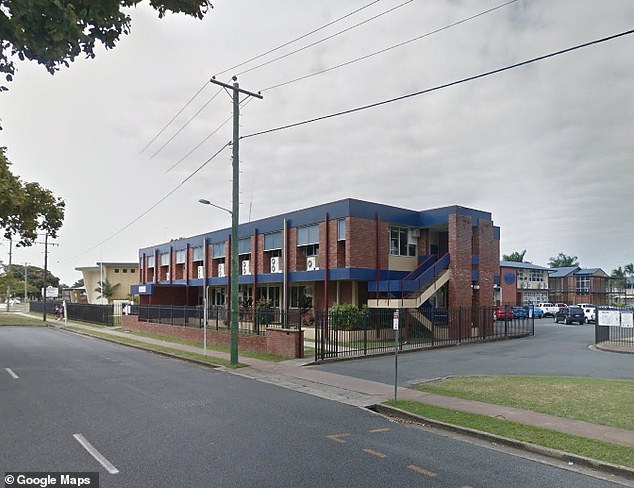