Macron caves in AGAIN! French police will be given pay rises

French police will be given pay rises after their so-called Blue Vest protests followed the Yellow Vest anti-government movement.

The accord was announced by unions last night, after two days of talks with President Emmanuel Macron’s government and a strike which saw police stations close down except for emergency duties.

Police have complained of exhausting hours of patrols and chronic under-investment in equipment which have stretched departments to breaking point. 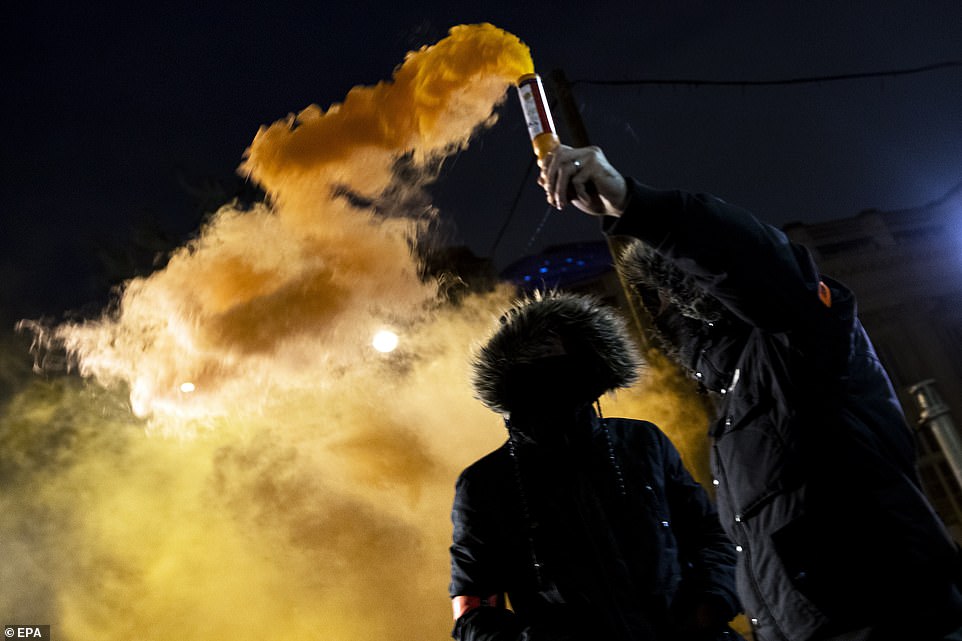 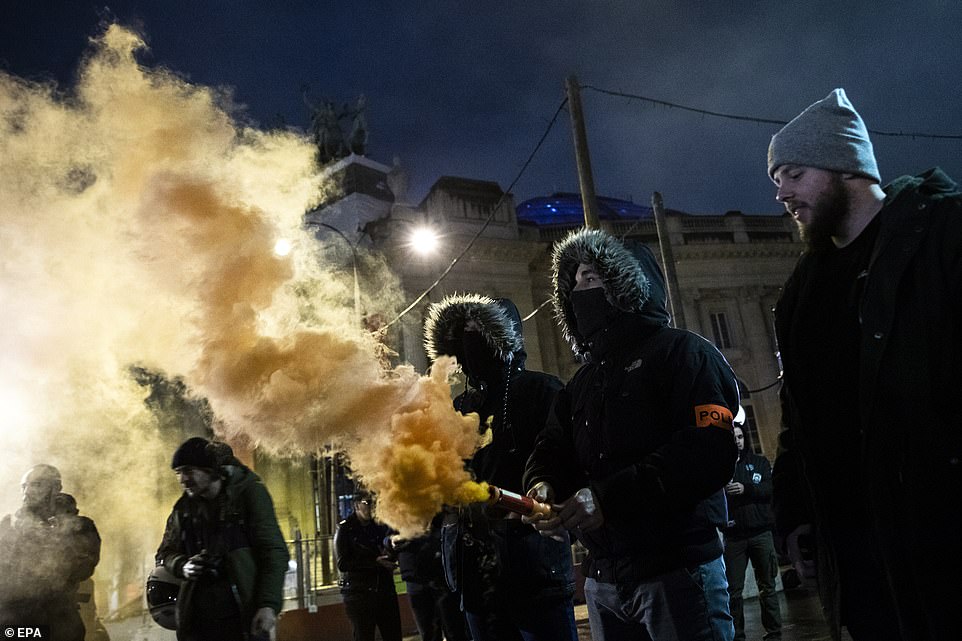 Last month an officer who led an ‘angry police movement’, which emerged after the 2016 firebombing of a squad car with two officers inside, was found dead at her home in a suspected suicide.

For many officers, the violent clashes with rioting ‘yellow vest’ protesters in Paris and other cities on recent Saturdays, and the huge manhunt for the gunman who attacked a Christmas market in Strasbourg last week, were the final straw.

‘This agreement… paves the way for improved and upgraded working conditions and pay for officers,’ Interior Minister Christophe Castaner said in a statement. 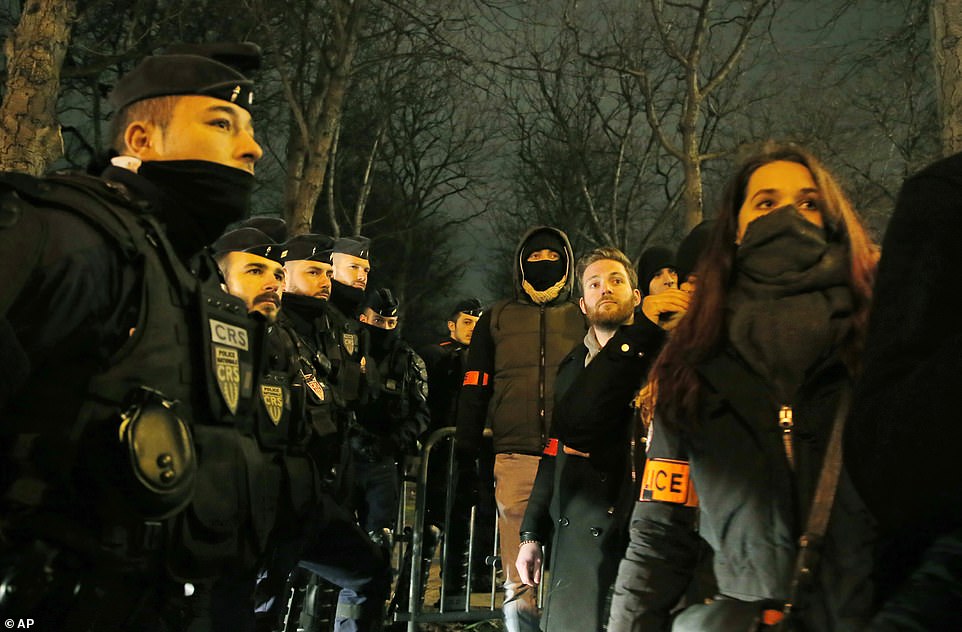 bout 80-100 people protested Thursday in front of a police station near the elegant Champs-Elysees avenue, flashpoint of recent rioting 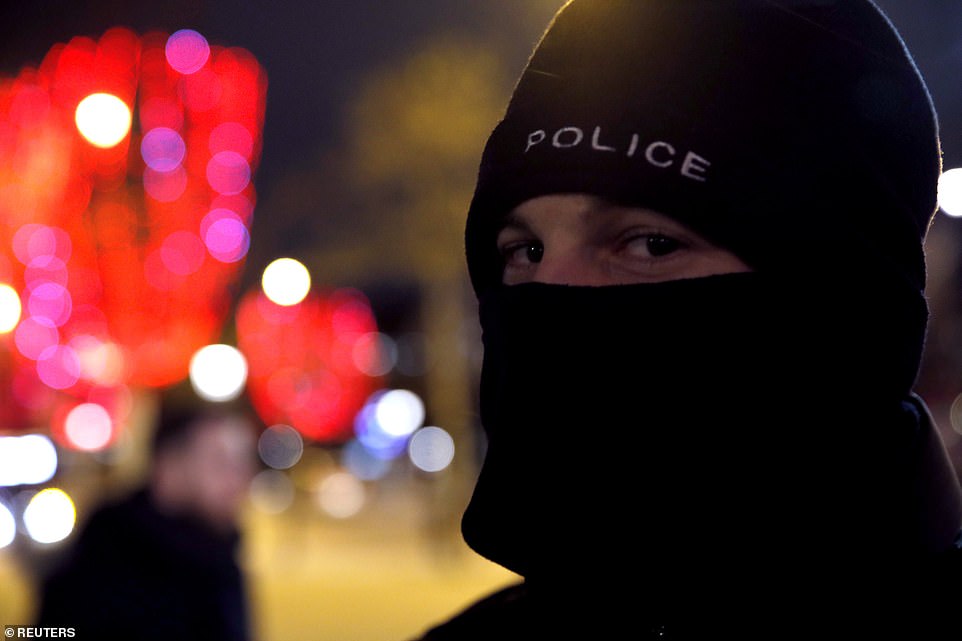 A masked police officer attends a demonstration near the Champs-Elysee in Paris, France on December 20 2018 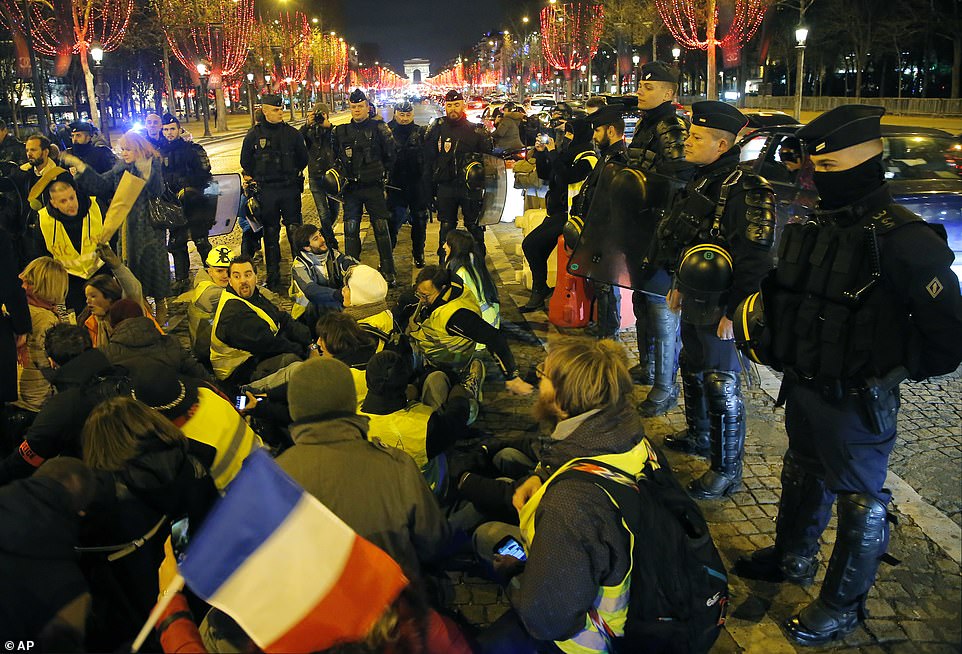 Union officials said that starting next year average monthly pay will be gradually boosted by 120 euros a month, and up to 150 euros a month for senior ranks.

The government will also begin negotiations on the huge backlog of overtime pay, with unions saying they are owed a collective 275 million euros.

With the pay hikes, the government said a planned 300-euro bonus for officers would now be reserved only for administrative employees and technicians. 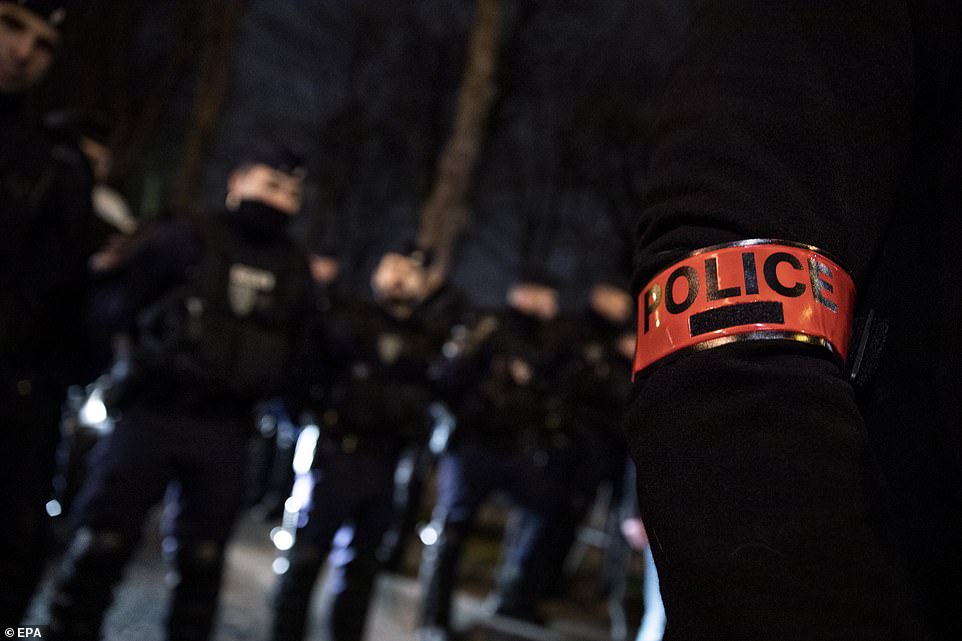 ‘It’s what we were looking for, we wanted an immediate boost to spending power,’ said Yves Lefebvre of the Unite-SGP Police union after Wednesday’s talks.

Police were emboldened in their demands after the government announced a 10-billion-euro package of financial relief for low-income households to quell the ‘yellow vest’ protests which have rocked France over the past month.

The measures include a rise in the minimum wage, tax relief for pensioners and tax-free overtime pay for workers. 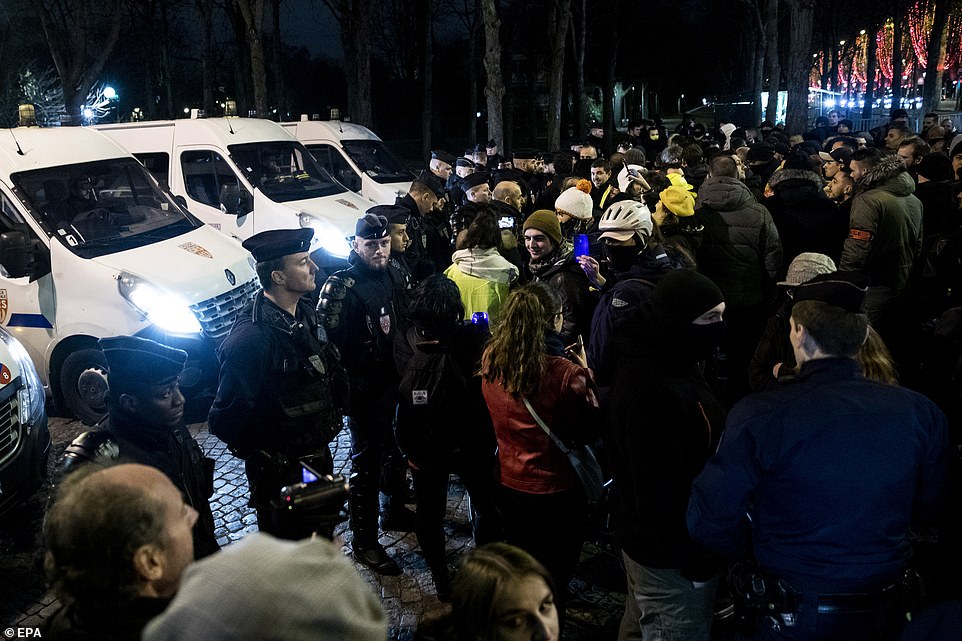 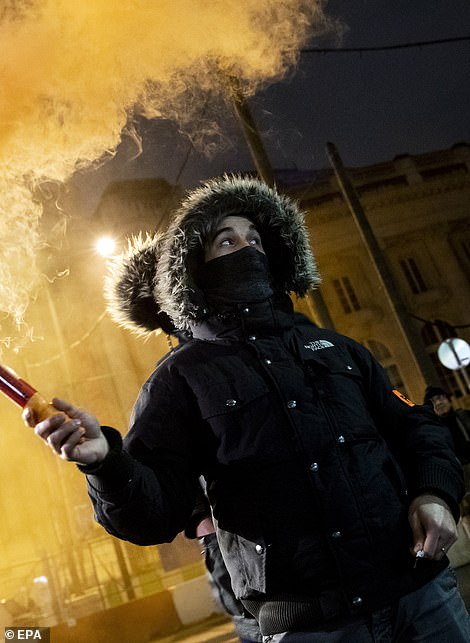 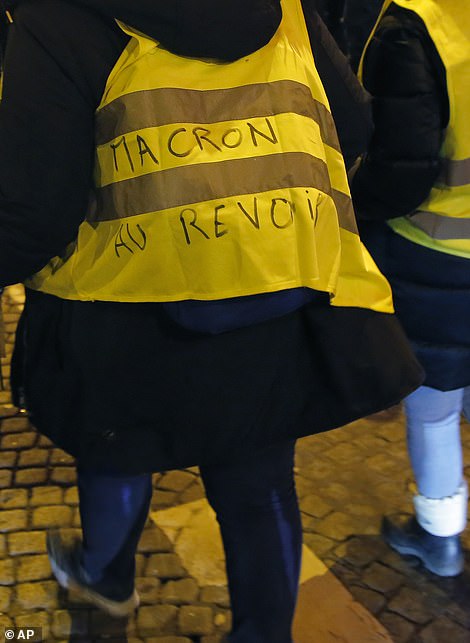 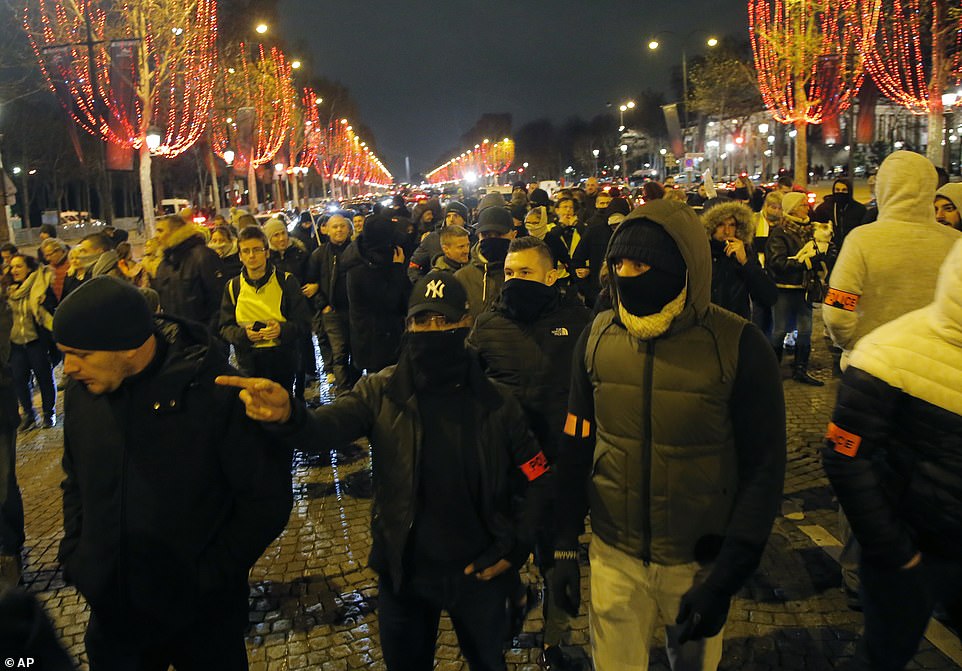 The total cost of the police pay increases was not disclosed. It comes as authorities said a ninth person has been killed in the yellow vest protests.

Interior minister Christophe Castaner said the victim was a protester killed in the south-west city of Agen.

Politician Olivier Damaisin said the protester was hit by a truck and had been a local yellow vest movement leader.

Eight others have died in incidents tied to the movement, mostly from traffic accidents linked to roadblocks.

On Wednesday, passengers were hit with delays at a Paris airport after French ‘Blue Vest’ police protesters deliberately slowed down passport controls. 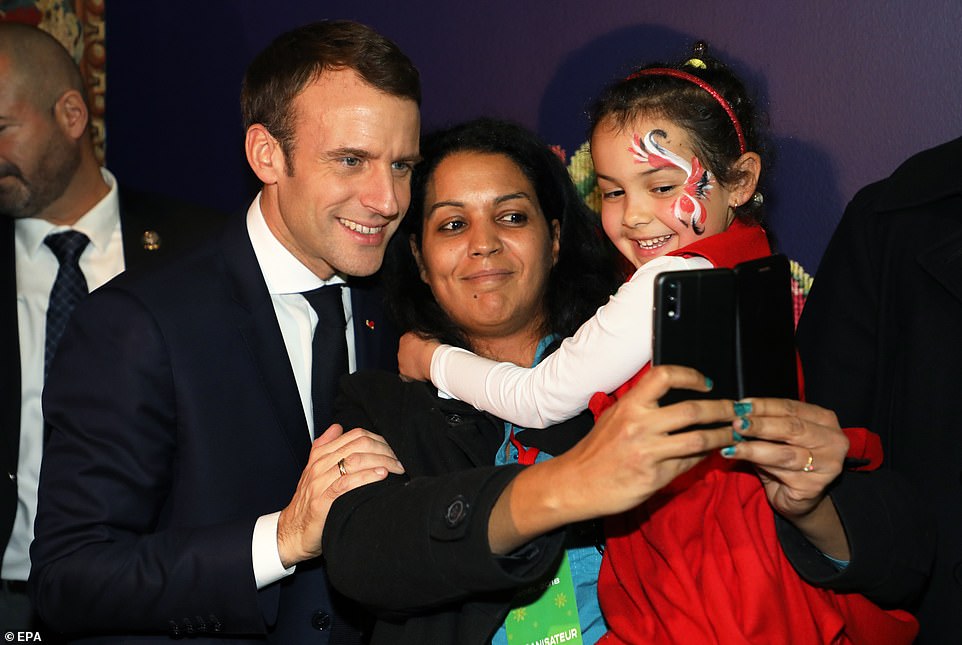 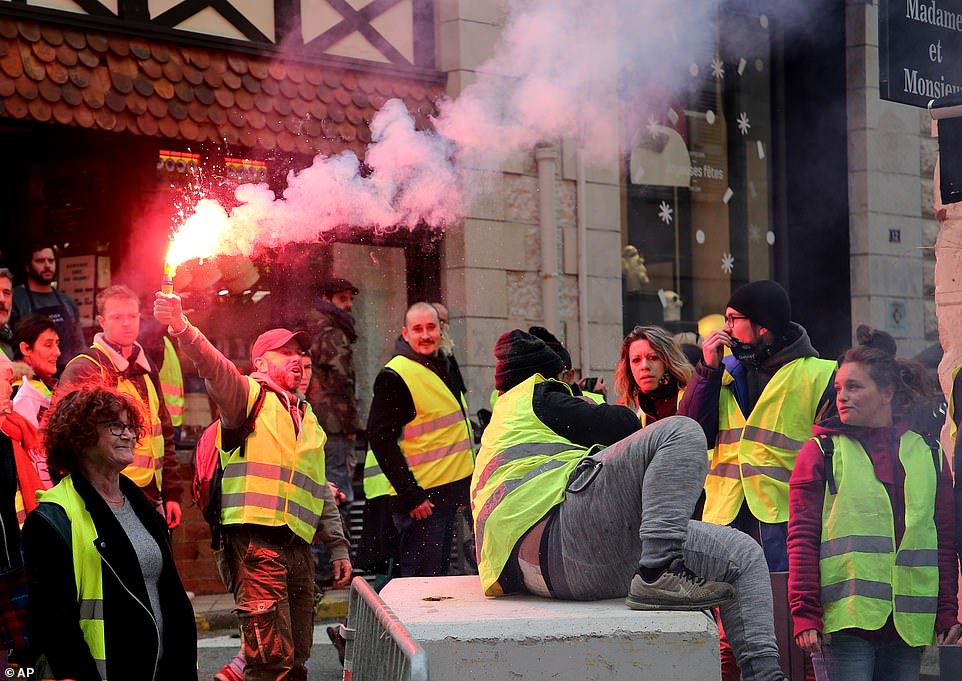 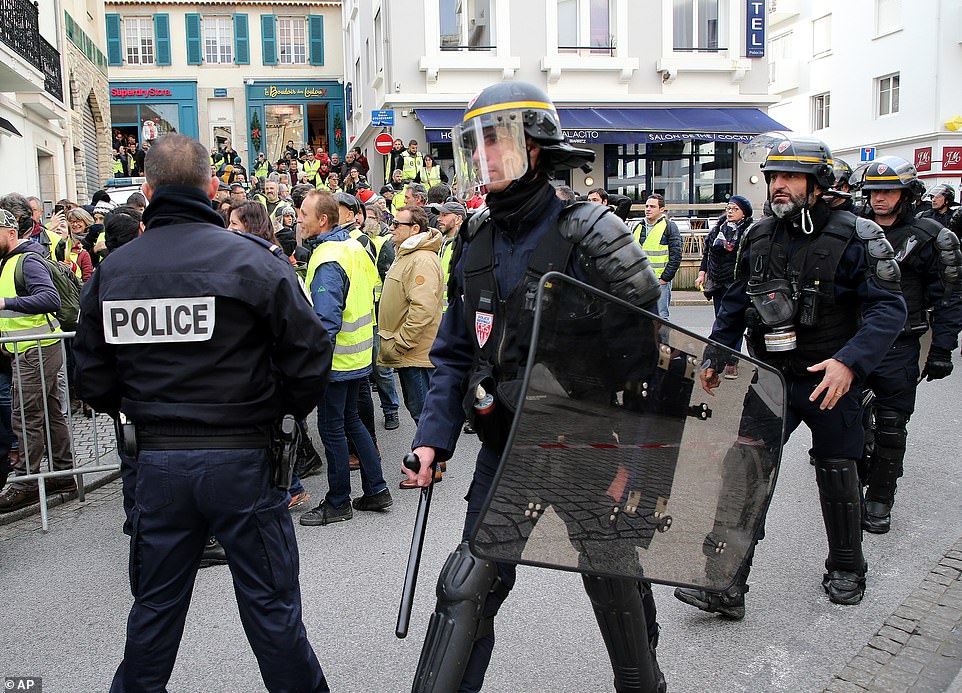 The tactic saw police dragging their heels at passport check-in lines in at least one terminal of Charles de Gaulle airport in a row over unpaid overtime.

The airport police prefecture said the slow-down was currently hitting only Terminal 1, and any delayed check-ins at two other terminals were due to a high number of passengers.

Police were working but taking their time with ‘deep checks’ of passengers, the prefecture added. Beleaguered forces across the country have faced five straight weeks of Yellow Vest protest.

The Paris Aeroport authority tweeted and posted on its website that ‘controls at borders may be longer’ and advised passengers to allow extra time.

The delays came as the Alliance police union called on police officers across France to handle only emergencies amid negotiations with the Interior Ministry for compensation after weeks containing often aggressive protests by a grassroots movement.

Police have also been called on for extra duty following a deadly attack last week near the Strasbourg Christmas market that has led to increased surveillance around France. 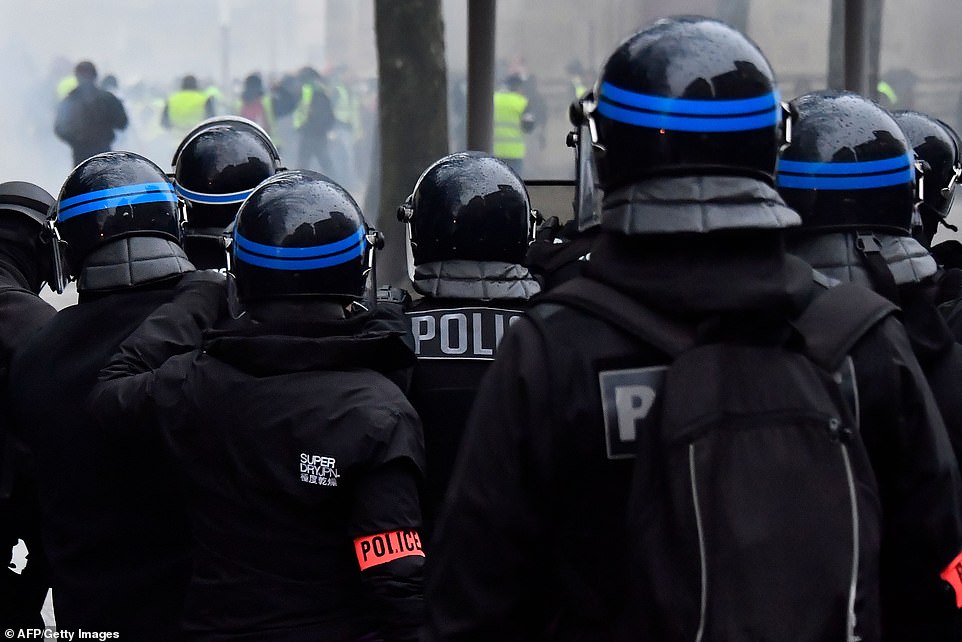 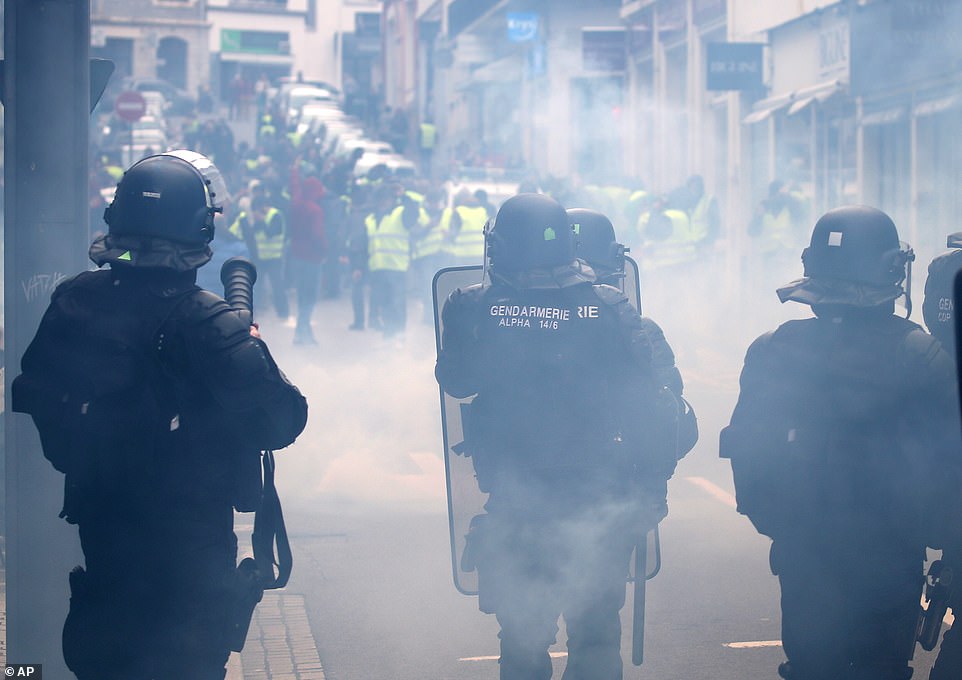 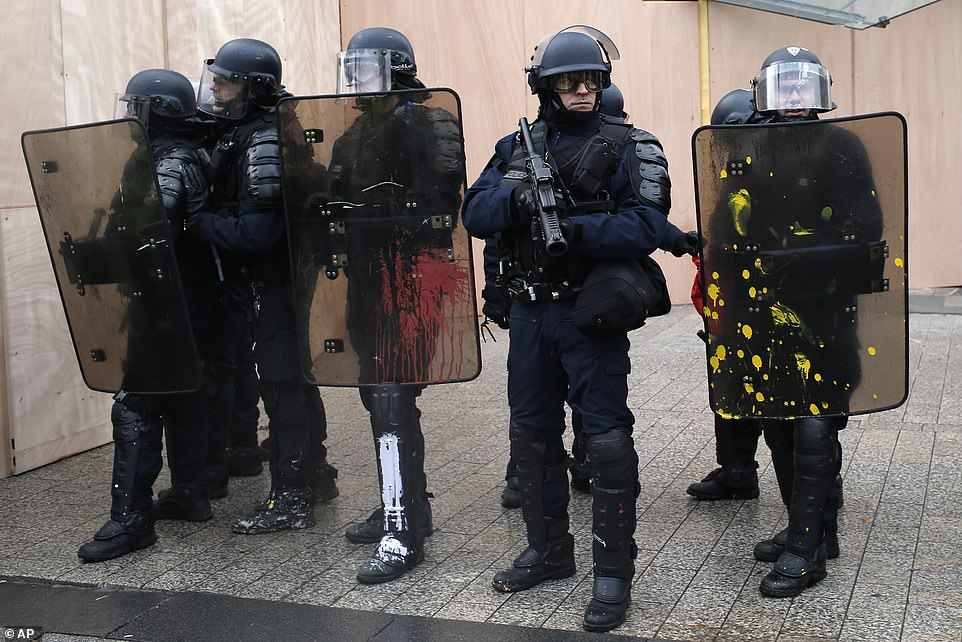 At least two other unions were encouraging slow-downs.

It was not immediately clear whether police stations around France were being affected.

The French government on Tuesday proposed giving 300-euro (£270) bonuses to officers deployed to the protests by the yellow vest movement that started in mid-November.

However, police representatives, who opened talks on Tuesday with the Interior Ministry, want compensation for years of overtime duty never paid out. Talks were to continue Wednesday.

‘We don’t have a right to have a debt like that,’ the minister said Tuesday. Economy Minister Bruno Le Maire agreed, saying Wednesday on BFMTV that ‘it seems legitimate that they be paid.’