Four Macy’s employees are credited with saving the life of an Arizona woman after she went into cardiac arrest.

Reba Mason, 58, a breast cancer patient, was shopping at the store in the Arrowhead Mall in Glendale last Wednesday when she collapsed.

That’s when four Macy’s managers rushed over to Mason and, after finding no pulse, immediately began performing CPR, reported 12 News.

Mason regained a pulse while an ambulance was taking her to the hospital and says she feels very grateful to still be alive.

Reba Mason, 58 (pictured, in the hospital), is a breast cancer patient and went to the doctor to change the pain medicine for her implanted pump last week 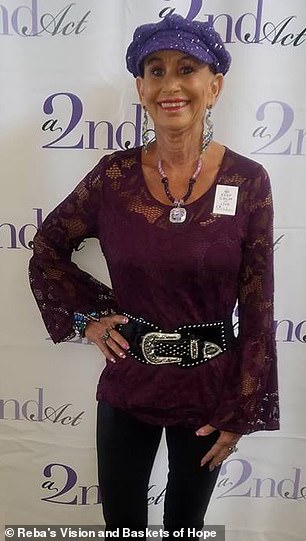 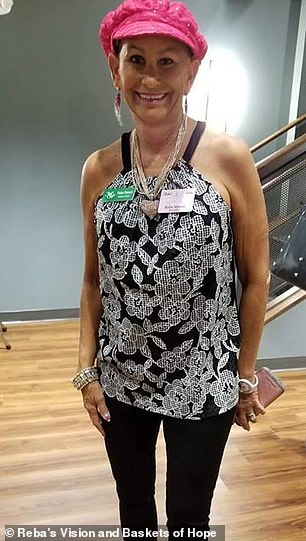 Mason (left and right) was shopping at Macy’s at the Arrowhead Mall in Glendale, Arizona, when some of her medication leaked into her body and she went into cardiac arrest. Four managers who learned CPR just two months earlier began performing chest compressions and rescue breaths until paramedics arrived

Mason had just finished a doctor’s appointment to change the pain medicine flowing through her implanted pump, reported 12 News.

She was shoe shopping at Macy’s when some of the medicine leaked into her body and sent her into cardiac arrest.

‘I came out of the appointment and I was a little foggy, I guess,’ Mason told 12 News.

‘I fell right into a rack of clothing.’

That’s when four managers, identified as Amy, Claudette Princella and Rosy, saw Mason fall and rushed to her side.

They were at the store that day for a mandatory meeting, and had been trained and certified in CPR just two months prior.

The managers performed rescue breaths and chest compressions for 10 minutes until paramedics arrived.

First responders from Peoria Fire-Medical personnel arrived and rushed Mason to the hospital.

Mason regained a pulse and was able to breathe again on her own while she was en route to the hospital.

‘It is our belief that the CPR conducted by the employees of Macy’s saved Reba’s life,’ Peoria Fire-Medical Captain Dave Lopez said in a statement.

When Mason woke up in the ICU, she was gifted with two of the three pairs of shoes she bought and says she doesn’t have words to express her thanks.

‘There’s not enough gratitude in the world to tell you just how thankful and grateful I am,’ she told ABC 15. 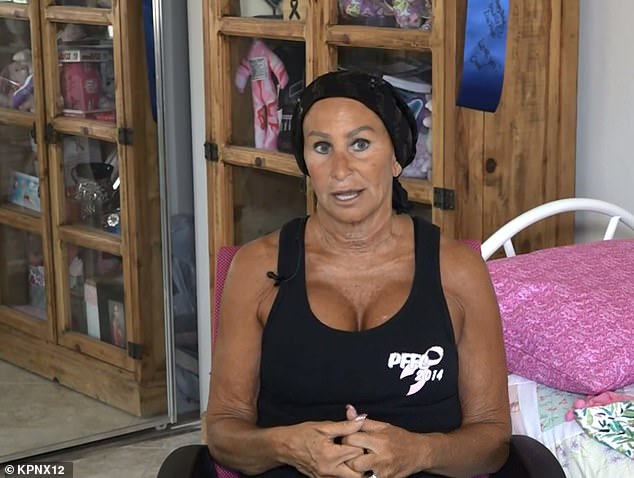 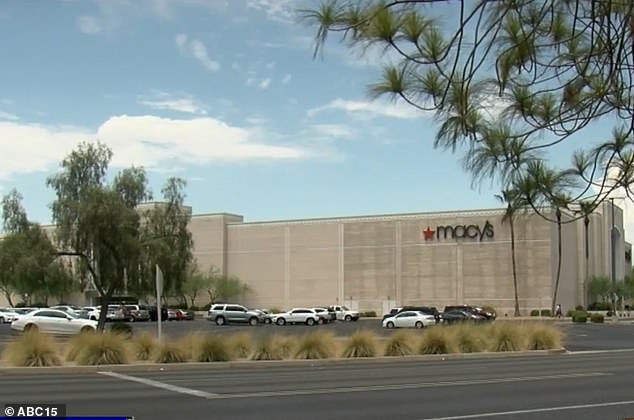 The employees will be honored by the Peoria Fire-Medical department on Wednesday. Pictured: The Macy’s where Mason collapsed

‘We are so proud of Princella, Rosy, Claudette and Amy, our Macy’s Arrowhead colleagues, for their quick action and heroism last week,’ Macy’s Arrowhead store manager, Colleen Liard, said in a press release.

‘We are especially grateful for Reba’s recovery.’

The Peoria Fire-Medical Department plans to honor the four managers with a Lifesaving Award Ceremony at the station Wednesday morning.

It hopes that this will encourage and inspire other businesses to provide CPR training to their staff.

‘You never know when you might have a chance to save someone’s life,’ said Peoria Fire-Medical spokesman Michael Selmer.