Macy’s on Monday launched the first of six nights of fireworks displays to celebrate the Fourth of July with a brief pyrotechnics display that was launched unannounced off Long Island City and nearby areas along the East River to limit crowd capacity and promote social distancing during COVID-19.

The five minute shows will be repeated nightly until the July 4th holiday from locations to be disclosed just before the shows.

‘In celebration of the 4th of July, a 5-minute Macy’s fireworks display will occur tonight btwn 9 – 10 PM & may be seen or heard in parts of LIC, Roosevelt Island, & along the East River in Manhattan,’ the tweet said.

The strategy, city officials say, will help to contain the coronavirus from spreading after New York made progress battling the outbreak. 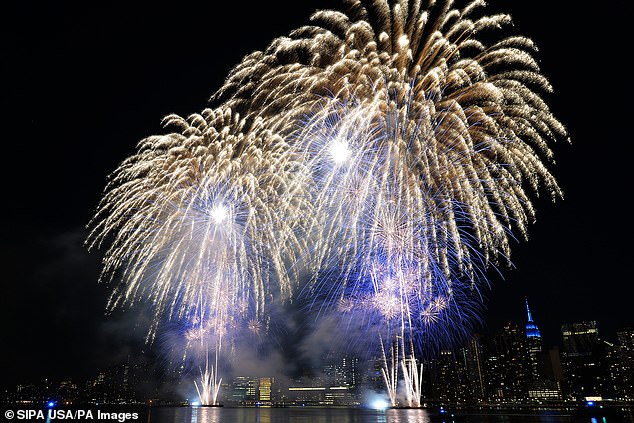 The five minute shows will be repeated nightly until the July 4th holiday from locations to be disclosed just before the shows. 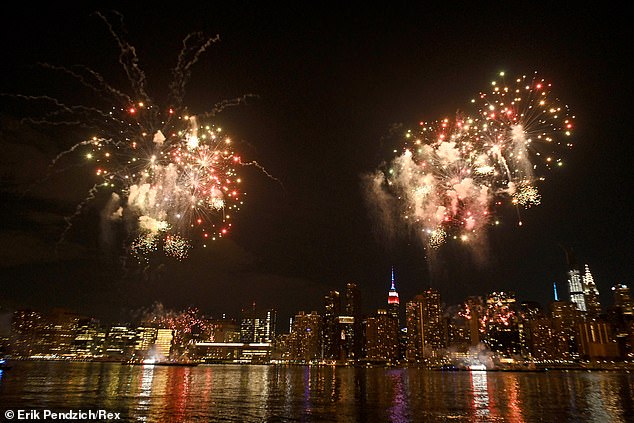 A dazzling scene of popping fireworks is pictured over the city 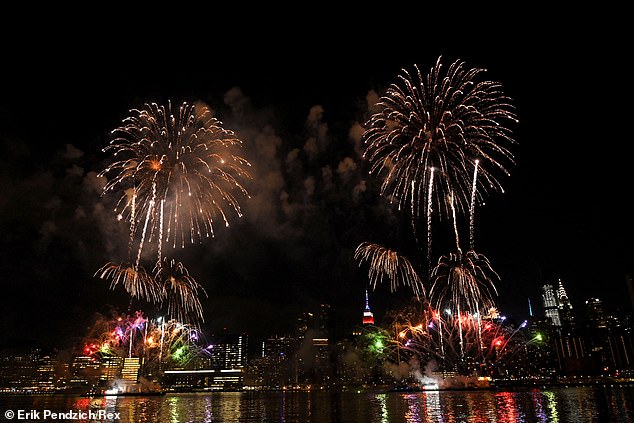 The Manhattan skylne is seen with fireworks exploding overhead 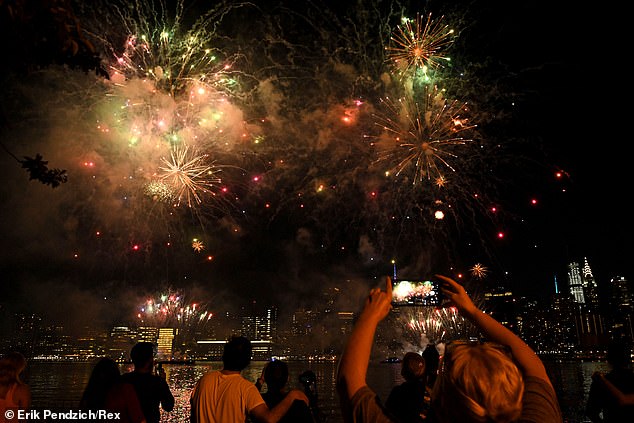 Spectators are pictured snapping pictures of the colorful display over Manhattan 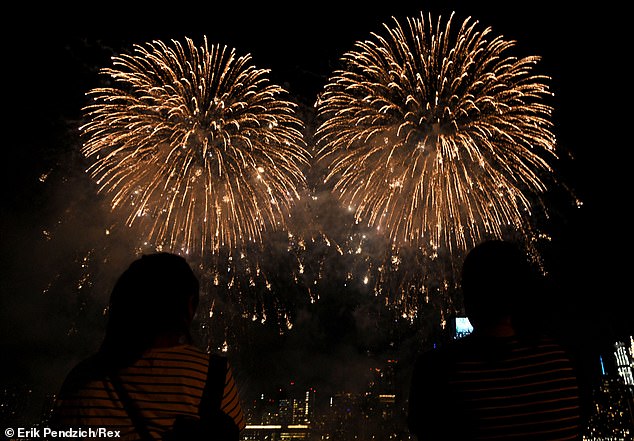 Spectators are pictured watching brilliant plumes of light during the show 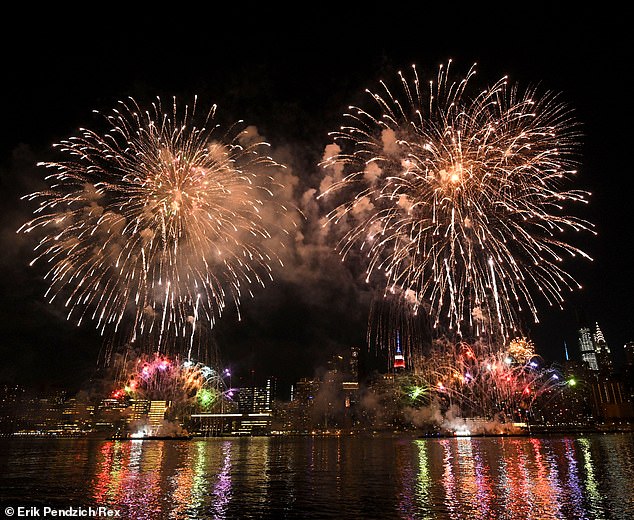 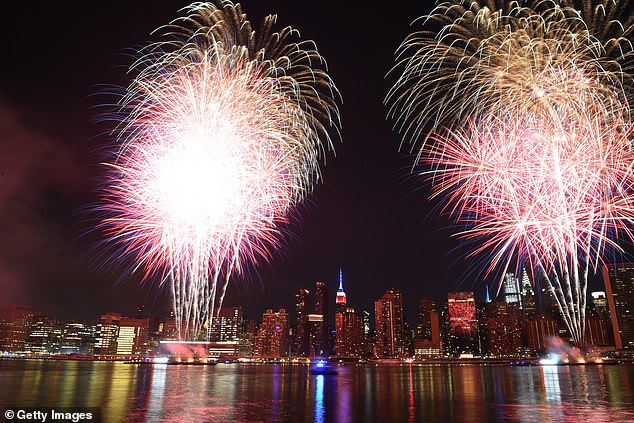 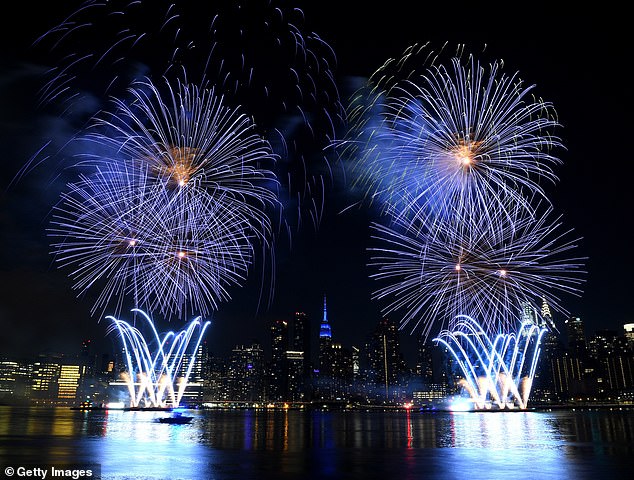 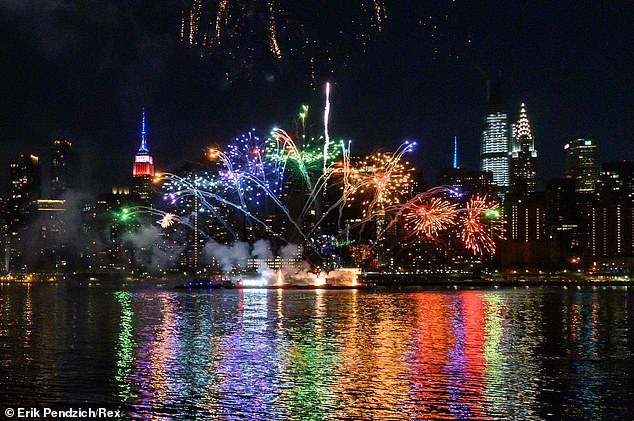 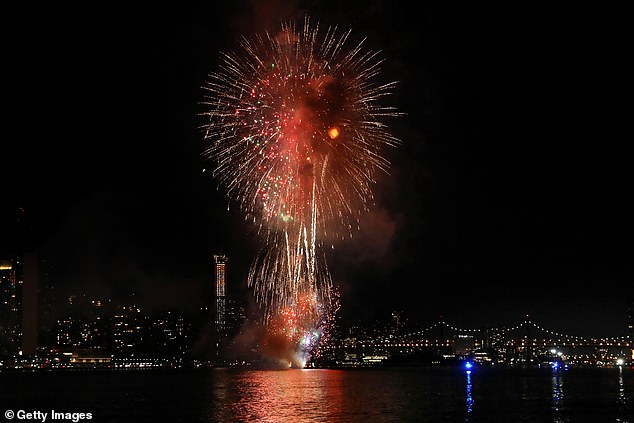 The displays, which are supposed to be visible from anywhere in the city, also come after Mayor Bill de Blasio faced strong criticism for failing to get illegal firework displays under control.

A task force has since been created to help clamp down on a surge in illegal fireworks use.

The show that kicked off Monday set fireworks at a ‘high elevation, unannounced’ to prevent people from gathering to watch them.

Macy’s and de Blasio’s office said the unusual celebration was a tribute to the city, which has endured so much during the coronavirus pandemic.

‘In reimagining this year’s show, the idea of bringing elements to many parts of our hometown resonated with our team and partners in the City of New York,’ said Susan Tercero, executive producer of Macy’s 4th of July Fireworks show.

De Blasio added: ‘These past few months have been some of the most difficult in our city’s history, and New Yorkers are looking for a break.

‘This 4th of July Celebration with Macy’s will give all New Yorkers a safe and exciting way to enjoy the holiday together, even when we are apart.’

Authorities are forming a new law enforcement task force to try to curb a surge in their use. 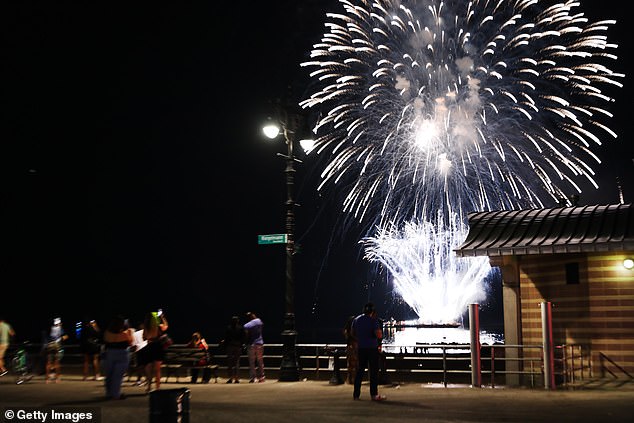 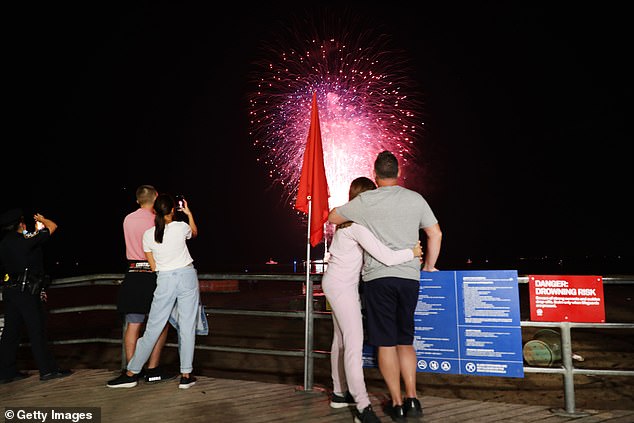 Couples are pictured enjoying the show from Coney Island 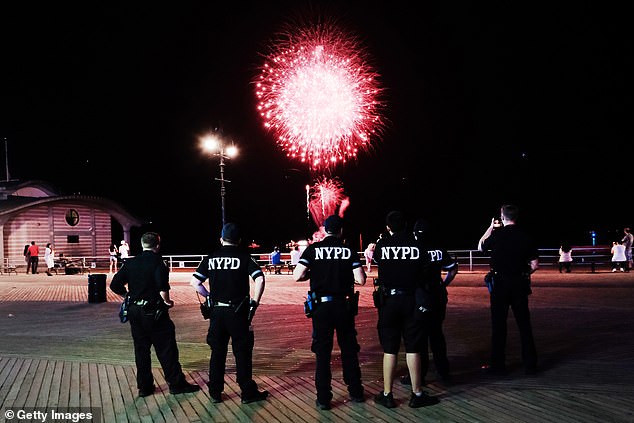 NYPD cops are pictured taking in the show from Coney Island

De Blasio said Tuesday that the team – made up of New York Police Department officers, fire department investigators and sheriff’s deputies – will use undercover buys and other methods to try to cut off the supply chain of fireworks coming from out of state.

Social media videos have shown a growing number of people setting off fireworks on city streets in recent weeks.

There has also been a spike in noise complaints of fireworks exploding throughout the night. 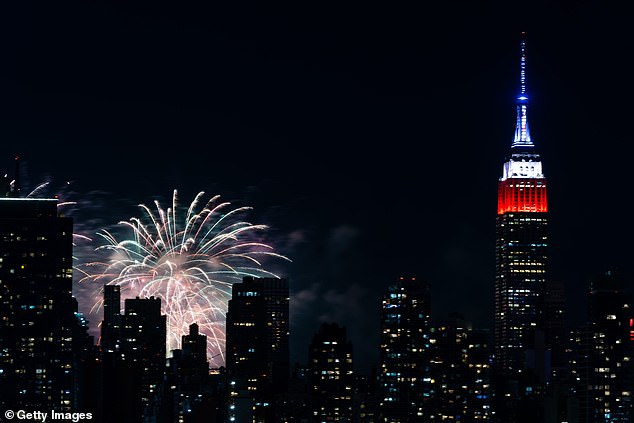 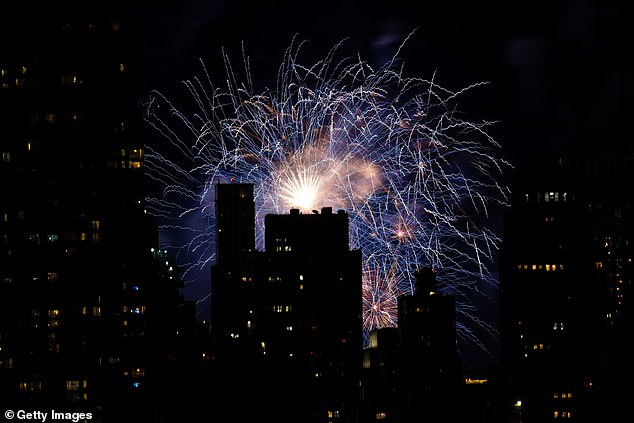 A crackling spectacle is pictured behind the city’s skyline

‘We’re cracking down on this activity at the source to ensure the safety of all New Yorkers and the ability of our neighbors to get some sleep,’ de Blasio said in a statement.

Eric Adams, the Brooklyn borough president, has told people not to call 911 about fireworks.

He said they should go out themselves to find and confront those who are shooting them off rather than get police involved. 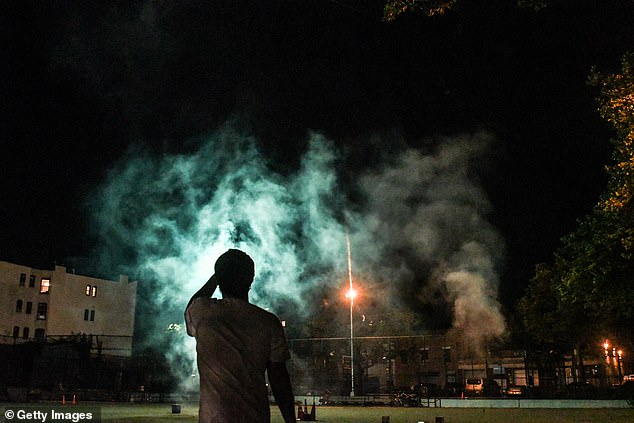