The despised killer and serial court pest was this week stung with more than 38 offences including abduction by force and aggravated rape.

He has already served more than 30 years for his role in the 1986 Russell Street police complex bombing in the heart of Melbourne’s CBD that killed 21-year-old Constable Angela Taylor.

Evil bomber and jailhouse killer Craig ‘Fatty’ Minogue in a police mug shot. Minogue has been charged over his alleged involvement in a sickening gang attack on a woman a day before he carried out the Russell Street bombing 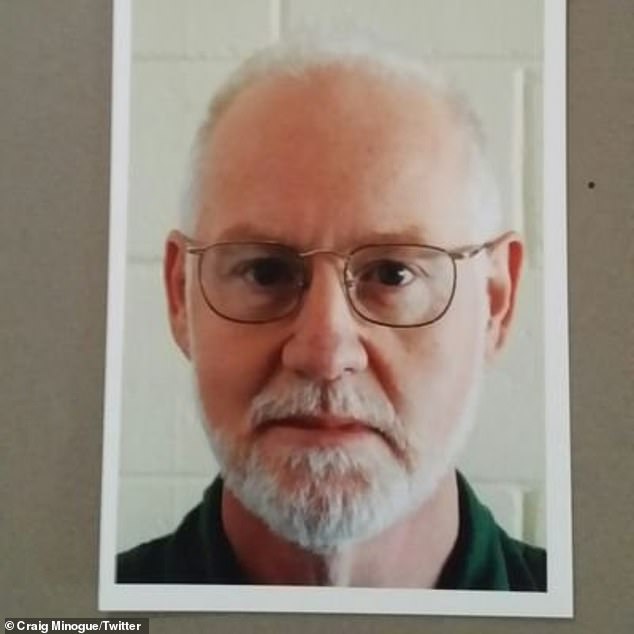 Craig Minogue as he appeared on Twitter recently. Minogue has become a pest of the court and the community with his insensitive rants from behind bars. He has been aided with a mate on the outside

It has been revealed Minogue’s alleged rape victim was inside the police station making a report about her assault when the car bomb outside went off.

The woman escaped without injury.

While speculation is rife the bombing may of had something to do with her presence inside the Russell Street cop shop, those that know the case intimately believe it was more likely a massive coincidence.

For Minogue and his gang of reprobate mates had been planning the attack on Melbourne for sometime.

Why exactly has never fully been explained.

What is known is that the men charged over the bombing had a deep-seated hatred for police and had been investigated over other crimes, including a series of armed bank robberies.

Some have speculated the bombing itself was done to create a diversion for a bank robbery the gang carried out later that day.

The latest allegations against Minogue, and his old mate Peter Michael Komiazyk (also known as Peter Reed) stem back to South Yarra in November 1985 and March 26, 1986 — the day before the explosion.

That assault allegedly happened at  Minogue’s house in Nunawading – southeast of Melbourne.

Another Russell Street bomber, Stan Taylor, was also said to be involved in dragging a woman off the street before she was raped for hours by multiple people in 1986.

The first victim was allegedly ‘blindfolded, bound, gagged and threatened with death’.

Taylor died in custody in 2016 after spending 30 years in jail for his role in the bombing.

Reed was acquitted over any involvement in the bombing but went onto be jailed for the attempted murder of two police he shot at during raids connected to it.

One of those officers later took his own life. 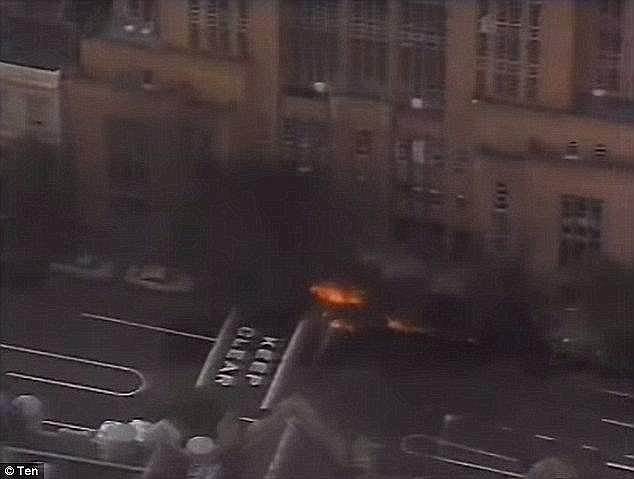 Carnage: The burning wreck of a car bomb on Russell Street after Craig Minogue and his mates attacked Melbourne. An officer was killed in the senseless attack and Minogue has rotted behind bars ever since

That Minogue could be accused of participating in such an evil attack against a woman comes as little surprise to Victorians, whom have been against the killer ever seeing the light of freedom ever again.

So despised is Minogue in his home state that Premier Daniel Andrews’ government last year introduced specific laws to keep him caged.

The laws were rushed through after Minogue won his High Court appeal against another law that designed to keep him in jail indefinitely. 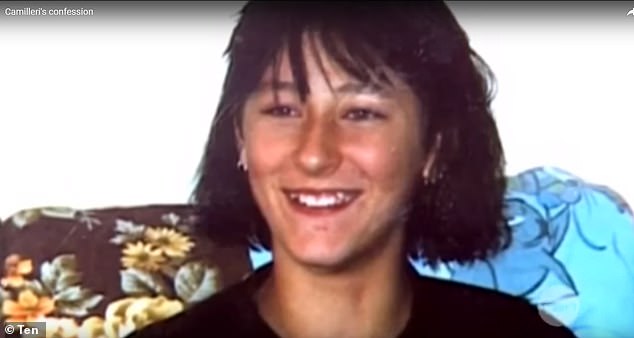 Prue Bird was murdered in supposed payback for one of the Russell Street bombers ratting against his mates. Craig Minogue allegedly threatened to kill the families of anyone who snitched on the fearsome crew 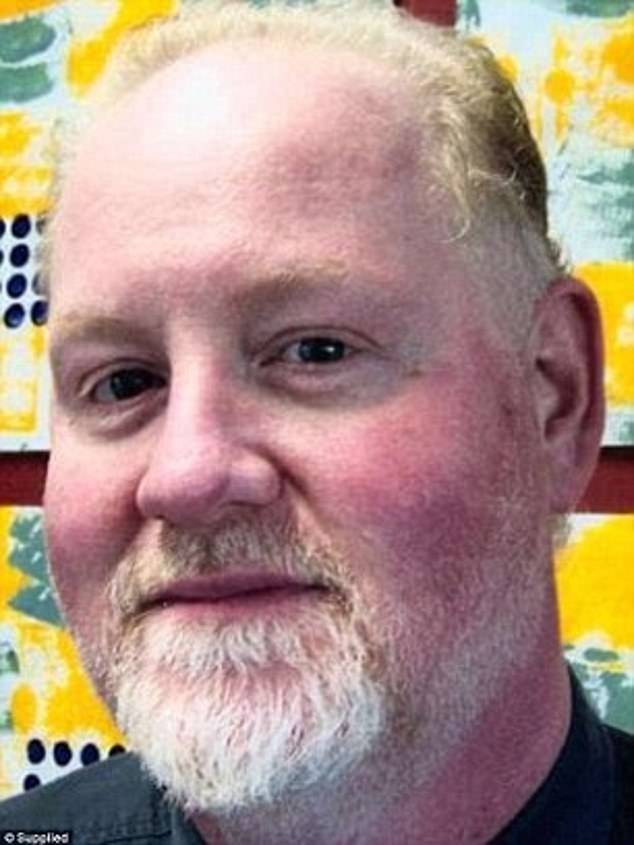 Craig Minogue refers to himself as ‘doctor’ while bothering the court. In jail he is called ‘Fatty’ due to his large structure. Although he appears to have lost weight going by recent jailhouse photos

In addition to being a cop killer, Minogue also has form for killing his own.

In July 1988, two weeks after his July 12, 1988, conviction, he killed multiple murderer Alex Tsakmakis inside Pentridge Prison by repeatedly smashing a pillowcase filled with gym weights into his head.

He was convicted of the crime and hit with another life sentence, but not a day was added to his existing minimum term over the bombing.

Should he be convicted again over the latest allegations, Minogue is again unlikely to have a day added to his non-parole period as the attacks happened before he committed the bombings.

The killer has been a controversial figure in Melbourne’s crime history even while trapped behind bars at Barwon Prison – Victoria’s toughest jail.

He has never been far from the headlines and even this year broke the news that drug lord Tony Mokbel had been stabbed behind bars.

He has been a frequent user of social media thanks to a little help from his friends on the outside.

So despicable is the grubby killer that he is still heard on radio bleating about his prison woes.

He got away with the grotesque insults to his victims by having a mate record his prison phone calls and then publish them online.

He was banned from calling the contact in March, which saw Minogue gain some support from bleeding heart rights activists who argued even a villain like Minogue had a right to make phone calls to the outside.

Minogue has long told anyone who could be bothered listening that he is now a changed man.

He is a regular time waster at the Supreme Court.

In 2017 he brought on a matter after being denied access to tarot cards and an Aldi catalogue sent to him in jail by a family member.

Minogue, who calls himself ‘an academic by occupation, but a prisoner for the time being’ was awarded a PhD in applied ethics, human and social services by La Trobe University in 2012.

In court, he is referred to by Supreme Court judges as ‘doctor’.

To police, Minogue’s name is associated with more unflattering titles.

His alleged involvement in a gang rape will come as little surprise to those who know ‘Fatty’ well.

He is still suspected of having a hand in another disgraceful murder linked to the Russell Street bombing.

In a crime that shocked the nation in 1992, 13-year old school girl Prue Bird was abducted from her Glenroy home and never seen again.

It was later revealed her abduction and murder was in payback for Minogue’s bombing partner Paul Hetzel turning rat on his mates when they were pinched.

Prue  was the granddaughter of Hetzel’s partner Julie. 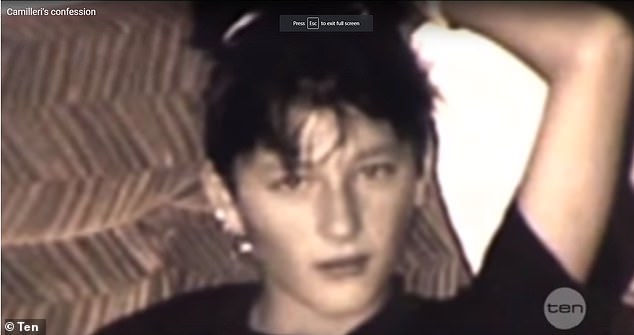 The murder of Prue Bird shocked and sickened Australia. She was later found to have been murdered by the same man who killed two girls in Bega in another crime that stunned the nation 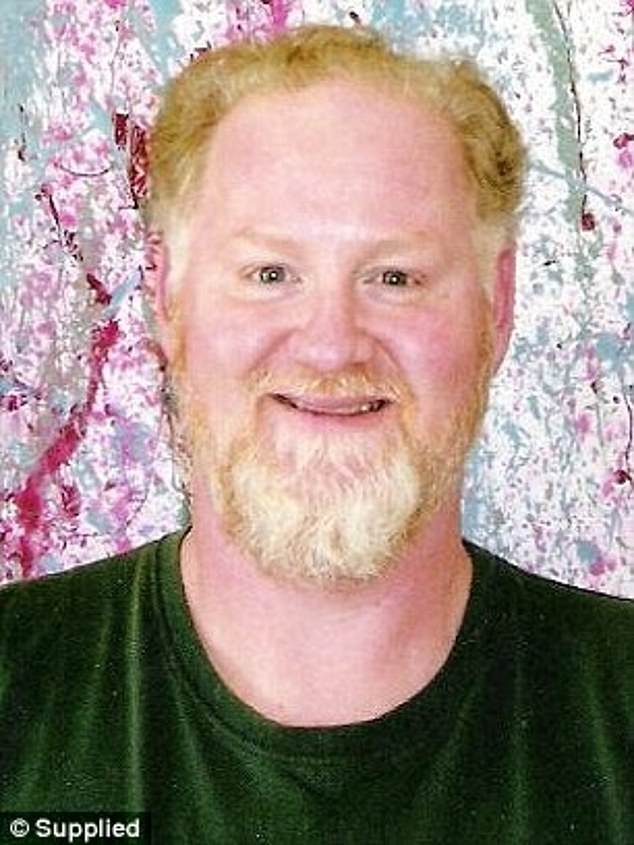 Craig Minogue has continued to deny any role in the murder of Prue Bird. Although many in the police force hold serious doubts he is telling the truth

In 2013, Les Camilleri was sentenced to a minimum of 28 years after pleading guilty to the murder.

Camilleri, who was already serving life with no minimum for the murder of two schoolgirls in Bega, claimed it had been a random attack.

Police claim Minogue had threatened that if anyone spoke to police he would kill them and their families, including a threat to Julie Hetzel.

‘It would be a shame if anything happened to your sweet little Prue, wouldn’t it?’ she would tell police.

While Minogue does not back away from his role in the bombing, he maintains he was not involved in Prue’s murder.

He became eligible for parole in 2016.