A curious start to the 2018 Glyndebourne Festival, with the first two productions – Puccini’s Madama Butterfly and Richard Strauss’s Rosenkavalier – revivals. And having a production first seen on tour as the season opener is unprecedented.

It’s particularly curious given the strong reservations then expressed about Annilese Miskimmon’s Madama Butterfly, especially Act I. But I don’t suppose that matters much; Glyndebourne’s first Butterfly is already sold out.

Act I really is a mess. It’s set in the marriage broker Goro’s office – even, incredibly, the love duet that’s at the very heart of the piece, and should, of course, take place in the altogether more romantic setting of the couple’s new home. 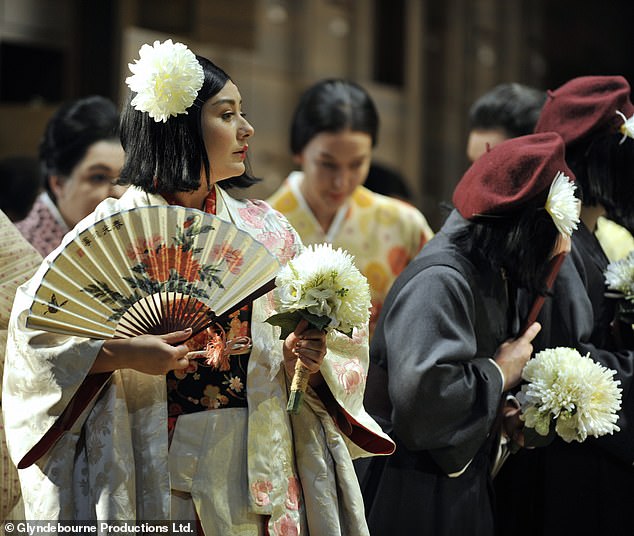 Act 1 of Annilese Miskimmon’s Madama Butterfly really is a mess, with newsreels of the post-war exodus of child brides from Japan to America being shown during the love duet

With Goro turned into a voyeur, another of those annoying little inventions Miskimmon introduces, Act I is a serious horror show.

Her ‘konzept’ is that Pinkerton’s undeniable exploitation of the teenage Butterfly can be likened to the post-war exodus of child brides from Japan to America, captured on newsreels of the time.

Some of these are shown, even during the love duet. Ruinous.

Happily, things improve in the second half, where, apart from making the Americans – Pinkerton, the consul Sharpless and Pinkerton’s new all-American bride – more than usually pushy and intrusive, Miskimmon lets Puccini, his librettists, the singers, and especially the conductor, the hugely promising Barenboim protégé Omer Meir Wellber, get on with it. 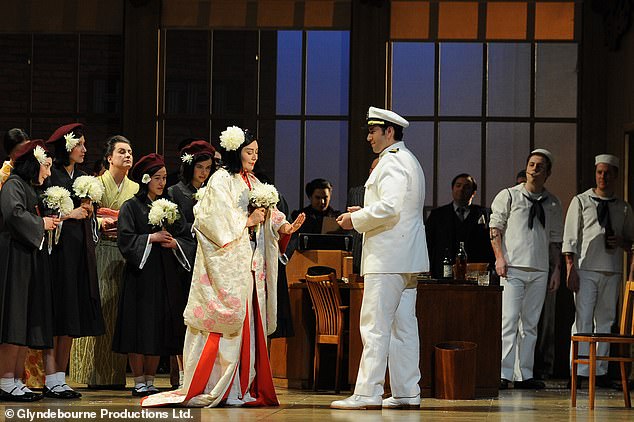 Things improve in the second half, as Miskimmon lets his cast get on with it, allowing Olga Busuioc as Butterfly (above) to demonstrate what a potentially superb dramatic soprano she is

Olga Busuioc’s Butterfly quickly grows in confidence, and by the end it was surely apparent to all what a potentially superb dramatic soprano she is. In Act I, though, she looked and sounded out of sorts; there was nothing of the vulnerable, teenage Butterfly about her vocally, while physically, in her shapeless kimono, she looked ready to go ten rounds with Anthony Joshua.

Her Pinkerton, Joshua Guerrero, lacked refinement and beauty of tone, while Michael Sumuel’s Sharpless bumbles around offering little in the way of vocal or dramatic authority.

Leaving the way open for a magnificent Suzuki from Elizabeth DeShong, who outsings all but Butterfly at her finest, and a compelling cameo from Carlo Bosi as the insinuatingly creepy Goro.