Kate and Gerry McCann would be hugely ‘disappointed but not totally surprised’ if the German investigation into Madeleine’s 2007 disappearance is dropped due to lack of evidence, MailOnline can reveal.

German prosecutor Hans Christian Wolters told the McCanns they had concrete evidence that Madeleine was dead in the biggest breakthrough in the 13 year case and said he hoped they could charge Brueckner within the next two months – but has added that their investigation won’t drag on forever.

Kate and Gerry McCann, pictured in April 2007 after a church service in Praia Da Luz, in the Algarve, are being kept appraised about the investigation by German authorities who are expected to comment further this week 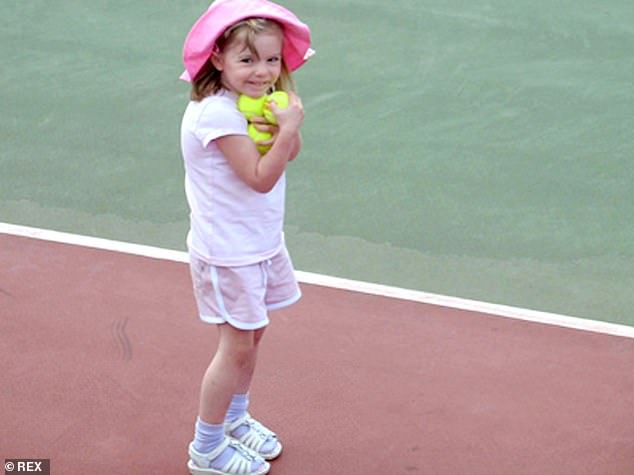 Madeleine McCann, pictured, went missing from her family’s holiday accommodation in Praia Da Luz on the Algarve in May 2007

Lawyers for Brueckner are due in the European Court tomorrow (Thurs) to argue that a 2005 rape conviction against him is unsafe and that he should be released from prison within days.

Mr and Mrs McCann, from Rothley in Lesicestershire, had their hopes raised but are now preparing for the worst.

A friend of the McCanns told MailOnline: ‘It looks like the latest suspect could be ruled out because there is not sufficient evidence to charge him which would be a huge embarrassment to the German authorities and very disappointing but not a total surprise to Kate and Gerry.

‘It had initially appeared such a vital and solid lead, and the breakthrough they had been dreaming of, but there seems to be a lack of any real evidence.

‘Kate and Gerry have had their hopes raised and dashed so many times before. All they want is answers and to find out what happened to their daughter after more than 13 years.’

‘It is a very frustrating and difficult time for them.’

Brueckner, who is currently in a German prison for drugs offences and is set to be starting a seven-year jail term for raping an American tourist, is hoping to be freed this week on a legal technicality. His appeal will be heard in the European Court of Justice in Luxembourg. 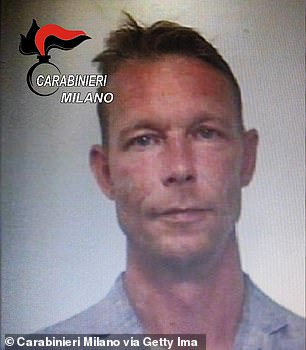 Mr Wolters had told the world he was convinced that Maddie, who vanished as a three-year-old from a holiday apartment in Portugal in May 2007, had been murdered. He said he even knew how she had died but had no idea where her body was.

He has now warned his team have no plans to ‘drag this out unnecessarily’ and said they would ‘draw a line under’ the investigation at some point.

Time is now running out as the three nation joint investigation, which has been embroiled in public spats, seek enough evidence to charge Brueckner with Maddie’s kidnap.

The McCann source said: ‘If inquiries into this suspect are dropped because of lack of evidence Kate and Gerry know that at least police have been trying and realise they can’t keep it going indefinitely.’

Former GP turned medical worker Kate and heart doctor Gerry cling onto a glimmer of hope that their daughter could still be alive. She would now be aged 17.

The couple, both 52, from Rothley, Leicestershire, had welcomed the high profile joint appeal in early June from British and German police for witnesses to come forward after naming 43-year-old Breuckner.

They said in a statement: ‘We would like to thank the police forces involved for their continued efforts in the search for Madeleine. All we have ever wanted is to find her, uncover the truth and bring those responsible to justice. We will never give up hope of finding Madeleine alive but whatever the outcome may be, we need to know as we need to find peace.’

If German authorities drop their inquiries into the latest suspect, the McCann’s are buoyed up knowing the search for Maddie is being continued by Scotland Yard. Their nine-year Operation Grange probe is set to get renewed Home Office funding to keep it going until at least spring next year.

A force spokesperson said: ‘The inquiry remains open and continues but we cannot give a running commentary on it.’

A spokesman for the Home Office, which is on the verge of formally approving the Met Police’s fresh request for more money, said: ‘We do not foresee a problem and often grants, in special cases like this, are given retrospectively while work is still being undertaken.’

So far Op Grange has cost the taxpayer £12 million.

The friend of the McCanns added: ‘Kate and Gerry have always held the British Police in the highest regard and have put their faith in them completely during the search for their daughter. They are relieved and remain very grateful that a UK force is still actively involved in the search for Madeleine.’

Portuguese police continue their search of remote disused wells near Praia da Luz, the resort Maddie vanished from, in the grim hunt for her body. Three have already been examined with up to 20 more expected to be targeted in the coming days.

The McCanns have remained ‘on tenterhooks’ after learning of the latest police activity in The Algarve. The source said: ‘It is a period of prolonged agony. They have still absolutely no idea what evidence police have and no idea if their daughter is dead or alive. They remain on tenterhooks during this time.’

The family’s former spokesman Clarence Mitchell said: ‘Kate and Gerry want answers and while the Met are still treating Madeleine’s abduction as a missing person rather than a murder inquiry it gives them a glimmer of hope. They will continue to hope until there is incontrovertible evidence which proves Madeleine is dead.’