Madlin Sims doubles down on SSM ‘vote No’ sacking

‘I don’t want homophobes working for me’: Businesswoman Madlin Sims confirmed she let go a contractor after the worker uploaded a photo with an ‘it’s OK to say no’ frame

The Canberra businesswoman who fired a worker after a ‘Vote No’ Facebook post has doubled down on her decision – claiming the woman was a ‘risk’ and was also racist.

Daily Mail Australia revealed on Monday that Madlin Sims, who runs a party entertainment company in the ACT, had fired a contractor following a social media post.

The staffer had posted a photo to Facebook with a frame around it which said ‘it’s OK to vote no’ – the slogan for campaign against same sex marriage.

But the sacking has sparked a huge uproar with the official No campaign claiming her actions were proof Yes supporters want to punish people who disagree with them.

‘This contractor being let go… was not because I oppose her views on marriage equality,’ she claimed.

‘She was let go because her actions showed she is extremely out & proud about her views on homosexuals and as someone who, as I said before, has an responsibility to the vulnerable people we work with, could not risk her voicing those opinions to any children of ours. 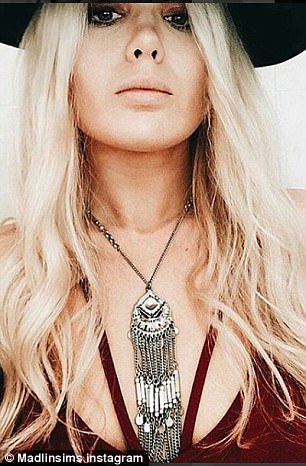 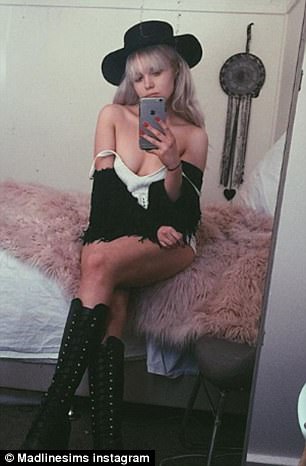 Ms Sims (left, right) explained the contractor had represented her business online: ‘That’s not something I want to be affiliated with’ 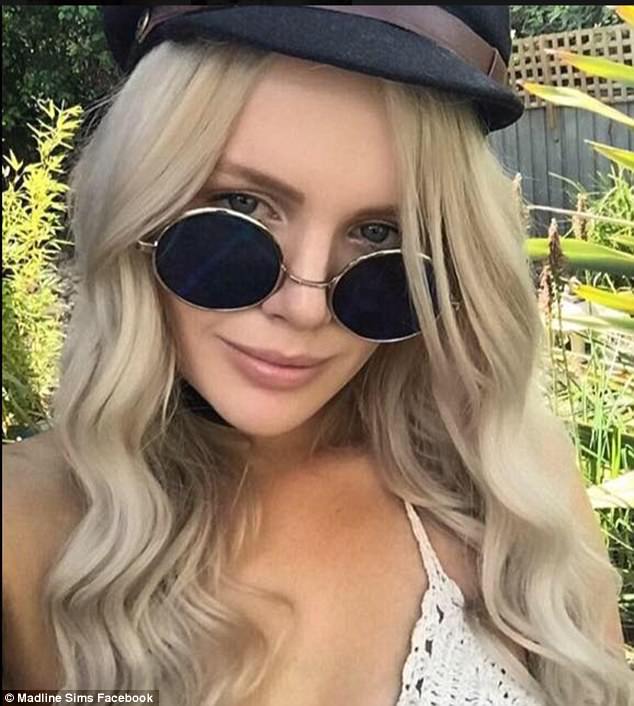 ‘Today I fired a staff member who made it public knowledge that they feel ‘it’s okay to vote no,” Ms Sims said

She claimed the worker had recently posted online about how ‘Australia was built on white Christianity and we need to respect those views.’

Ms Sims said: ‘Not only did I realise I had a homophobe but also a racist on my hands.

‘Now, I’ve been called a sk**k, wh*re, b***h, putrid, s**t. Someone even brought up my stance on refugees and said they hope by 2 year old son gets raped for it.

‘My brother has received death threats and been called horrible names.

‘Please, keep it coming. All the backlash from homophobes is being saved and sent through to the Senate inquiry.

‘You’re fighting for the yes debate with your cruel reactions and responses to this situation.’

The contractor has not been identified.

In her initial announcement, Ms Sims said: ‘Today I fired a staff member who made it public knowledge that they feel ‘it’s okay to vote no’.

‘Advertising your desire to vote no for SSM is, in my eyes, hate speech. Voting no is homophobic’. 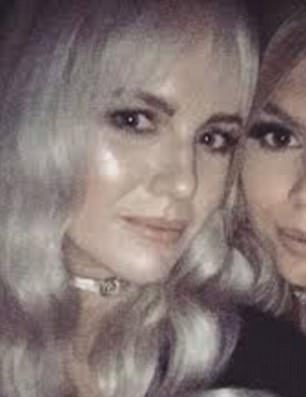 Ms Sims said she was ‘completely within my rights’

The No campaign were quick out of the blocks to condemn the decision.

A spokeswoman for the Coalition for Marriage, Monica Doumit, said in a statement: ‘Despite adamant and repeated claims by leading same-sex marriage advocates that freedom of speech is not a risk, this week a contractor has been sacked after expressing their view that it’s ok to say no.

‘(The) report indicates that there is an appetite on the part of ‘yes’ campaigners not only to silence, but punish, those who disagree,’ Ms Doumit said.

She claimed further:  ‘This won’t stop if the law changes. On the contrary, same-sex marriage activists will feel emboldened by the change in law and seek out dissenters for ruin.’

Ms Doumit added that ‘a family’s livelihood is gone because of the radical left’s agenda to silence those who don’t agree’.

‘These are the lengths activists will go to shut down any conversation or debate around same-sex marriage.’

Ms Sims has since said the woman had been let go in a ‘civil manner’ and was ‘completely within my rights’. 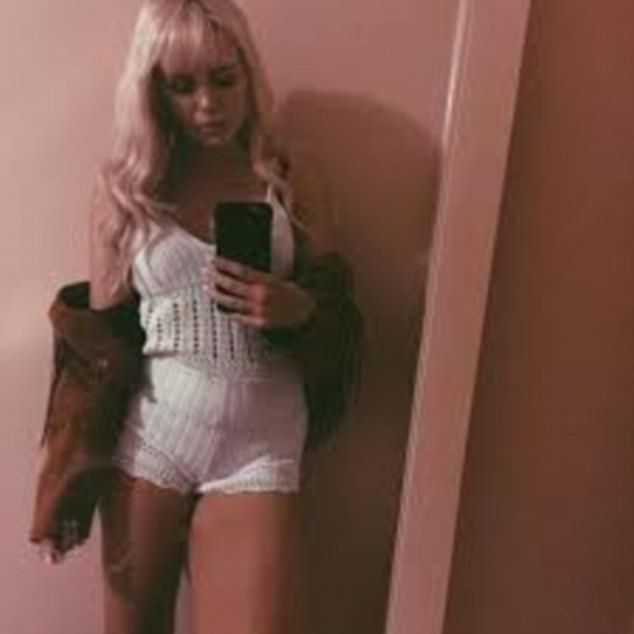 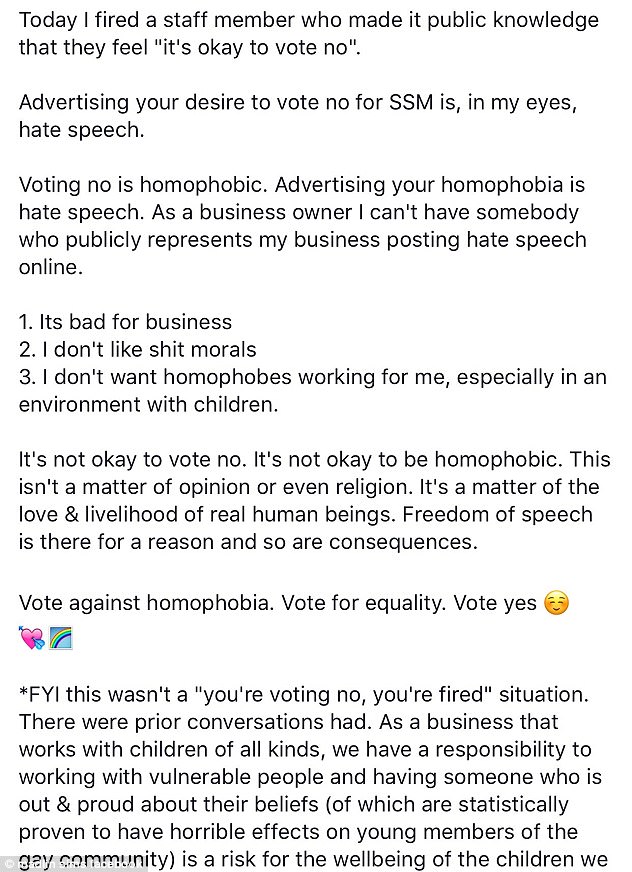 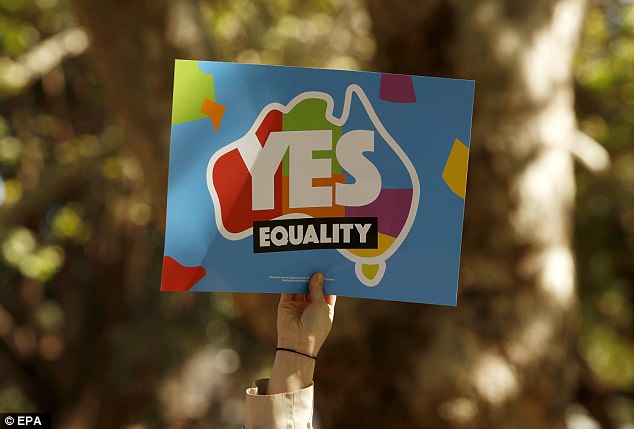 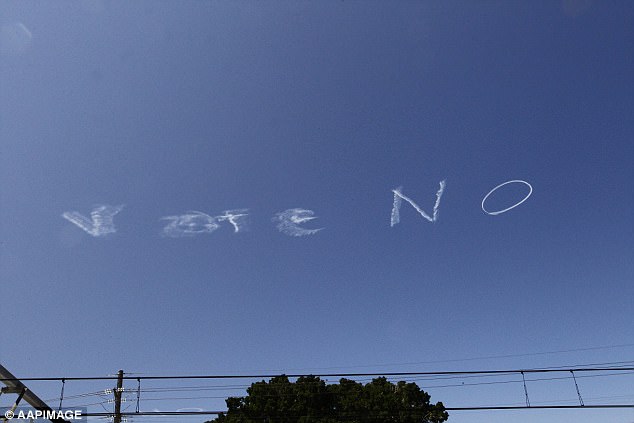 Speaking to Daily Mail Australia, Ms Sims explained the contractor had been representing her business by often posting photos of parties she worked at.

The small businesswoman said she didn’t want the woman’s views associated with her company.

‘It’s all quite public she worked for the business… That’s not something I want to be affiliated with,’ she said.

She compared it with employing a staff member who posted racist material online. Ms Sims added she had gay friends, staff members and clients.

‘It’s just like if I had a racist person working for me especially someone who’s so vocal with their beliefs.’

In the post, Ms Sims urged her friends to vote ‘yes’ in the upcoming same sex marriage survey and listed three justifications for her staffing decision.

‘1. It’s bad for business. 2. I don’t like s*** morals. 3. I don’t want homophobes working for me, especially in an environment with children.’

She explained: ‘FYI this wasn’t a ‘you’re voting no, you’re fired situation’. There were prior conversations had’.

The apparent sacking is likely to spark the ire of the No campaign, which has made concerns about freedom of expression a major plank of its argument.

The result of the postal survey will be made public on November 15.