Fans paid hundreds of pounds to get in as Madonna belatedly played the first of her UK dates last night. But those planning to record their presence on their phones were in for a disappointment.

The singer, 61, has banned the use of mobiles and smart watches at her 14-night London Palladium residency, part of the Madame X world tour.

Instead concert-goers are forced to lock away their devices in special fabric cases as they enter.

This means they can carry the phones but not use them until after the show when they swipe the case to deactivate the magnetic lock on their way out. 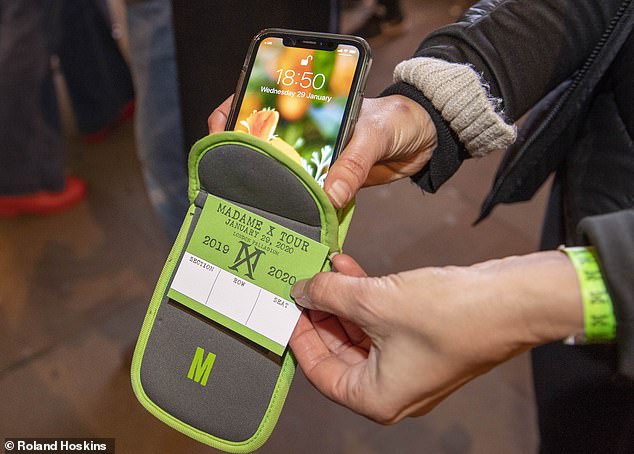 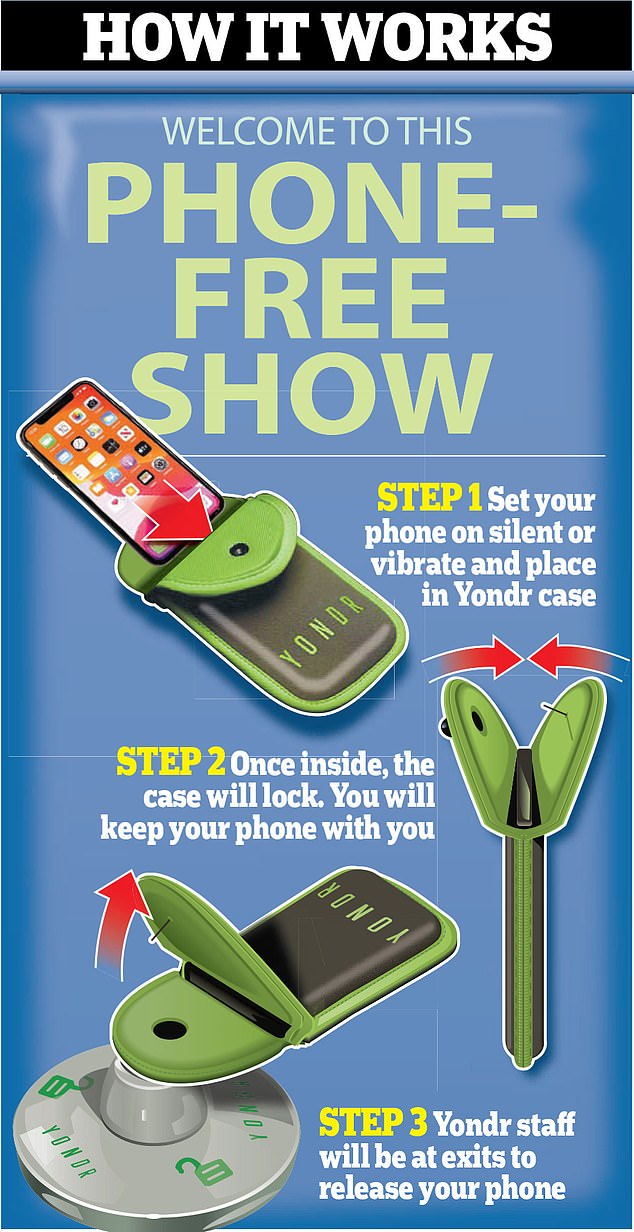 Anyone trying to smuggle in their phone and use it faces being ejected by security staff.

Many die-hard Madonna fans – some of whom spent £500 or more for a ticket – were unfazed by the no-phone rule last night. Michelle Webb, 60, and her son Jack Webb, 35, from Bermondsey, south London, supported the pop star’s decision.

‘It’s so annoying when you’re standing there and everyone is just too concerned with watching the show through their phone,’ Mr Webb said.

‘There will be a DVD anyway so just buy that and enjoy the experience when you’re there. It’s also better for the performer.

‘They can see your eyes and see you’re enjoying it rather than staring out into a sea of phones.’

Mr Zeose, a professional dancer, said banning phones was ‘definitely a good thing’. He added: ‘On social media you can see everything, but you can only properly see it when you go to the show. It’s a unique experience. It’s way more intimate.’

Other fans were less impressed, however. Rino Al Kadi, 30, a pharmacist who lives in Canada, paid £700 for his ticket for a show.

‘There’s a special flavour in keeping your own footage from every show,’ he said.

‘And now she’s so close to the audience it would be a great chance to take photos or try a selfie. It would be much more fun to have a memory like that from the day but it’s OK, it’s her decision.’

Security was tight at last night’s concert, with bags no bigger than around 7in by 5in banned – as were press photographers. 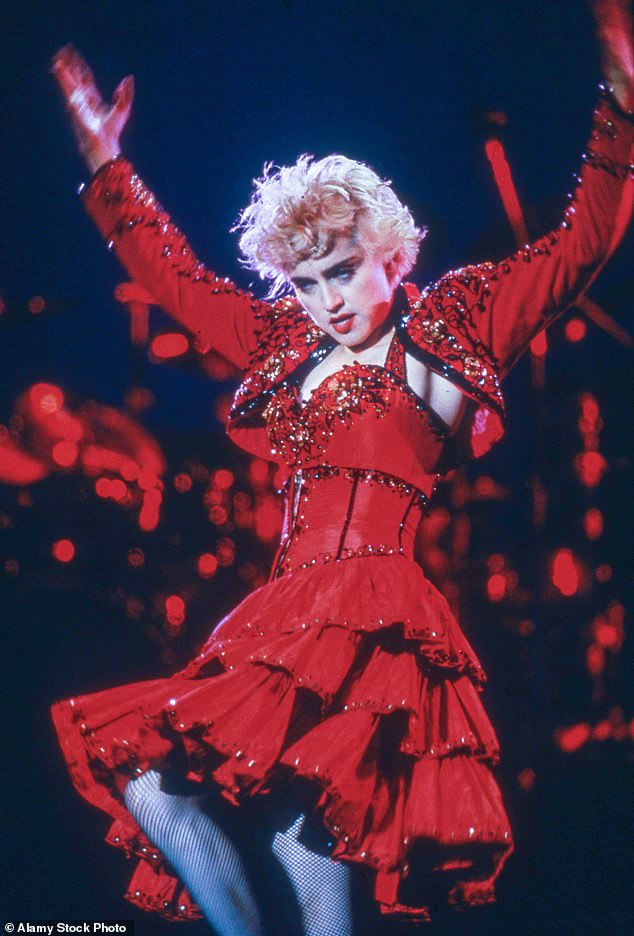 During the tour, Madonna has been taking one Polaroid per concert, which she auctions to an audience member, with the money going to her charity, Raising Malawi.

She implemented the phone ban from the start of the tour in New York in September.

She is one of a number of artists moving towards phone-free gigs, with Alicia Keys and Guns N’ Roses previously using Yondr, the US firm hired by Madonna to ensure mobiles are locked away.

Kate Bush asked fans not to use their phones to record her comeback shows at Hammersmith Apollo in 2014. The reclusive singer said she wanted fans to ‘share in the experience together’.

Last night marked Madonna’s first Madame X gig in London after she pulled out of Monday night’s opening show due to injury – the tenth cancelled date of the world tour. The singer told fans she was ‘deeply sorry’ but that she needed to ‘put her body and her health first’.

‘Under doctors guidance I have been told to rest for a few days,’ she wrote on Instagram. 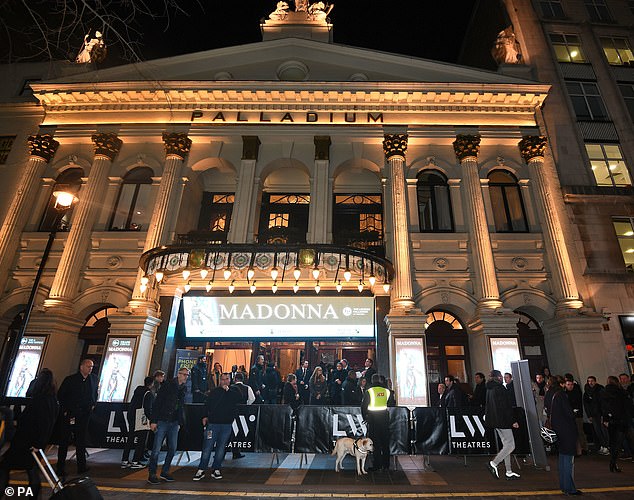 The singer, who implemented the phone ban from the start of the tour in New York in September, will hold her 14-night tour at the London Palladium

‘As you all know, I have injuries that have plagued me since the beginning of the tour but I must always listen to my body.

‘Please know that it hurts me more than you can imagine to have to cancel any shows.’ She also cancelled dates in New York, Miami Beach, Los Angeles, Boston, and Lisbon.

Madonna assured fans that she was ready to perform before the concert yesterday, sharing a video of her daughter Estere drumming backstage with the all-female backing act Orquestra Batukadeiras, who are from Portugal, where the singer now lives.

Tickets for some London dates were still on sale last night for up to £511.50. Resale websites were demanding more than £700.