Lucky Star: Madonna boasts how she made it with just ‘$35 dollars and a dream’ long before ‘Instagram, Twitter or TikTok’… in inspirational throwback

According to her own legend, Madonna Louise Ciccone arrived in New York City from Michigan back in 1978 with just $35 in her pocket, a pair of ballet pumps, and a dream.

The rest, of course, is pop music history.

Her rags-to-riches fable has been told many times, and also contested by her brother Christopher Ciccone, who claimed in his acid-tongued tell-all ‘Life with My Sister Madonna’, that she actually had a lot more money, and a plethora of contacts at her disposal.

But on Thursday, the 61-year-old music icon referenced the anecdote in a throwback photo of herself from that era, which made the point she had made her mark before platforms such as YouTube, Vine, The Voice and American Idol were around to help struggling artists transform into megastars.

Madge further pointed out that there was ‘No IG, Twitter or Tik Tok either!’ in the caption under the snap, which showed her dressed in a large rain coat, while striking a pose in the Big Apple.

Confusingly, the post also claimed that there was ‘No Disney’ around then, despite the fact that the entertainment conglomerate was founded in 1923. 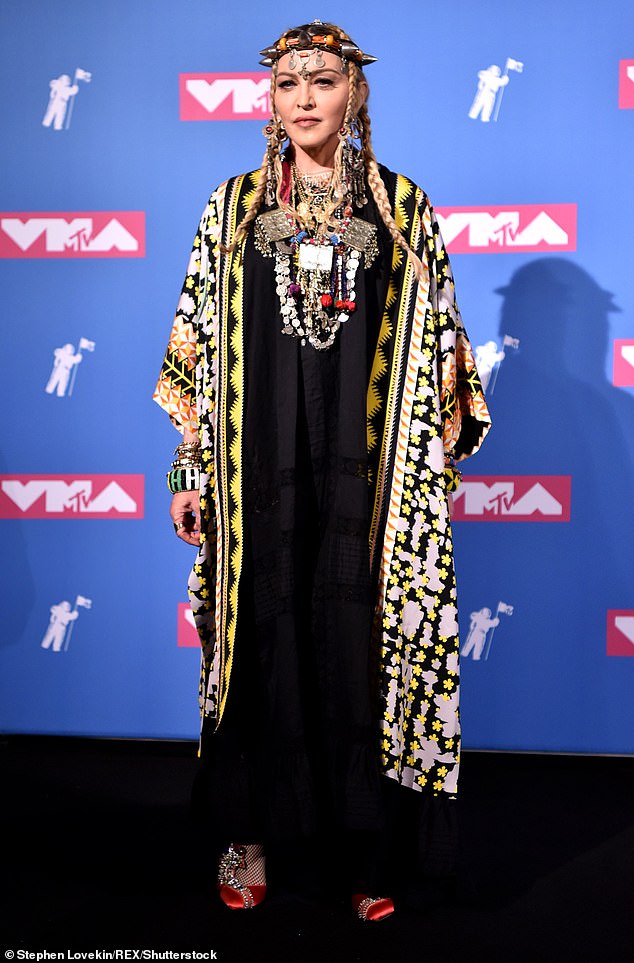 Like a Legend: Madonna is one of the most influential and groundbreaking musical artists of all-time (pictured above at the VMA awards in 2018)

The performer went on to become one of the most influential and groundbreaking musical artists of all-time, referred to as the ‘Queen of Pop’ since the ’80s, after releasing iconic albums such as Like a Virgin (1984), True Blue (1986), and Like a Prayer (1989.)

She has also gone on to earn a staggering fortune – currently estimated to be somewhere between $570-800 million – meaning she made quite the savvy investment on that proverbial $35 dollars.

Sadly, more recently Madonna has been upsetting her fiercely loyal fan base with some unfortunate social media activity – including peddling conspiracy theories about the deadly coronavirus. 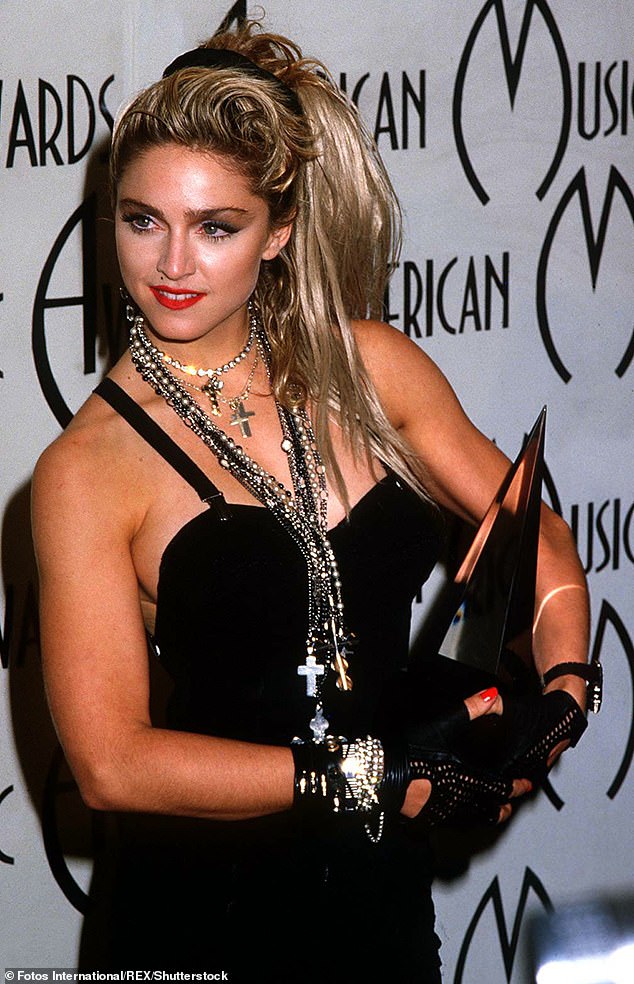 Queen of Pop: Madonna – pictured at the American Music Awards in 1985 – has often peddled the story that she arrived in New York City with just $35 in her pocket

Last month, she was censored by Instagram for supporting COVID-19 conspiracy theories that appeared to share false information about the pandemic, suggesting that the controversial hydroxychloroquine is a ‘cure.’

Madonna called Texas-based doctor Stella Immanuel her ‘hero’ who has made many outlandish claims, including that endometriosis can be caused by ‘sex demons.’

Madge previously caused anger when telling fans the virus was the ‘great equalizer’ between the rich and poor, while bathing in a luxurious marble bathtub filled with rose petals.

It’s certainly been a challenging time to be a Madonna fan, with one writing on Twitter following her conspiracy theories: ‘I am not excited to have lived long enough to see the moment Madonna became a Karen.’ 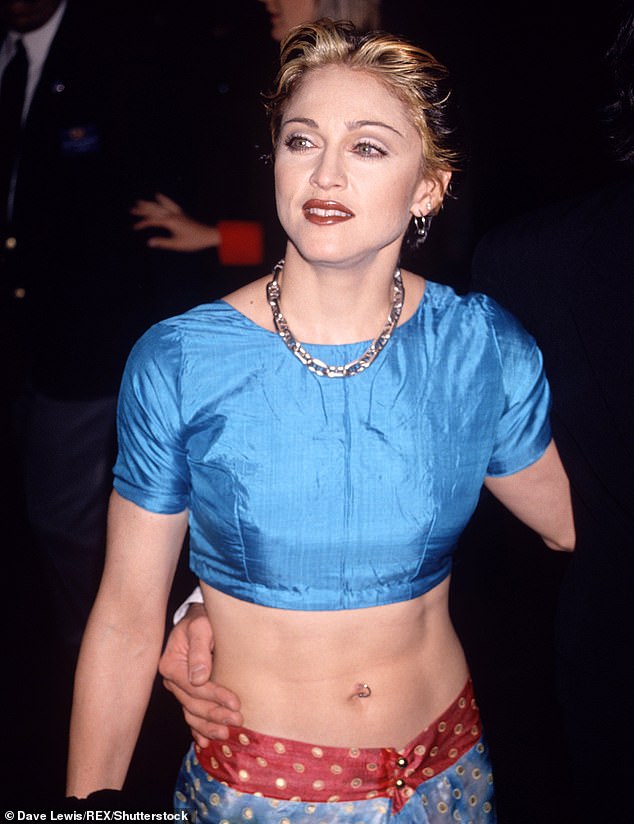 Enduring: Even some of Madonna’s most loyal fans have been tested by the singer’s strange activity on social media in recent months (pictured above in 1994)

Even actor Billy Eichner felt compelled to tweet after her most recent snafu, telling followers: ‘[That feeling when] your chosen pop icon who means so much to you just bewilders and disappoints you and really f****** bums you out. Oh well. Life is a paradox, as she is known to say.’

Hopefully Madonna will learn her lesson well, and listen to the feedback of her adoring fans, who have helped turn her into a legend.

She will next appear on new pop sensation Dua Lipa’s remix album, with the pair collaborating on the track Levitating, alongside Missy Elliott.

Her last album, Madame X, was well received by music critics, who applauded the singer for her daring work on the record.