Madonna shares Thanksgiving photo of all SIX children in Malawi

Madonna has shared a rare of all six of her children together as they celebrate Thanksgiving in Malawi.

The 60-year-old pop icon accompanied the snap with a gushing post about her love for them and said her career doesn’t come close to what they mean to her.

She captioned the image with the words: ‘What I am Most THANKFUL for! My Children have led me down roads and opened doors I never imagined I’d walk through.

Her family: Madonna shared a rare photo of all SIX of her children as they spend Thanksgiving in Malawi… saying ‘fame, fortune and records broken’ don’t come close to them

‘Fame , Fortune and Records Broken could never equal that which I treasure and value most. #blessed #grateful #family #Happy ThanksGiving from Malawi!’

Madonna’s eldest daughter, Lourdes, 22, from her relationship with dancer Carlos Leon, 52, wore a red strappy dress as she put her arms around one of the twins.

She stood next to Rocco, 18, from Madonna’s marriage to film director Guy Ritchie, 50. He wore a vintage inspired ensemble and dark sunglasses. 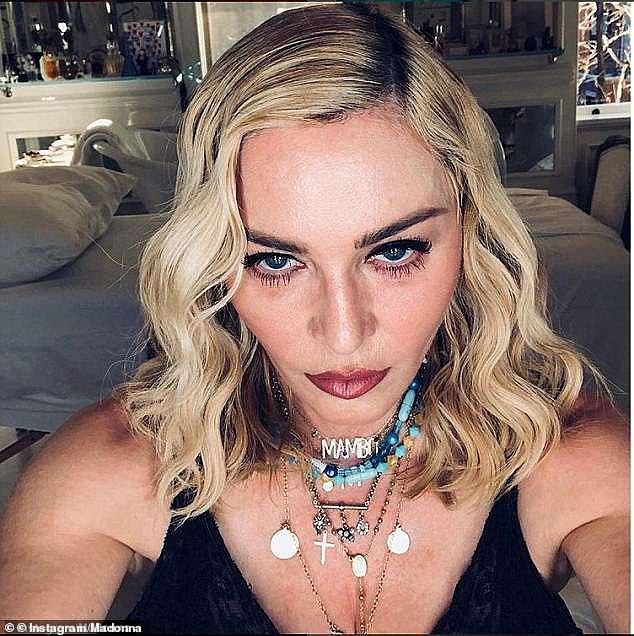 Love: She said: ‘Fame , Fortune and Records Broken could never equal that which I treasure and value most. #blessed #grateful #family #Happy ThanksGiving from Malawi’

In 2006, Madonna adopted David Banda, now 13, from the Home of Hope in Malawi. He was battling pneumonia and malaria at the time.

She said at the time that she struggled with the criticism she faced when adopting the little boy she was trying to save.

In an interview with PEOPLE, she said some time later: ‘In my mind, I was thinking, “Wait a minute. I’m trying to save somebody’s life. Why are you all s****ing on me right now?’ I did everything by the book.’

The singer also told the publication that it was a ‘low point’ in her life and every night, she would ‘cry herself to sleep.’

David is a keen footballer and in August 2017, Madonna moved to Lisbon after David joined the Benfica football team youth academy.

She often posts pictures of them on her Instagram singing and dancing to music and wearing matching outfits. 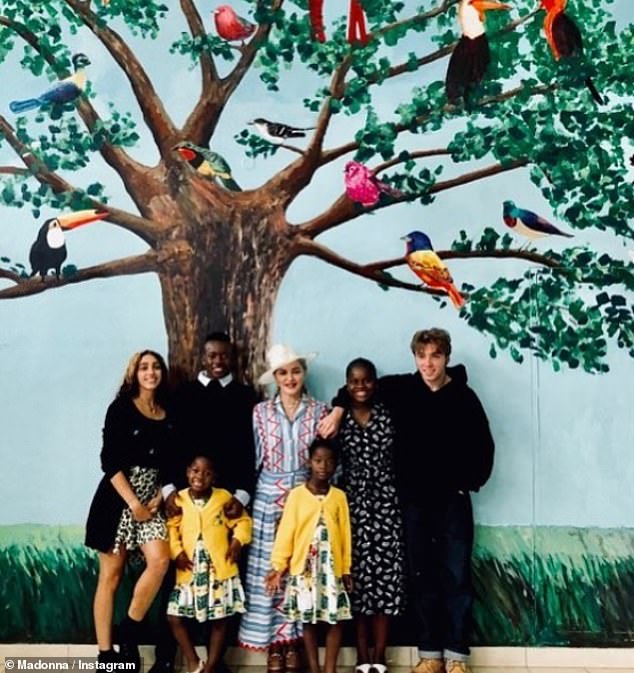 Doing good: The pop icon likes to take her family back to Malawi – as she has a strong connection to the area