The first cast member from Married At First Sight’s upcoming sixth season has been exclusively revealed by Daily Mail Australia.

Aspiring actor Samuel Ball has already started filming ‘backstory’ scenes for the reality TV show, and will ‘marry’ his soon-to-be bride in September.

The tattooed gym junkie, 26, is based in Sydney and works as a fitness model and occasional television extra.

Wedding bells! Samuel Ball, 26, is the first groom confirmed for the upcoming sixth season of Married At First Sight

Samuel launched an acting career earlier this year, scoring small roles on Home and Away and Foxtel’s Secret City.

When he’s not making money modelling and acting, it appears he works as a tradie.

Sam sports pearly white teeth, a golden tan and heavily-tattooed muscles that will that will surely get pulses racing once MAFS returns early next year. 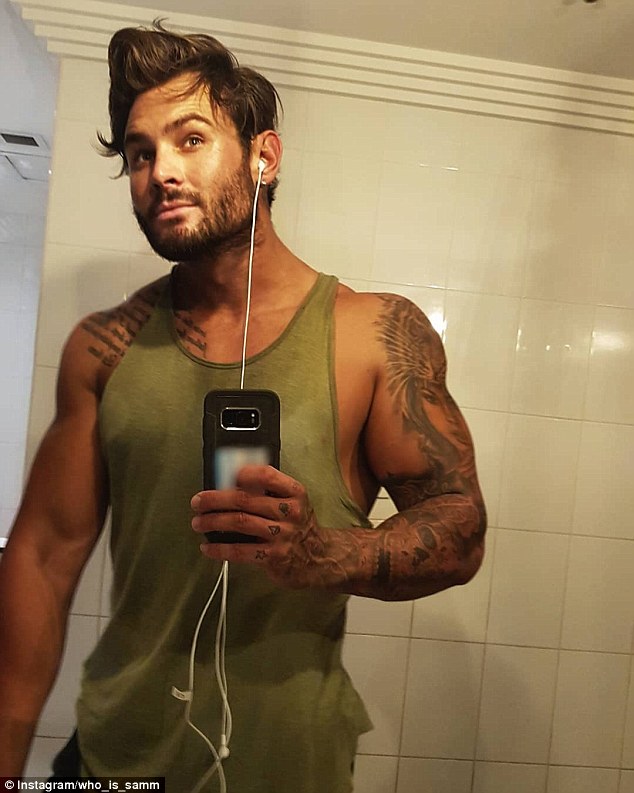 Self-ie obsessed! The aspiring actor has already started filming ‘backstory’ scenes for the reality show and will ‘marry’ his soon-to-be bride in September 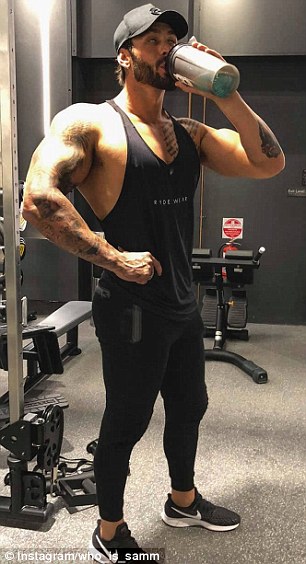 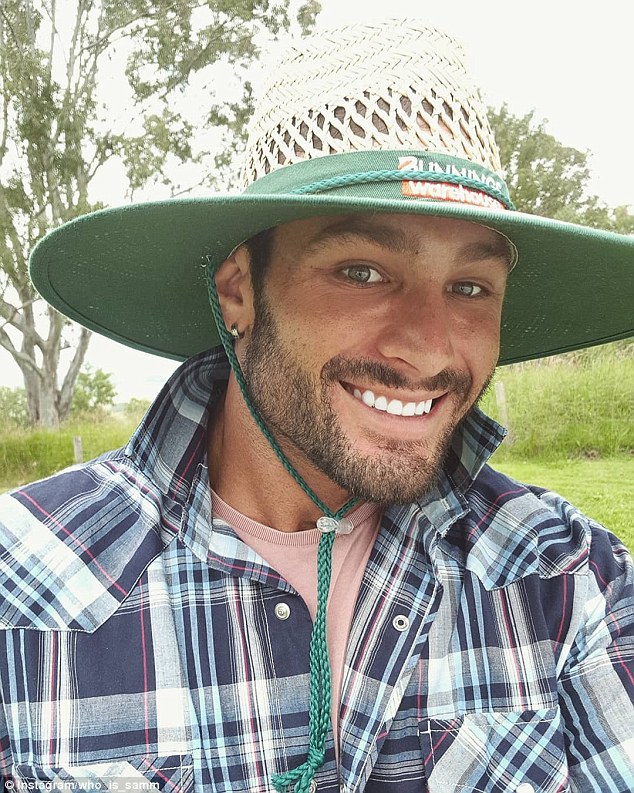 Lights, camera, action! Sam launched an acting career this year with bit parts as an extra on both Home and Away and Foxtel’s Secret City 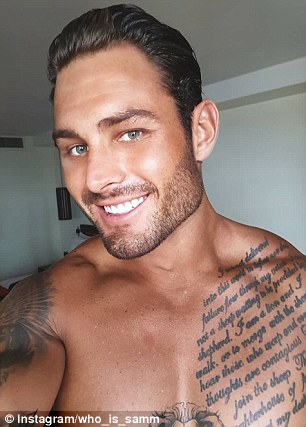 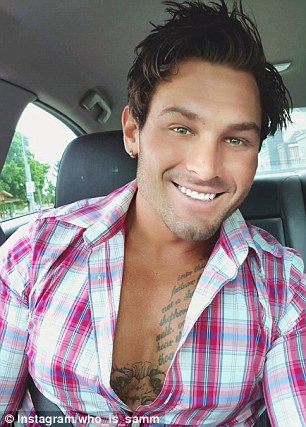 Say cheese! The model and actor’s pearly white smile is sure to melt hearts on the upcoming season of MAFS

His appearance on MAFS was confirmed after the show’s executive producer shared a photo from a production meeting with senior story producer Peter Cunningham.

The notes revealed that Sam would be shooting his ‘backstory’ scenes and meeting with the show’s ‘experts’ between August 20 and August 31, and then indicated that his wedding would take place on September 10. 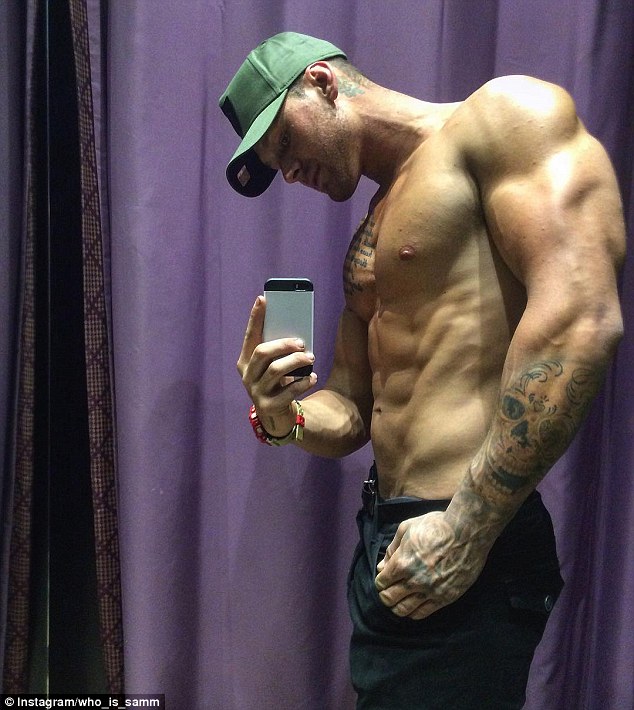 Quick change: Sam loves a selfie, with the future reality star taking a few moments in the change room to snap himself (pictured) 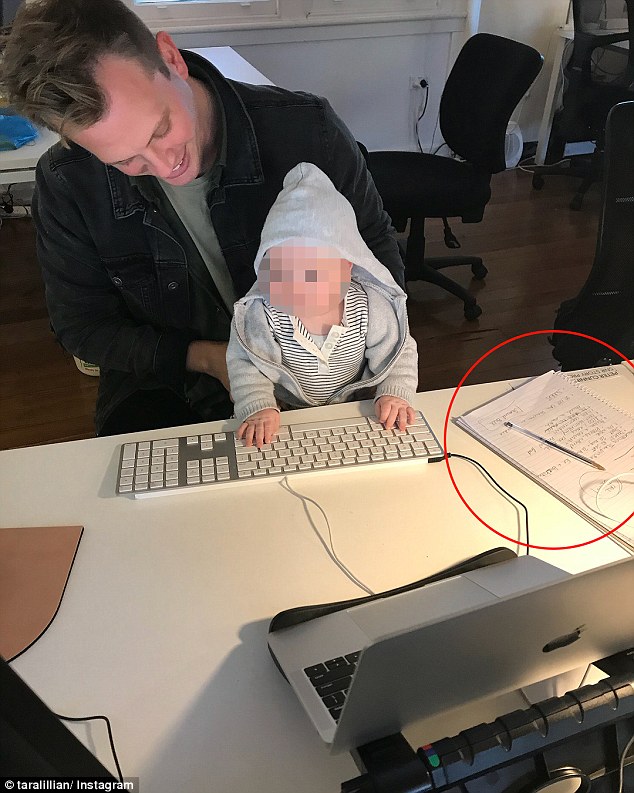 Busted! Sam’s spot on MAFS was confirmed after the reality show’s executive-producer and story producer shared a photo to social media with a notepad full of production notes visible

It also said that he had ‘no work,’ had made a ‘firm commitment’ and that they’d ‘found a match’ for him.

Additionally, the model’s day rate for filming was revealed to be $150 per day.

Sources have since confirmed Sam’s casting to Daily Mail Australia. 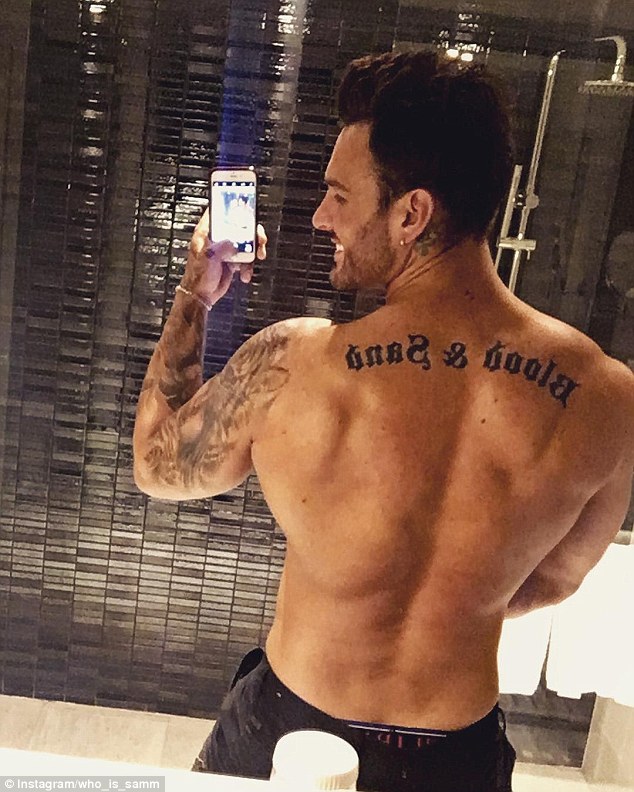 ‘Blood and sand’: The wannabe actor is covered in tattoos, including one on his back 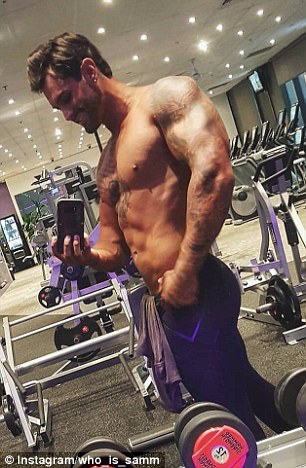 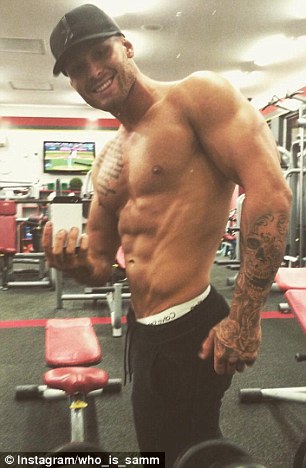 Who needs a shirt! The handsome hunk isn’t shy and loves working out shirtless at the gym 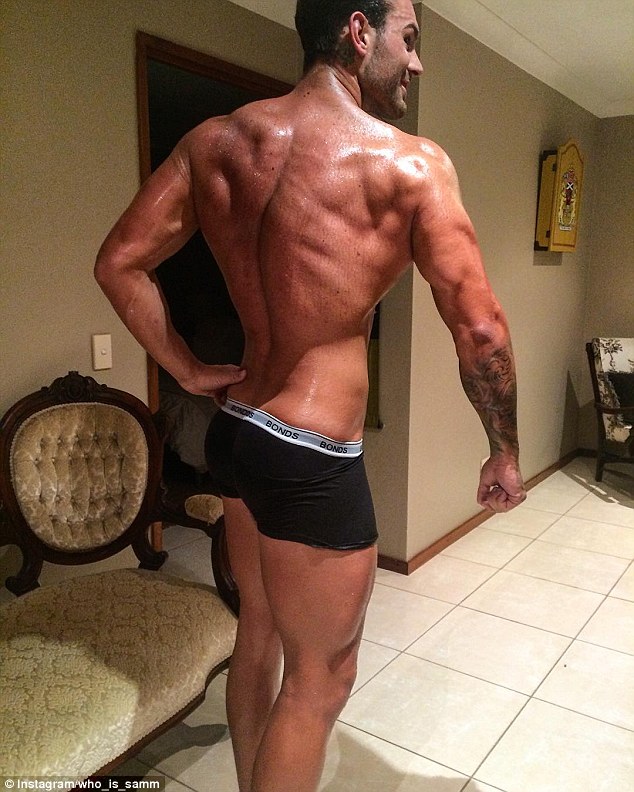 Shredding for the wedding! In this image, Sam showcases his muscular physique in a pair of Bonds underwear 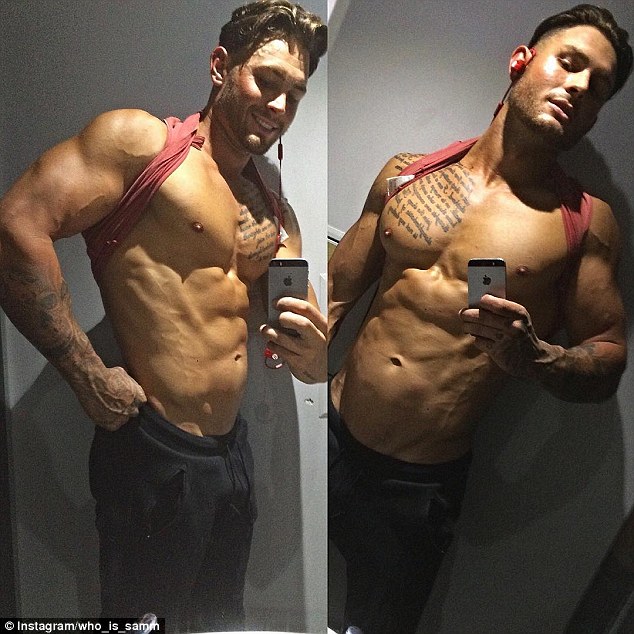 Do my muscles look big in this? The soon-to-be MAFS star has filled his Instagram page with shirtless photos

Production on the sixth season of Married At First Sight kicked off this month, with one of the show’s resident ‘experts’ Mel Schilling arriving in Sydney this week to begin filming scenes with the show’s new crop of brides and grooms.

Despite filming already starting for some, casting agents were spotted as recently as last weekend approaching women in Sydney about joining the show. 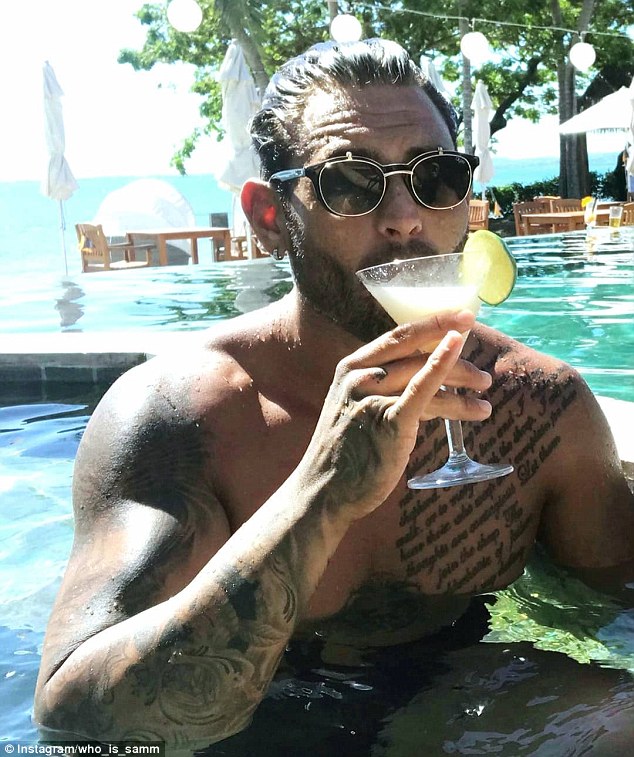 Thirsty? In this image, the Home and Away extra enjoys a cocktail in a resort pool 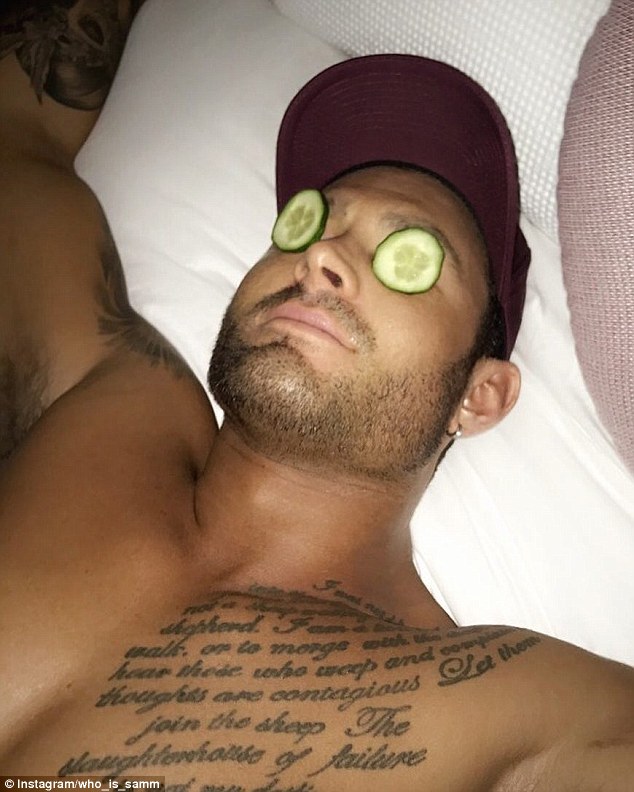 So THAT’S his secret! In addition to daily workouts, Sam also maintains his beauty by relaxing with cucumber slices over his eyes

Production are said to be scrambling to top last season’s drama, which saw Dean Wells have an ‘affair’ with Instagram model Davina Rankin.

Despite the show failing to create many long lasting relationships, the consistent controversies surrounding the contestants has led to monster ratings.

The series five reunion episode in March, featuring Tracey Jewel confronting Davina about her infamous affair with Dean, had a national average audience of 2.22 million viewers. 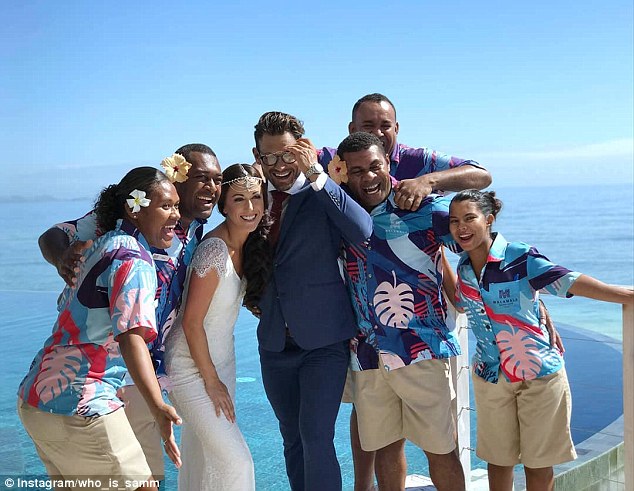 ‘I surprise people with my kind happy nature!’ The aspiring celebrity has a profile on Star Now

Married At First Sight first launched in Australia in 2015.

Back then, the show featured just four couples and had only six episodes.

Since then, MAFS has become one of the most popular programs on Australian TV – with series five featuring 11 couples and 32 episodes. 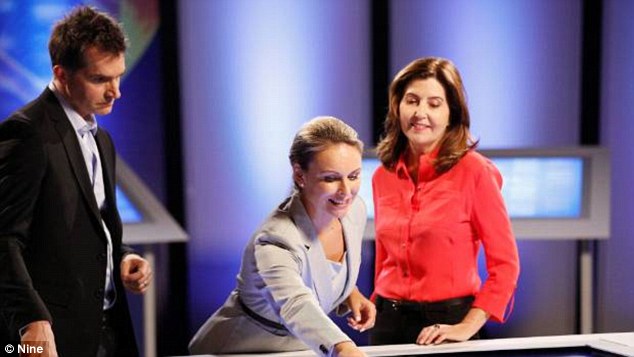 It begins! Production on the sixth season of Married At First Sight kicked off this month, with one of the show’s resident ‘experts’ Mel Schilling arriving in Sydney this week to begin filming her scenes with the show’s current crop of brides and grooms