The fledgling couple have been at the centre of split rumours in recent months, but on Wednesday Carly confirmed they’re still as strong – and as intimate – as ever.

The 32-year-old Carly even confirmed to fans that Troy is ‘no longer a virgin’.

‘He’s no longer a virgin!’ Married At First Sight star Carly Bowyer freaks out fans as she confirms she has taken her boyfriend Troy Delmege’s virginity

The reality star wrote: ‘Sure, we can drive each other crazy and we do fight but we’re totally in love (and Troy is no longer a virgin).

‘We are in this for the long haul and are excited about planning for our future (TBC ) I mean, I’ve seen him brush his teeth, eaten his cooking and witnessed his dance moves and we’re still together. So it must be love.’

Carly accompanied her declaration of love with a snap of the pair packing on the PDA in a park. 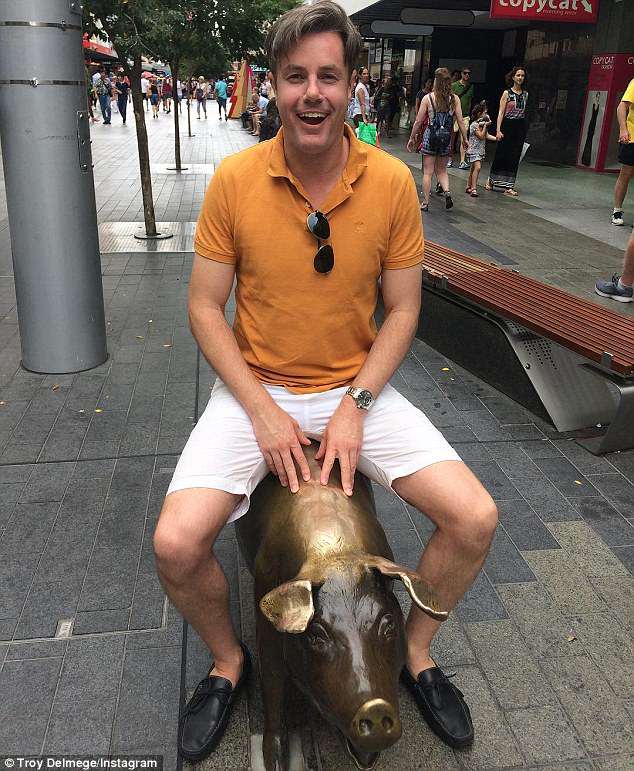 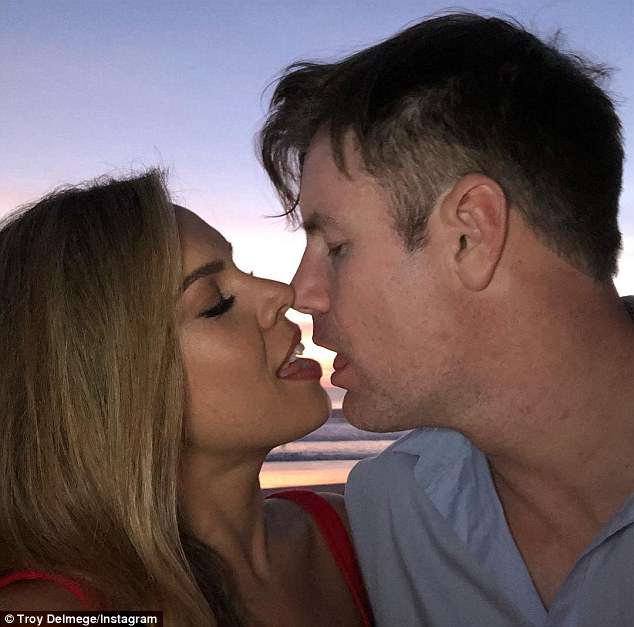 Packing on the PDA: The enamored coupled often share their steamy antics on social media

The subject of Troy’s virginity has come under much scrutiny since he made his television debut in January. The star’s sister, Tanya Delmege, told NW magazine her brother had never been sexually intimate.

Tanya claimed her brother is ‘very churchy’ and added, ‘As far as I know, he’s on the V-plates.’ She commented that he might be waiting until he is really married, as opposed to the commitment ceremony featured on MAFS.

However, the kooky IT manager hit back to the same publication, stating that he hadn’t spoken to his estranged sister since he was 20-years-old – at which time, he may have still been a virgin.

‘It was maybe a little later in life when I did discover the birds and the bees!’ he admitted.’

But to counter Troy’s comments, his MAFS ‘wife’ Ashley Irwin implied she had never been intimate with the zany reality TV star during the course of their relatationship.

‘If you look at how he is with women, how he tries to massage me (on MAFS), the clumsy kisses and dropping the ‘L’ bomb way too soon. It all fits.’

She added: ‘He must be mortified, I would be if I was called a 35-year-old virgin … it’s embarrassing. I feel sorry for him.’