She’s been dubbed a ‘villain’ over her affair with Dean Wells, and is set to make a very dramatic return.

But Married At First Sight’s Davina Rankin appeared to be running away from the drama, in Byron Bay, on the New South Wales coast on Tuesday.

The 26-year-old showed off her svelte figure in activewear while breaking a sweat with gal pal Gillian Godwin.

Running away from the drama? MAFS ‘villain’ Davina Rankin [L], 26, showed off her svelte figure in activewear, and broke out into a sweat in Byron Bay on Tuesday, with gal pal Gillian Godwin [R]

Davina highlighted her leggy figure in a pair of minuscule black workout shorts, teamed with a camouflage crop top and white singlet that revealed her lithe arms.

White Nike trainers ensured the reality star was light on her feet while a pair of gold-rimmed sunglasses concealed her gaze.

Holding onto her iPhone, Davina swept her brunette locks into a sleek ponytail at the nape of the neck, and appeared to sport a makeup palette consisting of a thick coating of foundation and a pink colour on her plump pout. 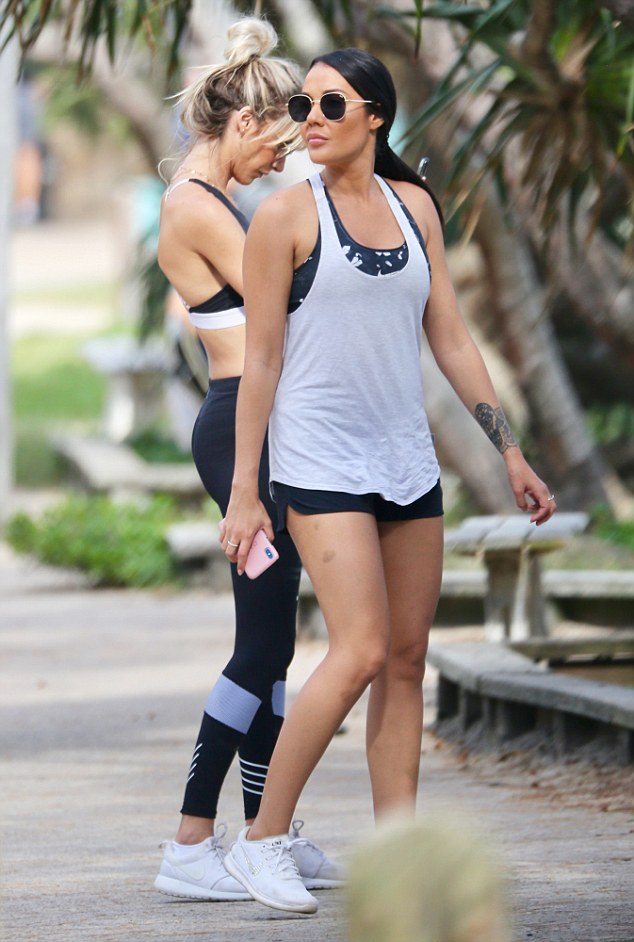 Trim: Davina revealed her leggy figure in minuscule black workout shorts, teamed with a crop top and singlet that showed off her lithe arms

The breakout star of the hit dating series broke out into a sweat with gal pal and business owner Gillian Godwin.

Gillian drew attention to her washboard abs in a black Calvin Klein crop top and was sure to coordinate with a pair of full-length leggings that clung to her trim pins.

Taking Davina’s memo, the blonde beauty also wore white sneakers and shielded her eyes from the sun with designer sunglasses. 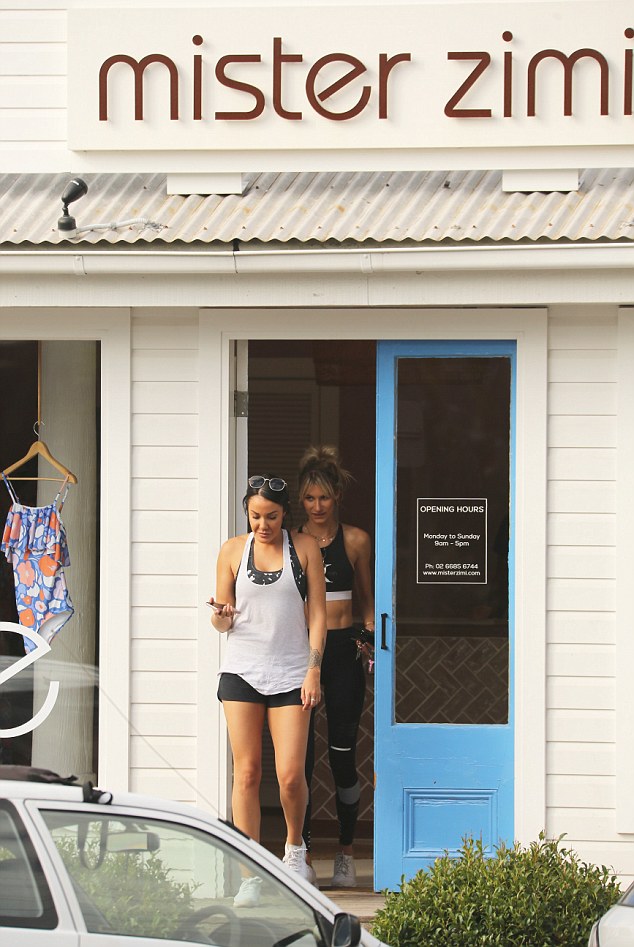 Girls’ day out: Accompanying the reality star was entrepreneur Gillian Godwin, with the pair later checking out a swimwear store

Her long locks were tied up casually with a fringe adding a subtle warmth to her facial features.

After a quick sweat session, Davina and Gillian wandered into a local swimwear store but appeared to have left empty-handed.

Davina came to headlines last month when her ‘affair’ with co-star Dean Wells was revealed on Married At First Sight. 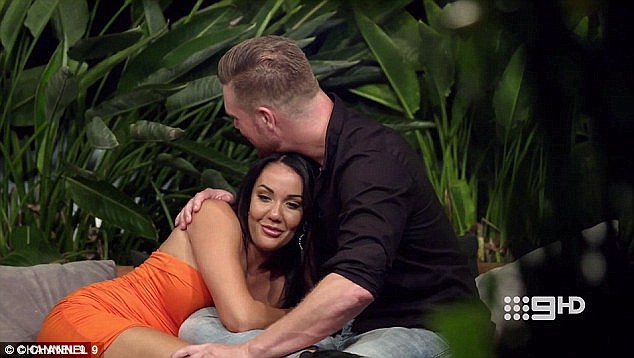 Scandal: The brunette was dubbed a ‘villain’ on the series after her ‘affair’ with co-star Dean Wells [pictured] was revealed

Dean had ‘wed’ relationship expert Tracey Jewels who was left blindsided and completely devastated by the revelations.

Trying to explain his actions to his heartbroken wife, Dean said at the time: ‘I had a complete turnaround and went, “What am I doing? I need to be with Tracey. I need to make an effort with this”.’

However despite initially giving him a second chance, Tracey brutally dumped him on Sunday night’s episode, stating that she deserves better. 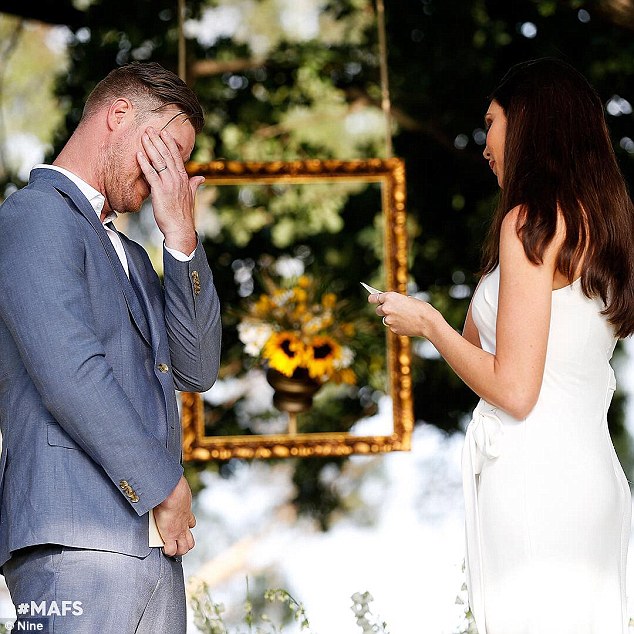