Claims suggest that some of the Married At First Sight cast were placed in separate hotels over concerns that things could get heated.

But Ryan Gallagher and Nasser Sultan seemed more cordial than ever when the pair caught-up on Tuesday.

Taking to Instagram, fitness trainer Nasser shared a number of pictures of the ‘bros’ at a cafe.

Firm friends! Married At First Sight’s Nasser Sultan and Ryan Gallagher enjoy a day out together… but the other grooms were nowhere to be seen

In the snaps, Ryan, who recently revealed he’s interested in a career in stand-up comedy, pulled a number of funny faces.

‘Having a catch-up with this bro,’ Nasser captioned the shot.

Wearing a tan-coloured shirt, Ryan’s bulging tattooed biceps were on show while he sat at a table at the cafe next to his co-star. 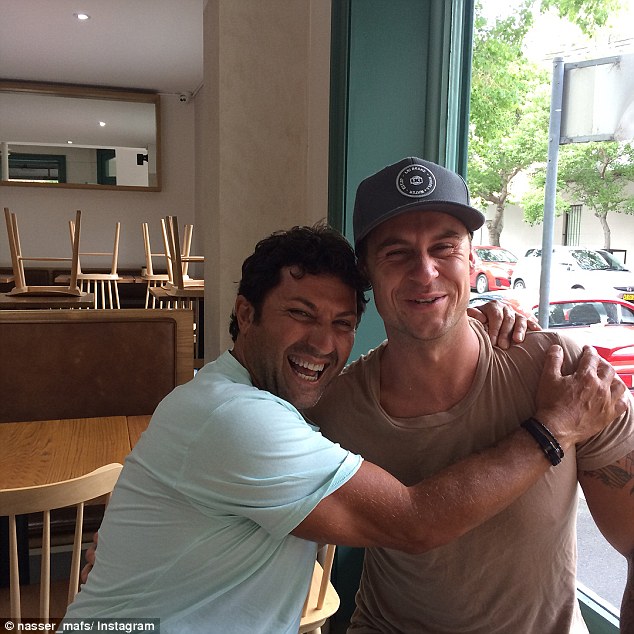 Good mates! Despite talk of trouble on the set between the grooms, Nasser and Ryan appeared to be on friendly terms

On Monday, it was revealed in NW magazine that producers of the reality show had ‘massively boosted’ security, due to Channel Nine bosses nervous their could be a little biff.

‘There have been threats of violence between the boys with all the wife-swapping that happened,’ the insider told the publication.

‘Some of the cast were gunning so hard for a punch up that production had to intervene by pleading with one groom over text to take it easy. 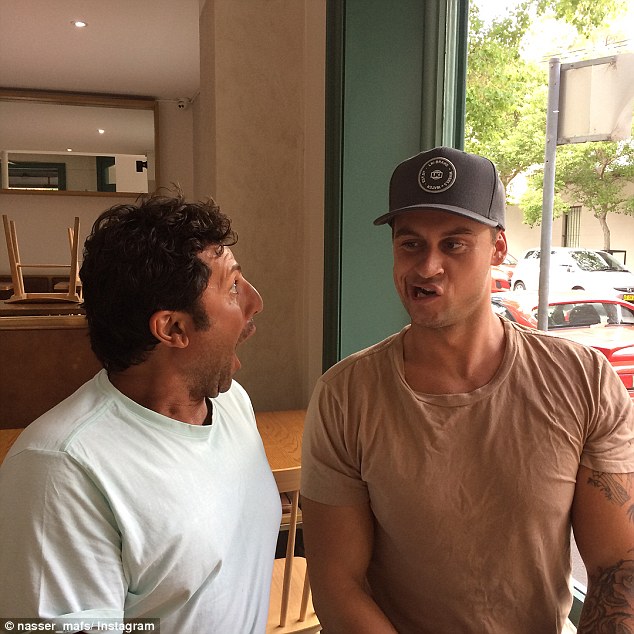 Making faces! The reality stars were animated during their catch-up before the show’s grand finale tomorrow night

The magazine claims that security on the show has been ‘massively boosted.’

It comes after ‘alpha male’ Dean was dumped by his TV ‘wife’ Tracey Jewel on Sunday.

In an interview with The Fix the following day Dean said that he had gone into the ceremony with high hopes. 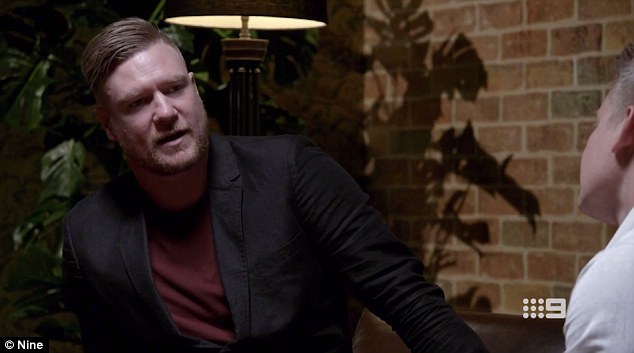 No Dean? ‘Alpha male’ groom Dean was nowhere to be seen while the guys were chatting

‘I was really confident until she turned around and said: ‘You don’t deserve me,’  he confessed.

‘As soon as those words came out of her mouth, I was like: ‘What’s going on here? I wasn’t expecting that at all.”’

The crestfallen rapper added that Tracey even tried to call him after she broke the news, but he was too heartbroken to pick up. 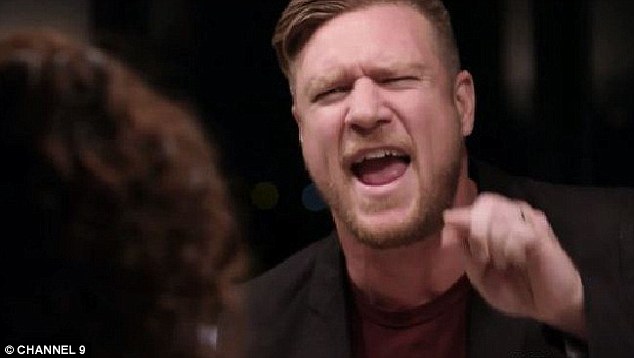 ‘Threats of violence’:  New Weekly magazine reported on Monday that Marred At First Sight producers have beefed-up security ahead of the show’s reunion episode 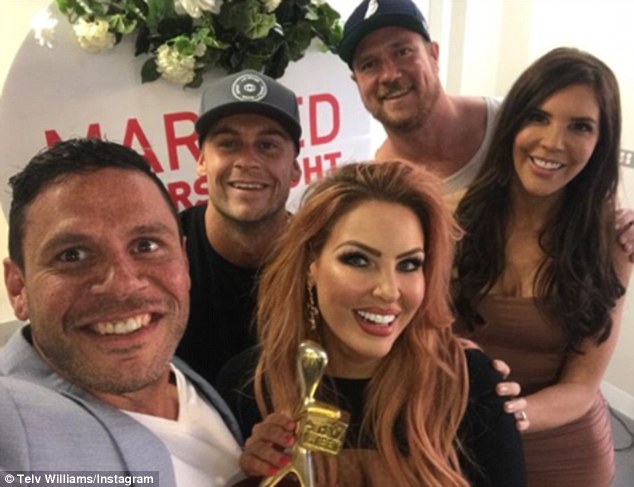 ‘There have been threats of violence between the boys’: An insider said that producers are fearful things could get heated between the cast 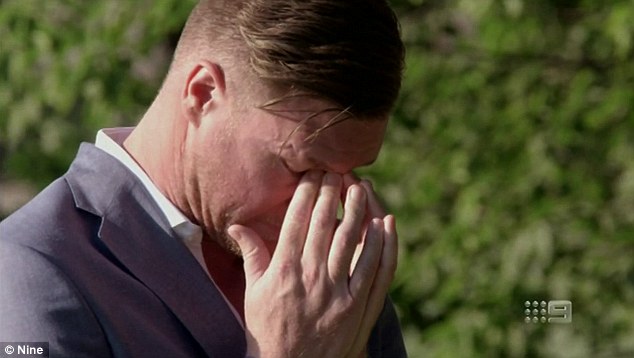 Shocked: Married At First Sight’s Dean Wells has revealed he was surprised that Tracey Jewel called it quits on their reality romance admitting he ‘wasn’t expecting that at all’