Is she the raunchiest MAFS star ever? Married At First Sight’s X-rated intruder Susie Bradley poses TOPLESS and flaunts her curves in racy photos

Married At First Sight has cast its fair share of busty bikini models over the years.

But the latest season looks set to feature its raunchiest participant yet in single mother Susie Bradley, who will enter the show soon as a surprise intruder.

The 25-year-old is far from shy, posing topless and flaunting her busty assets in a string of provocative photos shared across social media.

MAFS bombshell: Bikini babe Susie Bradley is set to gatecrash Married At First Sight as an intruder this season 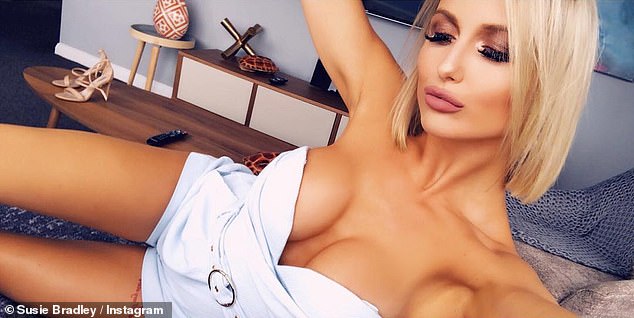 Busting out! The 25-year-old isn’t shy, flaunting her assets in a string of racy photos across social media

The Brisbane-based bombshell, who calls herself Susie Pearl on Instagram, regularly strips down to swimwear and lingerie for her thousands of followers to see.

In one particularly racy image, the blonde wears nothing but a G-string after removing her bikini top in the pool.

In another image, she sunbathes topless on a beach – seemingly unperturbed by the other swimmers nearby. 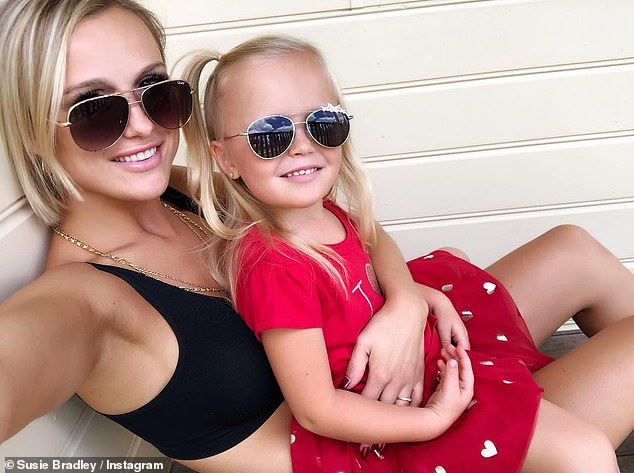 Oh mama! The busty blonde is a doting single mother to her four-year-old daughter 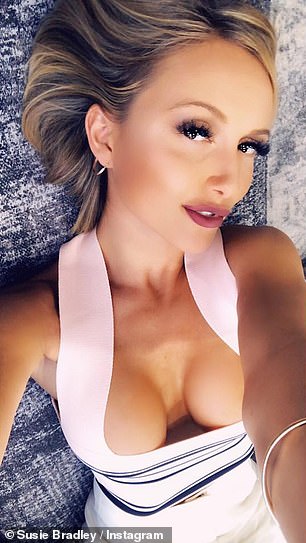 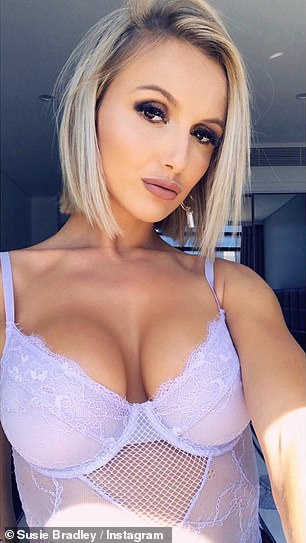 Self-ie obsessed? Susie isn’t shy when it comes to snapping selfies, with the blonde beauty littering her social media accounts with busty images of herself

The single mum, who has a four-year-old daughter, is one of four new intruders set to gatecrash Married At First Sight’s current season.

Photos from the set seem to indicate that Susie will be paired with fellow intruder Billy, an aspiring model and actor from Queensland.

The second intruder couple is Tamara Joy and Daniel Webb, who were spotted boarding a flight together in November. 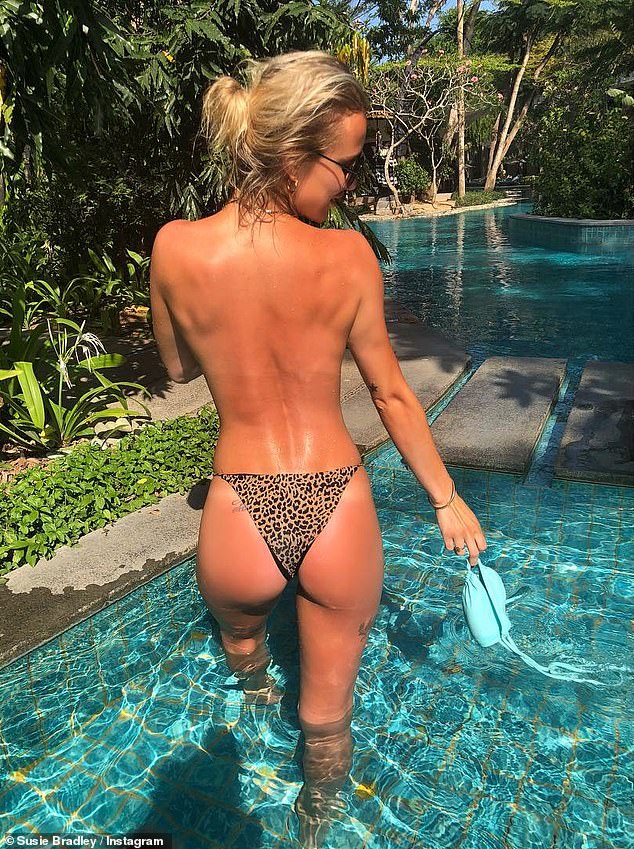 Who needs clothes? In one particularly racy image, the blonde wears nothing but a G-string after removing her bikini top in the pool 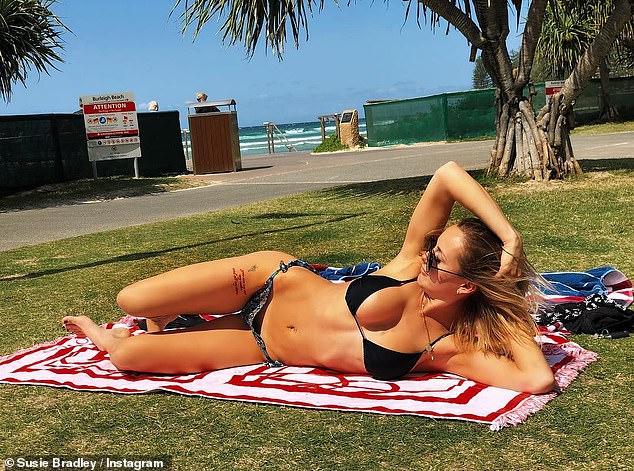 Oh my! The busty blonde risked a wardrobe malfunction while sunbathing outside

‘There was zero chemistry,’ a source previously told New Idea of the couple’s airport outing.

The insider also claimed Tamara and Gold Coast-based Daniel are set to drop a bombshell when they appear on the show.

‘None of the other participants see this bombshell coming,’ the source said.

‘The addition of Tamara and Daniel really comes as a shock and what they bring to the experiment will have jaws on the floor.’ 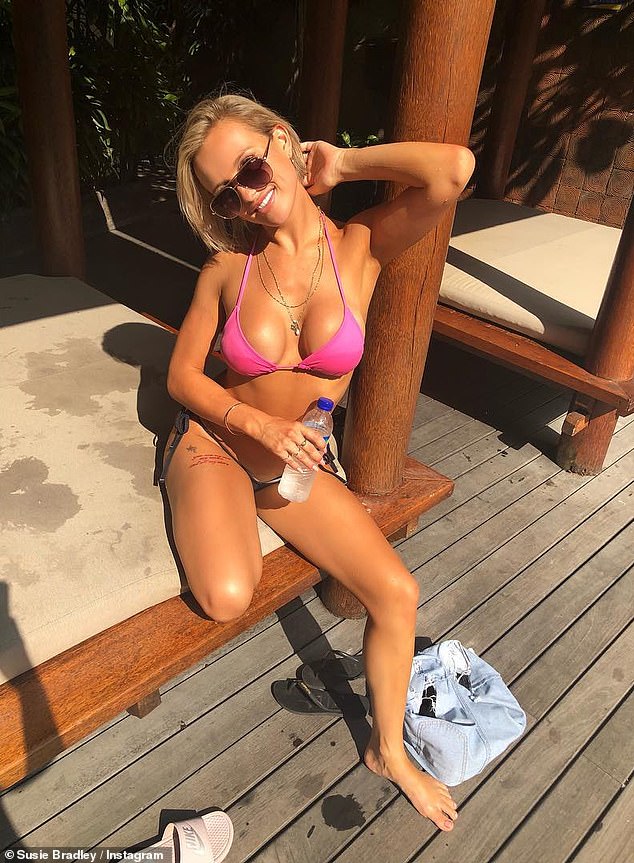 Coming soon: The stunning blonde is one of four intruders set to gatecrash MAFS this season 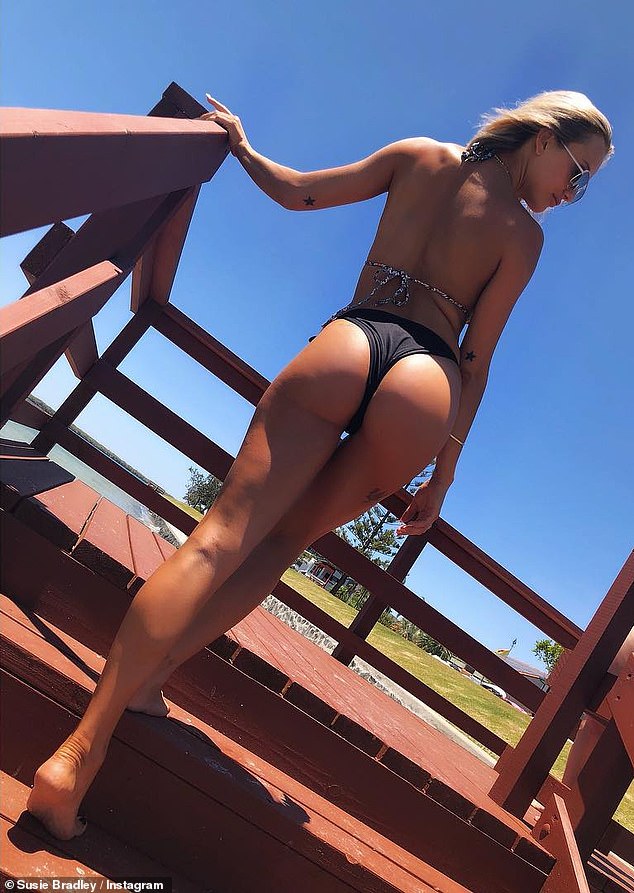 Oh derriere! The stunning single mother loves to show off her pert peach on Instagram