Married At First Sight star Melissa Rawson has revealed her battle with postnatal depression after welcoming her twin sons, Levi and Tate, with fiancé Bryce Ruthven.

Speaking on her What Happens After… podcast, the 32-year-old workplace trainer detailed her struggle for the first time.

‘I had literally just basically forgotten how to live and my whole life was revolving around the boys,’ she said on Thursday’s episode.

Struggling: Melissa Rawson, 32, (pictured) has revealed her battle with ‘severe postnatal depression and anxiety’ after welcoming her twin sons, Levi and Tate, with fiance Bryce Ruthven

‘With twins, it’s just changing nappies, feeding, burping, putting them to bed. And then basically once that’s all done the cycle started 45 minutes later, all over again. It took so long.’

‘I hadn’t left the house in what about a week. I had not stepped even a foot out the door and it just really got on top of me.’

‘It’s only been a couple of short weeks that they’ve been home. 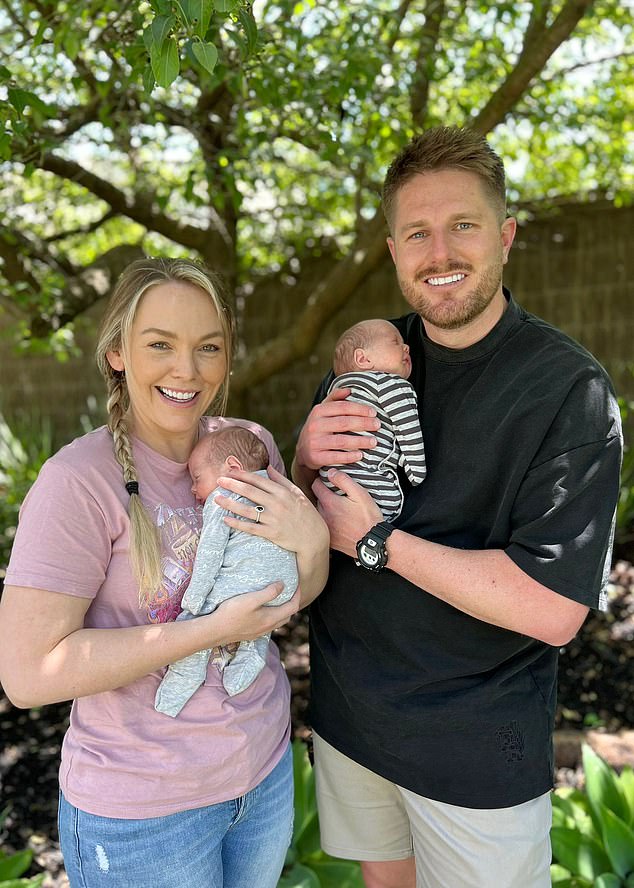 ‘I had literally just basically forgotten how to live and my whole life was revolving around the boys,’ she said on Thursday’s episode. Pictured with Bryce and her sons

‘I’m finding that I’m slipping back into these old habits and just trying to be the best mum that I can be.’

‘But yeah, with my past with depression and anxiety I had flagged it with the nurses before I gave birth and now I can definitely see the the start of postnatal depression, but I’m doing everything I can to prevent that from developing any further.

‘Because once you slip into that black hole, it can be quite hard to get out of.’ 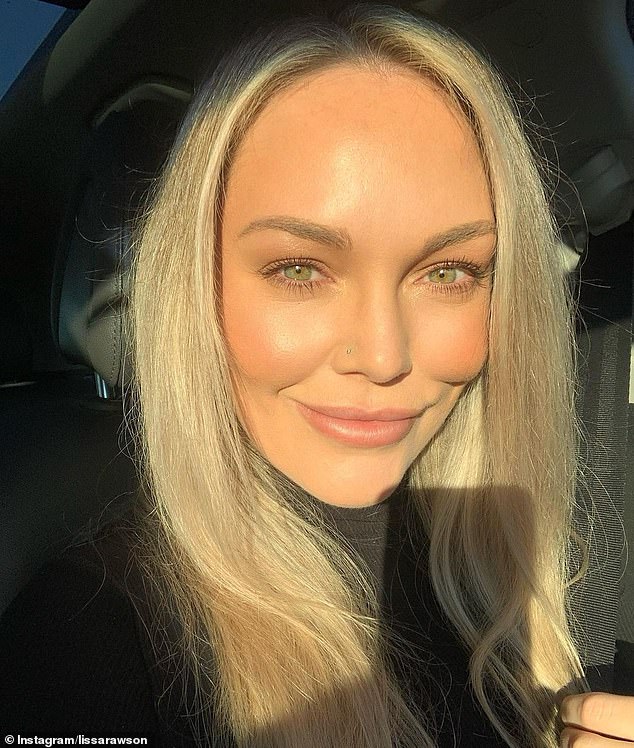 Melissa said that after bringing home her twin boys from NICU, she didn’t step foot outside her home: ‘I had not stepped even a foot out the door, and it just really got on top of me’

Melissa explained that she has struggled with lack of sleep since bringing her twins home earlier this month.

‘After speaking with the nurse there was a day where I broke down and I just hadn’t had any sleep and everything was just kind of piling up on top of me.

‘As I said, I love sleep. And it’s just not something that I’m able to have at the moment … sleep deprivation is real.’

‘It can be really, really hard sometimes. And I don’t think that will get any easier until until they get a little bit older.’

When asked what her favourite part about becoming a new mum, Melissa swiftly replied ‘everything’.

‘Even the sleep deprivation, I know that I break down in tears waking up in the middle of the night, but you just look at your baby’s face. And it’s all worth it,’ she said.

The couple welcomed their twins on October 16.

The babies were taken to the NICU and spent almost two months in hospital care before they took them home earlier this month. 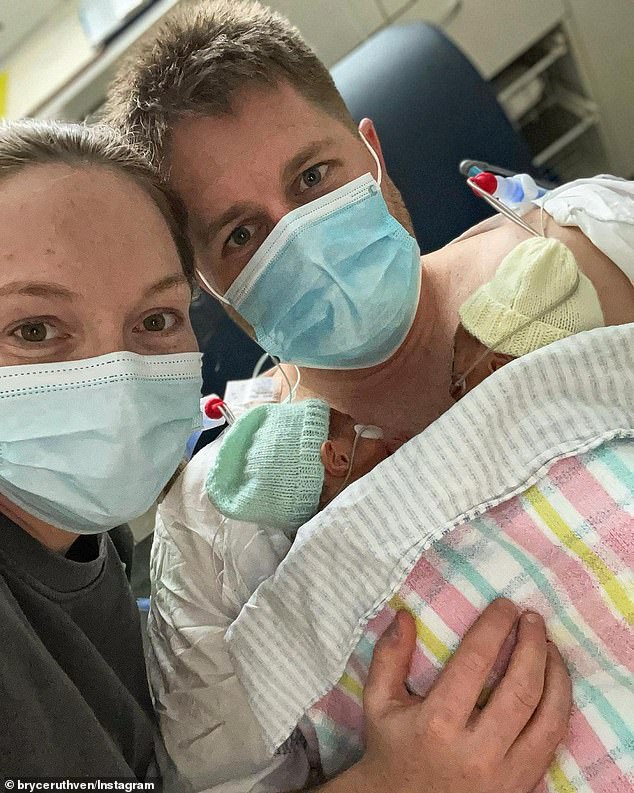