Busted! MAFS’ Mick Gould is caught taking a stab at his ‘wife’ Jessika Power on social media after watching her flirty dinner party behaviour… before his comment is hastily deleted

MAFS’ Jessika Power admitted to having ‘sexual’ feelings Nic Jovanovic before flirting up a storm with Daniel Webb on Wednesday night’s episode.

And it seems Jessika’s ‘husband’ Mick Gould was less-than-impressed to watch his wife’s antics play out on national television.

After the explosive episode aired, Mick promptly took a swipe at Jessika by agreeing with a fan on Instagram who suggested that the blonde’s behaviour was unacceptable.

‘You need to take a good look at yourself!’ MAFS’ Mick Gould slammed his ‘wife’ Jessika Power in a social media post before he swiftly deleted it… after she admitted to having ‘sexual’ feelings for Nic Jovanovic on Wednesday night’s episode

‘What an a**hole you are!’ the fan wrote underneath the photo, adding, ‘Today’s generation! You need to take a good look at yourself!’

Mick then liked the comment and left his own which read: ‘Boom! Truth bombs.’

However, the fan’s post as well as Mick’s response were deleted minutes later. 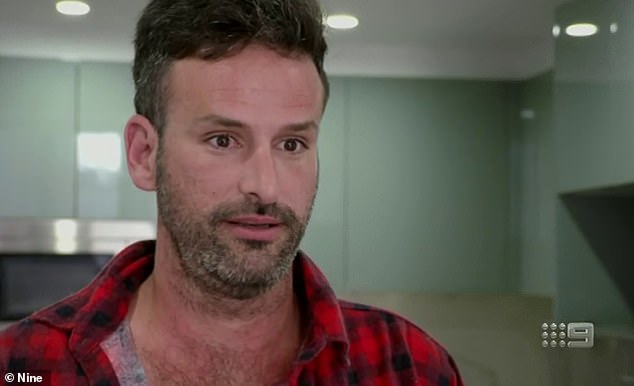 ‘What an a**hole you are!,’ a fan wrote underneath the photo, adding, ‘Today’s generation! You need to take a good look at yourself!’ (Picture: Mick Gould)

It comes after Jessika Power appeared to brazenly proposition Nic Jovanovic after admitting her ‘sexual’ feelings for the married man.

‘I am sexually attracted to Nic,’ she revealed in a piece to camera, ‘he’s a very good-looking guy.’

The blonde then wasted no time as she quickly cornered Nic, who’s currently ‘married’ to Cyrell, and laid bare her feelings. 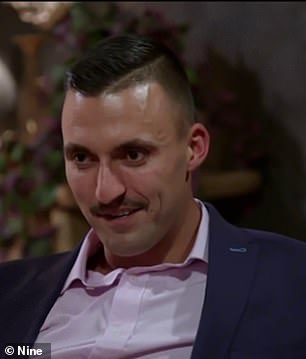 ‘I have sort of, developed some sort of feelings towards you,’ she sheepishly admitted to a visibly uncomfortable electrician.

But Nic brutally knocked back the beauty, claiming ‘there’s nothing I would do to jeopardise my marriage,’ before adding, ‘I’ve never been like, hit on that.’

To which Jess, who’s ‘hitched’ to farmer Mick, innocently responded, ‘how am I hitting on you?’ 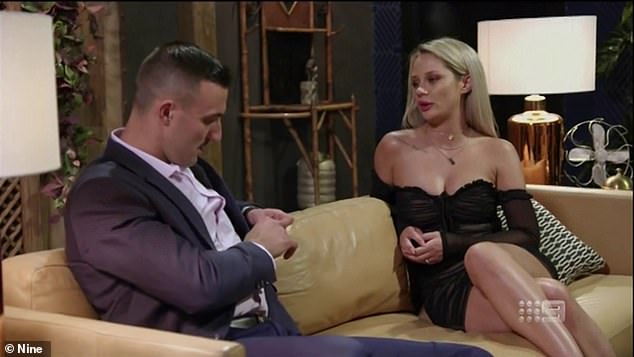 ‘I have sort of, developed some sort of feelings towards you,’ she sheepishly admitted to a visibly uncomfortable electrician