Married At First Sight’s controversial couple Bryce Ruthven and Melissa Rawson are still together after saying ‘I do’ at their TV wedding – filmed in September.

As one of only three ‘expertly-matched’ pairs to remain together this season, Bryce has claimed his relationship is far stronger than that of the series’ ‘golden couple’.

Ouch! Married At First Sight’s Bryce Ruthven (pictured) made a shady comment about the probability of co-stars Belinda Vickers and Patrick Dwyer working out on live radio

Patrick, 27, and Belinda, 30, were also paired in the original selection this season on MAFS, and reaffirmed their love for one another at the final vows last week.

When asked by host Kyle Sandilands if Belinda and Patrick were still dating, Bryce cryptically responded: ‘Yeah, for now they are… as far as we’re aware,’

Kyle then said Belinda didn’t seem ‘as into Patrick’ as he was with her, and Bryce threw a little bit of shade as he added to the conversation.

‘I agree. We will have to see what happens with those two,’ Bryce said. 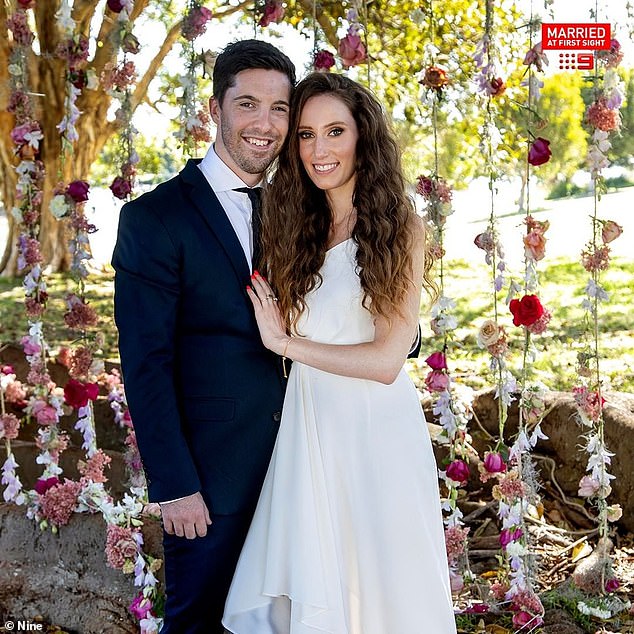 ‘For now they are’: Bryce raised doubts on the longevity of lovebirds Patrick and Belinda (pictured), and agreed that it didn’t appear Belinda was as ‘into’ Patrick as he was with her

Just one day after the grand finale, Belinda and Patrick told Woman’s Day they’ve already discussed their joint desire to become parents, get married and move in together in the future.

The other couple to remain together after the experiment are intruders Kerry Knight and Johnny Balbuziente.

Bryce confirmed to Kyle: ‘Johnny and Kerry are going strong!’ 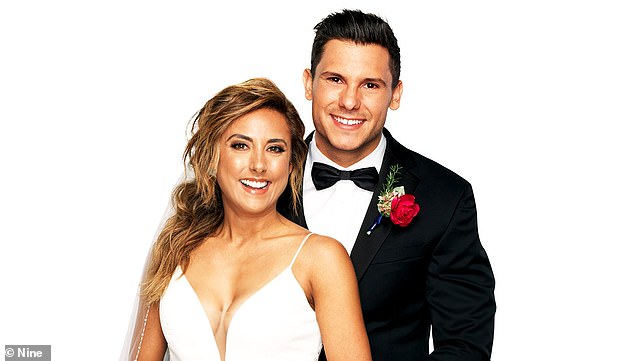 ‘Johnny and Kerry are going strong!’ Bryce only has positive things to say about intruders Kerry Knight and Johnny Balbuziente 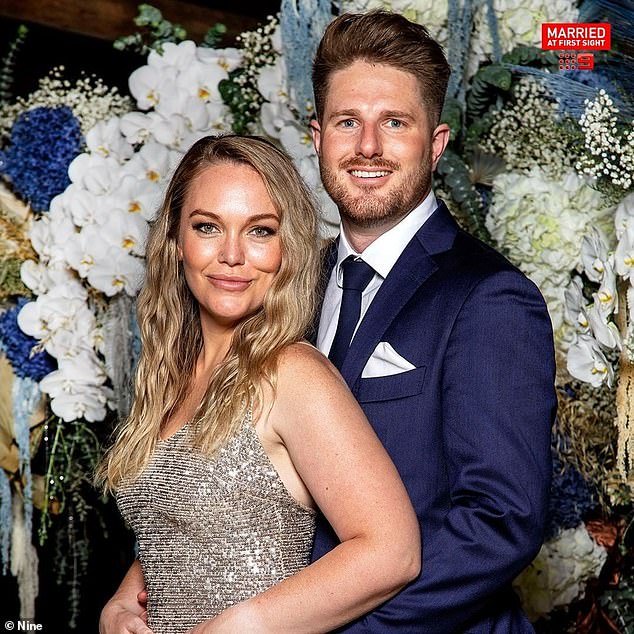 ‘We’re still together, living together very happily in Melbourne’: On Sunday, Bryce also appeared to confirm rumours he and Melissa could be set to tie the knot in real life

After the MAFS finale aired on Sunday night, Bryce shared a post to Instagram to mark the end of his TV journey with Melissa.

‘Thank you to those that have supported us through our MAFS experiment. We finish with love and look forward to a happy future together!’ he captioned a picture of the couple, adding a ring and baby emoji.

Bryce also appeared to confirm rumours he and Melissa could be set to tie the knot in real life during a chat on Nine’s Weekend Today.

‘We’re still together, living together very happily in Melbourne and I can’t see things changing,’ he said with a large grin on Sunday.

Bryce added: ‘I’ve also even seen a Sportsbet thing [suggesting that] we’re getting married and that’s something to get on.’

Last week, Bryce and Melissa decided to stay together during the final commitment ceremony despite the ups and downs their relationship has experienced throughout the experiment. 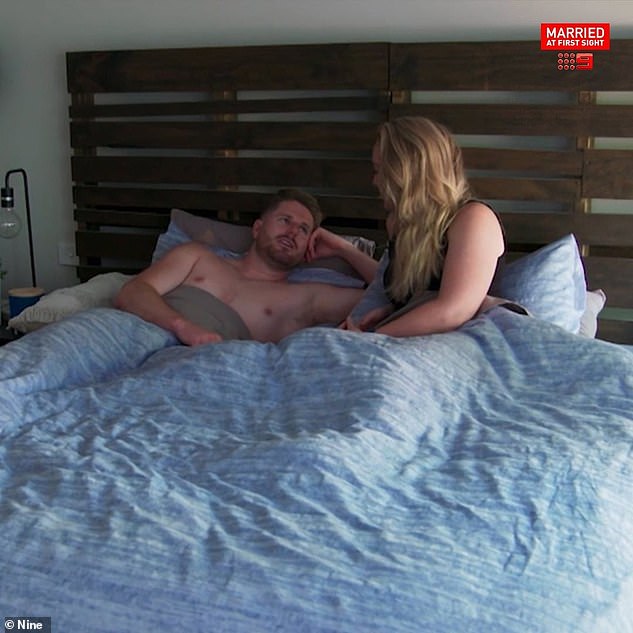 Throwback: Married At First Sight couple Bryce and Melissa consummated their TV marriage on their wedding night on the show (filmed in September)