He appears to have remained single since being branded a villain on Channel Nine’s dating series, Married At First Sight.

But Dean Wells was all smiles on Wednesday when he posed with two bikini-clad women in Bali.

The self-proclaimed ‘alpha male’, 40, placed his arms around the slender beauties as they cuddled up to him in the hotel’s pool. 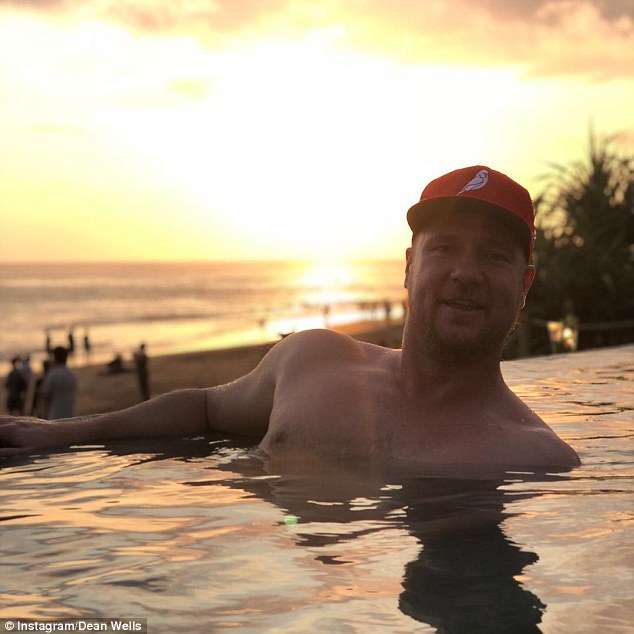 The identity of the fans were partially concealed due to the sunshine overexposing the photograph.

The groom, who cheated on his TV wife Tracey Jewel with bride Davina Rankin, has been taking a short break in Bali with Ryan Gallagher. 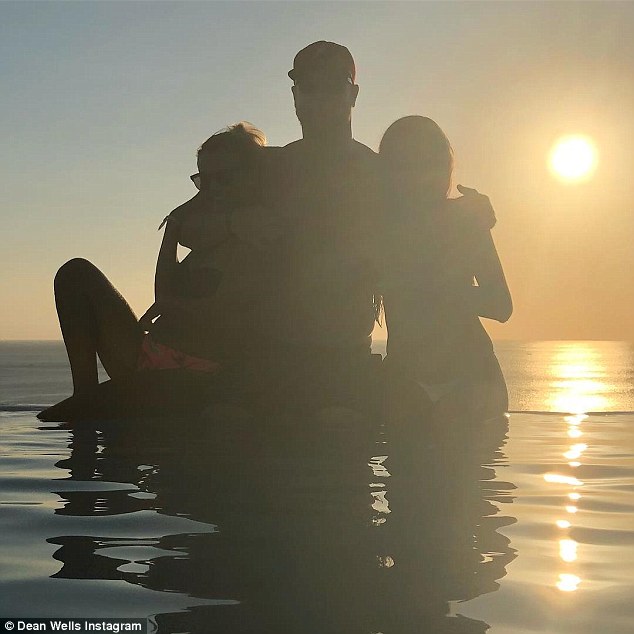 Fun in the sun! Dean was all smiles on Wednesday when he posed with two bikini-clad women in a Bali pool 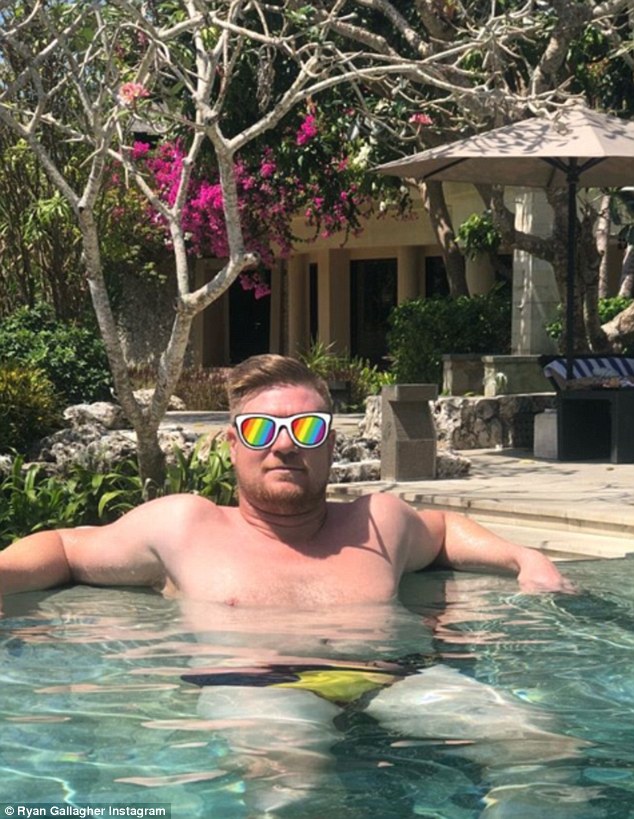 On Island time: The groom, who cheated on his TV wife Tracey Jewel with bride Davina Rankin, has been taking a short break in Bali with Ryan Gallagher

On Thursday, Dean will join Grant Crapp will appear at an R-rated ‘Wet Dreams Ball’ at Monsoons Restaurant and Party Bar in Darwin. 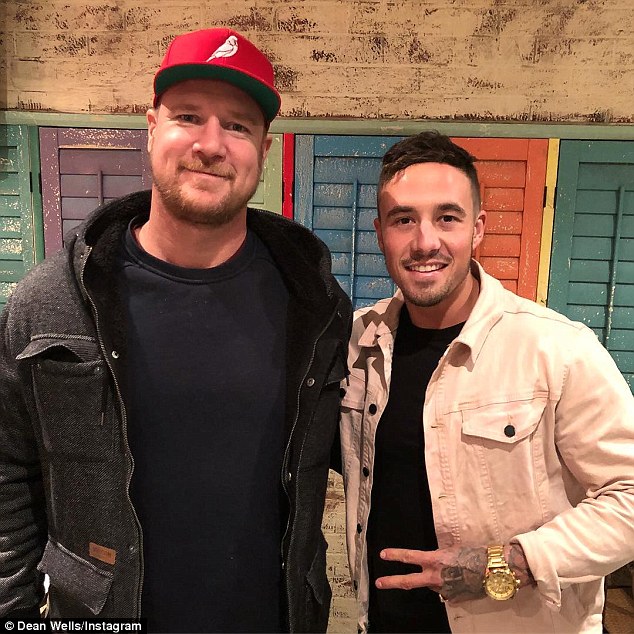 The adults only event promises an array of raunchy entertainment for fans, including ‘naughty stage games,’ a ‘male strip review’ and an ‘drag show.’

However, it’s unclear if the reality TV foursome will actually feature in any of these parts of the event or not.

The official poster for the R-rated party bills the foursome as a ‘reality TV super group’ who will serve as hosts on the night. 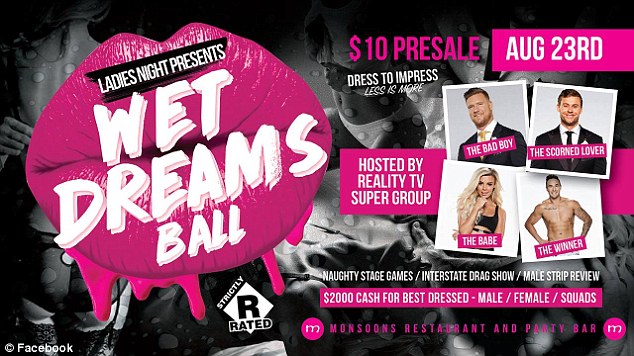 The price is right! For just $10, lucky fans will be treated to raunchy entertainment, including ‘naughty stage games’ and ‘male strip review’

Despite Married At First Sight’s fifth season finishing back in March, several of the show’s biggest stars have managed to remain relevant enough to host nightclub events and score freebies.

Dean and Ryan are currently enjoying a joint holiday in Bali together, which they’ve been promoting heavily on social media despite claiming that it isn’t a sponsored trip.

Grant has also been flying around Australia to appear at various nightclubs on a weekly basis, and even scored a gig promoting an alcoholic beverage brand. 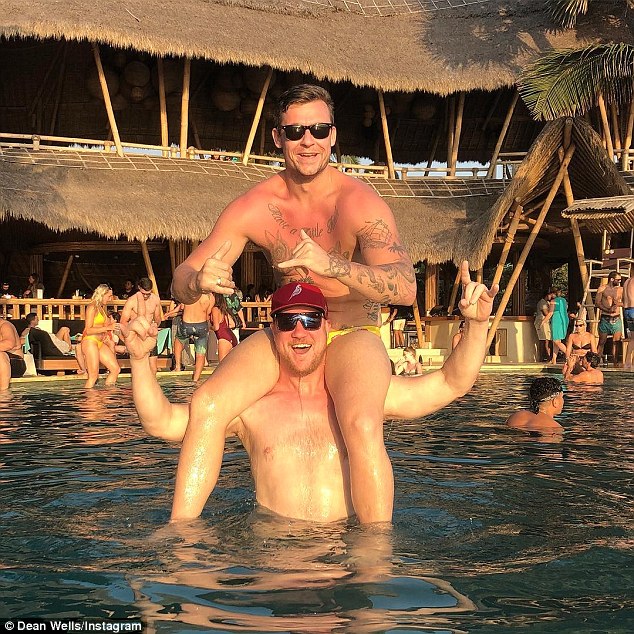 Soaking wet! MAFS fan favourite Ryan Gallagher, who is currently in Bali with Dean, will also appear at the saucy spectacle 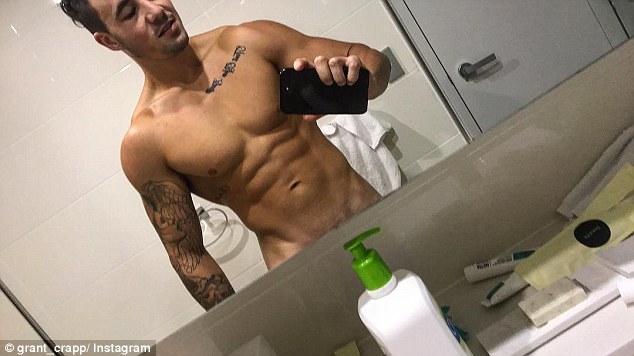 Will YOU be attending? While the event promises a ‘male strip review’, it’s unclear if the reality stars will participate in that part, or if they’ll simply stick to hosting duties

The 22-year-old is currently gearing up for a UK tour to capitalise on his rising profile overseas as Love Island Australia is currently airing in Britain.

Meanwhile, his fellow Love Island Australia stars have also been reaping the benefits of their newfound Insta-fame by appearing at meet-and-greets and influencer events.

Love Island Australia was a big hit for Channel 9, pulling in huge ratings for their digital streaming platform 9Now.

Meanwhile, Married At First Sight was the biggest TV series of 2018, pulling in almost 1.9 million viewers for the finale. 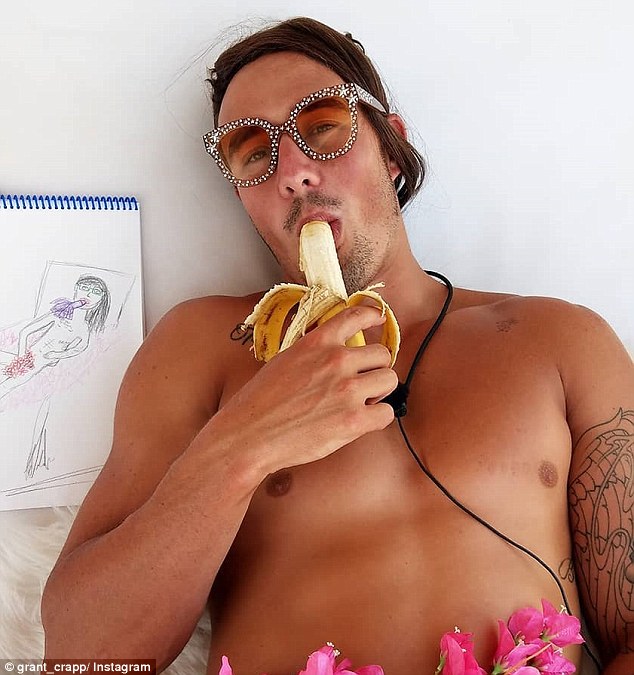 Big bucks! Grant has been flying around Australia to appear at various nightclubs on a weekly basis, and has even scored a gig promoting a major alcoholic beverage brand