That looks painful! Married At First Sight’s Jessika Power displays bruises on her thighs and arms at the Logies – after undergoing $50,000 worth of plastic surgery

Jessika Power is fresh out of surgery and ready for her close-up.

After weeks of teasing her latest ‘mystery procedure’, the Married At First Sight villain debuted her $50,000 transformation at Sunday night’s Logie Awards.

After gatecrashing the awards ceremony on the Gold Coast, the 27-year-old displayed painful-looking bruises on her arms and thighs from two recent surgeries.

On Monday, the reality TV star finally revealed to New Idea what she had done at a cosmetic surgery clinic in Sydney two weeks ago.

Jessika confessed to undergoing a non-surgical breast lift and an autologous fat graft, which she says marks a $50,000 transformation since MAFS finished. 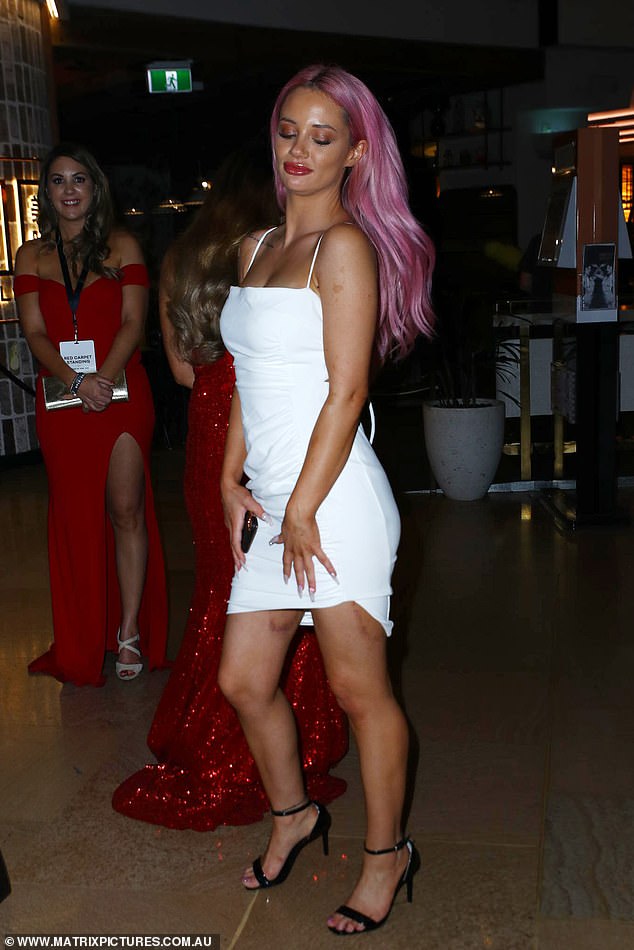 ‘I chose the fat from the underside of my thighs’: Wearing a thigh-skimming white dress, bruises and marks were seen prominently on Jessika’s legs and thighs from her fat graft

The two procedures are the latest in a slew of cosmetic enhancements – including veneers, lip and cheek fillers – she’s the show ended.

Jessika sported a bigger bust at the Logies celebrations, as she posed alongside co-star Ines Basic.

In a one-hour procedure with her doctor, Jessika was able to transform her B-cup breasts into D-cups by the aid of fat grafting. 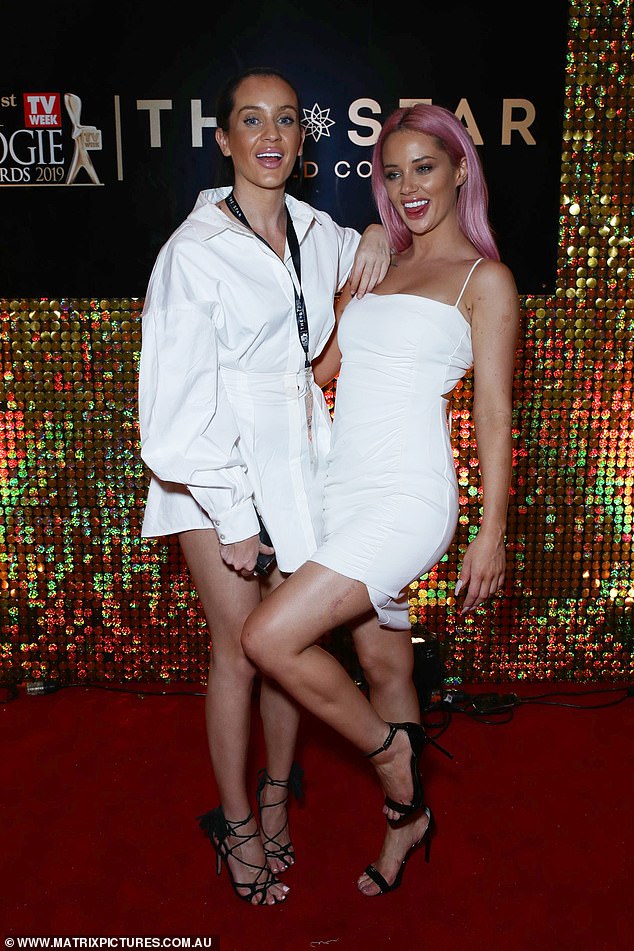 Bust-ing out! In a one-hour procedure with her doctor, Jessika was able to transform her B-cup breasts into D-cups by the aid of fat grafting (Pictured with MAFS co-star Ines Basic)

The $16,000 autologous fat graft took fat cells from her ‘problem areas’ – her thighs and derriere – and deposited them into her breasts.

After having the procedure earlier this month, Jessika told her Instagram fans: ‘Dr Rastogi and I are putting together a little video for you all so you can see the whole process and see what was done, but I’m really excited!’ 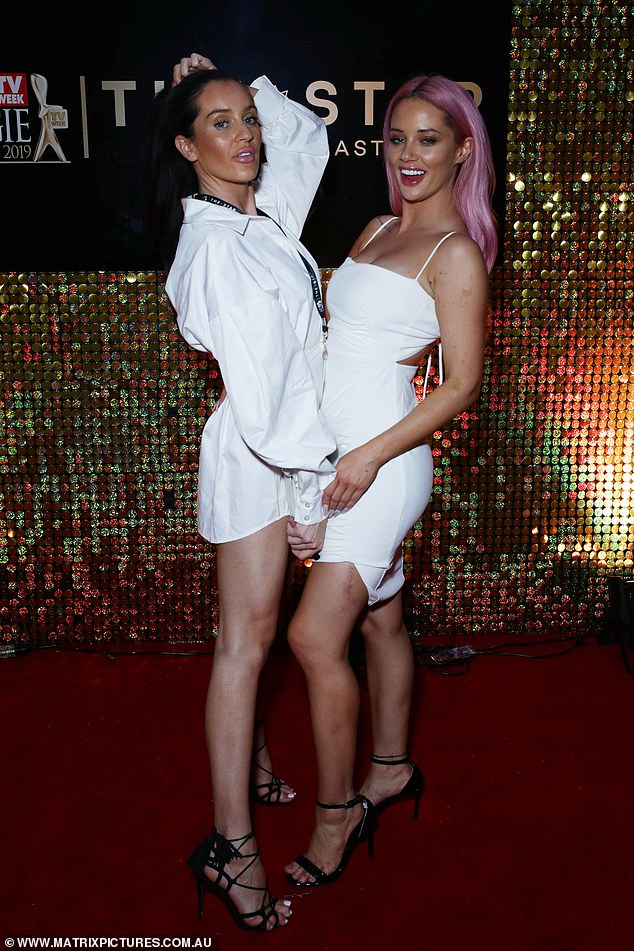 Party crashers! Jessika and Ines were not invited by Channel Nine to the TV Week Logie Awards on Sunday night, and instead turned up after the ceremony to join in on the celebrations