MAFS stars sizzle as they strip down for bikini-clad photoshoot

They debuted on Married At First Sight two months ago in stunning white wedding gowns.

But on Monday, the TV brides stripped down to their swimwear for a playful photo shoot with NW magazine.

Instagram model Davina Rankin struck a very cheeky pose as she offered a glimpse of her pert derrière in a high cut one-piece.

The seven ladies (from the 11 original brides) looked happy and confident as they smiled for the camera.

Sarah’s assets were on full display in her very busty ensemble, as she wrapped a red sarong around her curvy waist. 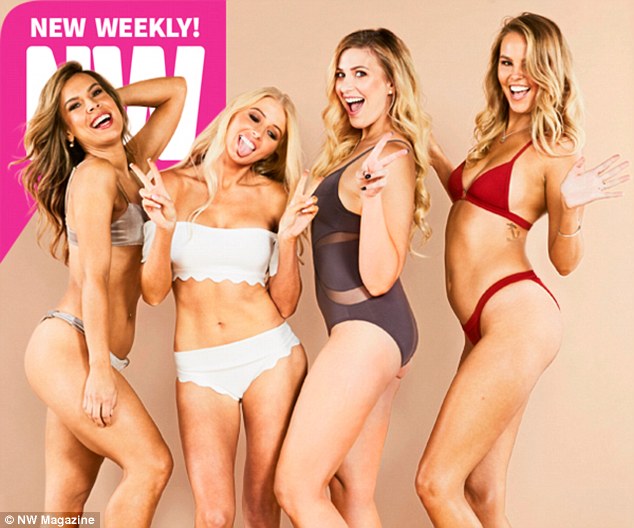 Flashing the flesh! The seven ladies, of the 11 original brides, were all smiles as they showcased their taut physiques, trim pins and cleavage as they posed up a storm (PICTURED- L to R – Carly Bowyer, Ashley Irvin, Alycia Galbraith and Blair Rachael)

Blair Rachael, who left the show during her third commitment ceremony, showed ex Sean Thomsen what he was missing in a red hot ensemble.

Despite Carly dating her ‘ex-husband’ Troy Delmege, Ashley and Carly appeared to pose quite happily next to each other.

Friends? Despite Carly being pictured getting cosy with her ‘husband’ Troy, Ashley(L) and Carly (R) appeared to pose haply beside each other

Carly wore two different bikini designs during the shoot, with both of them showcasing her impressive toned figure.

Married At First Sight returns on Monday night from 7pm 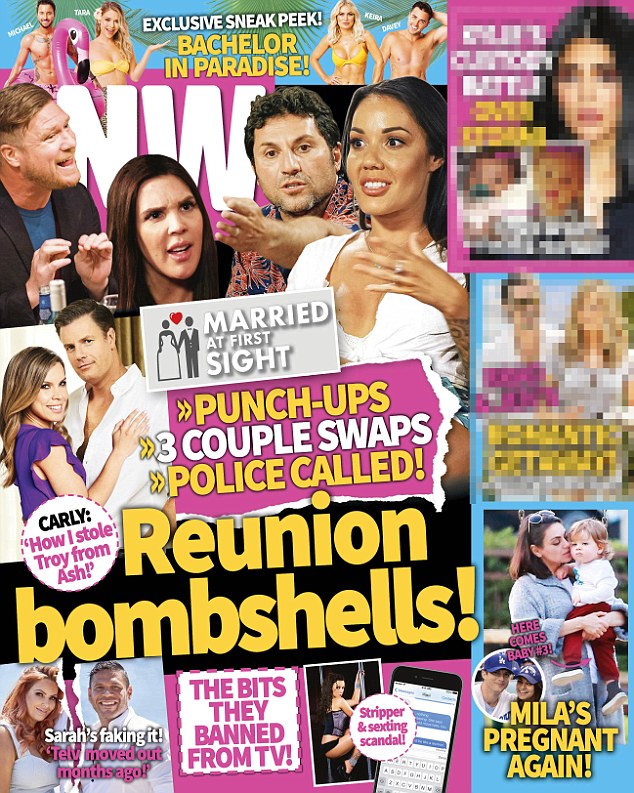 Out now! You can find the full spread of the bikini-clad photoshoot and more MAFS stories in the latest issue of New Weekly! Magazine