MAFS stars Tracey and Sean ‘CONFIRM their own spin-off show’

They’re the Married At First Sight stars who went public with their romance during the final week of the show.

And those keen to see how Tracey Jewel and Sean Thomsen’s new relationship plays out will be able to do so on the small-screen.

On Monday, MSN ‘confirmed’ that the pair will be starring in a new spin-off series together.

Coming back to television! According to MSN, Married At First Sight stars Tracey Jewel and Sean Thomsen are returning to television in a spin-off series

According to the website ‘sources at Channel Nine reveal a new show is already in development’.

Speaking with NW, Sean joked that the spin-off will also feature co-stars Carly and Troy and that they will call it Wife Swap.

However, Tracey showed less of a sense of humour, firmly stating that ‘there will be no swapping anymore!’ 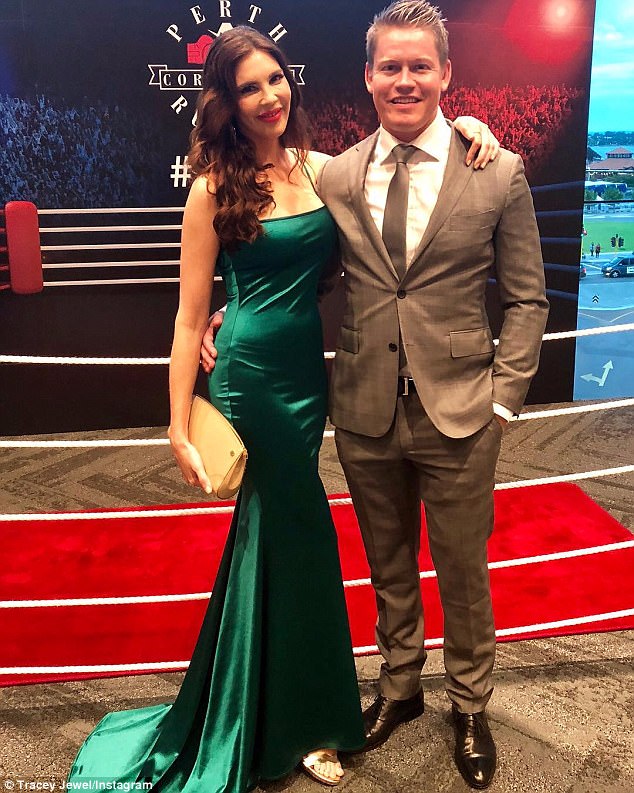 Watch what happens! According to the website ‘sources at Channel Nine reveal a new show is already in development’

Daily Mail Australia has reached out to Channel Nine for confirmation of the reported spin-off series.

Meanwhile, Tracey confirmed on Monday that she is moving to Melbourne to begin living with Sean.

‘When we move there, I want to focus on my writing and Sean’s almost qualified as a personal trainer,’ the Perth-based beauty told the magazine. 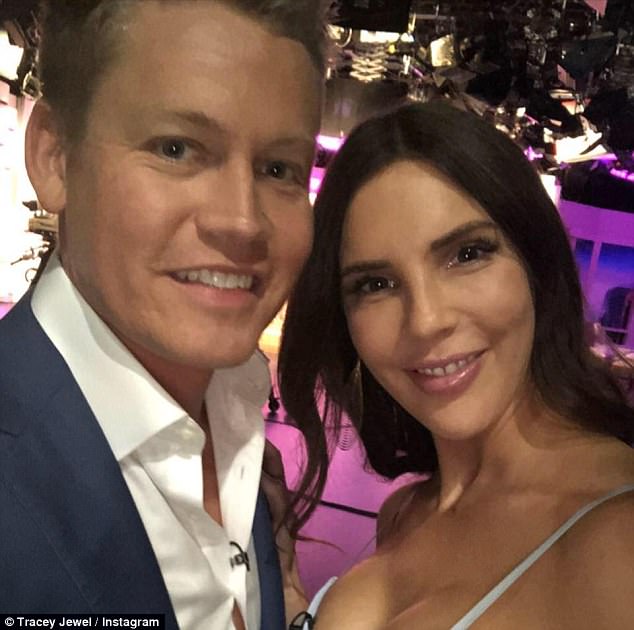 New chapter: In an interview with New Idea on Monday Tracey stated that she is moving to Melbourne to be with Sean

Tracey is mum to an eight-year-old daughter, Grace, from a previous relationship.

However, the star told New Idea that her little girl will remain in Western Australia.

‘I’ll travel to Perth regularly to see my daughter and she’ll come here on school holidays.’ 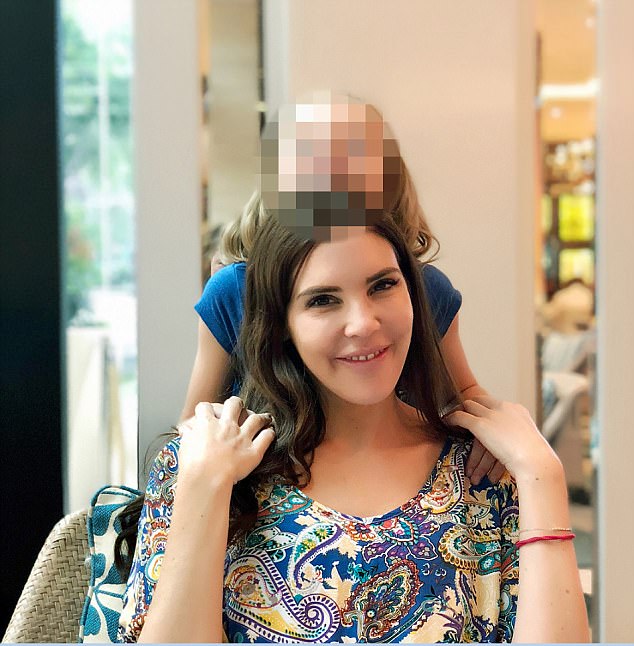 Doting mum: Tracey has revealed her eight-year-old daughter Grace will visit her ‘on school holidays’ after she moves from Perth to Melbourne

Despite Tracey revealing her daughter will not live with them full-time in Melbourne, she told Daily Mail Australia on Thursday that Grace and Sean have already bonded.

Tracey said that the pair get along ‘like great mates’ and enjoy playing board games.

She added: ‘(Grace) has been fine with this whole thing. I’ve been open and honest with her. It was my decision for her not to be filmed or part of it, but I certainly kept her in the loop about everything that’s been happening.’ 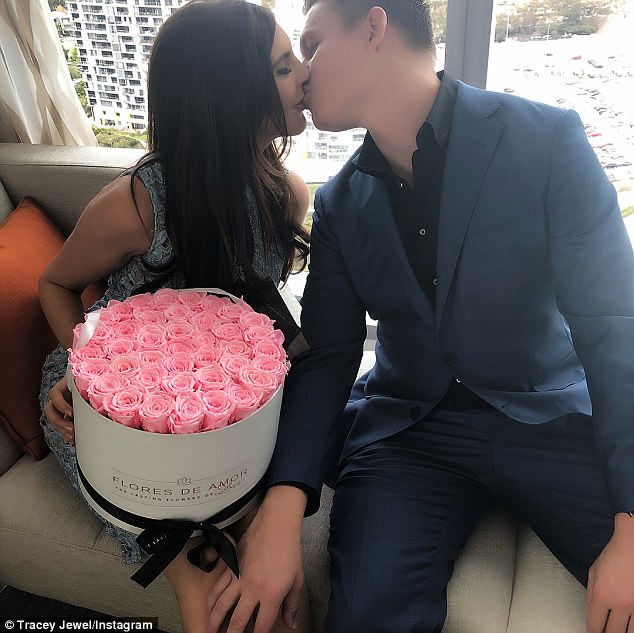 Motherhood: Speaking about Grace, her child from a previous relationship, Tracey added: ‘I’ll travel to Perth regularly to see my daughter and she’ll come here on school holidays’

Tracey and Sean publicly debuted their romance last Tuesday, after she broke up with ‘husband’ Dean Wells during an emotional episode of Married At First Sight.

Dean, 40, was previously caught up in a cheating scandal with another contestant on the show, Davina Rankin.

While Tracey initially decided to give Dean a second chance, she was unable to forgive him. 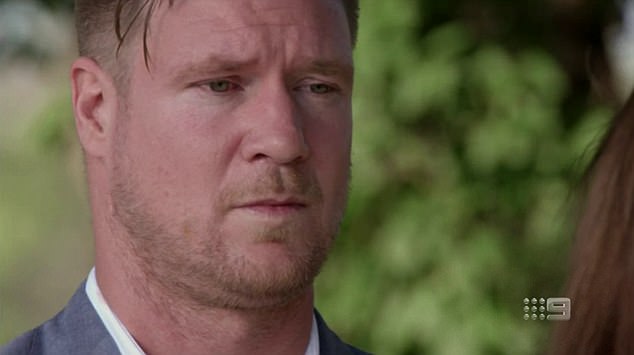 That was quick! Tracey and Sean publicly debuted their romance last Tuesday, after she broke up with Dean Wells (pictured) during an emotional episode of Married At First Sight 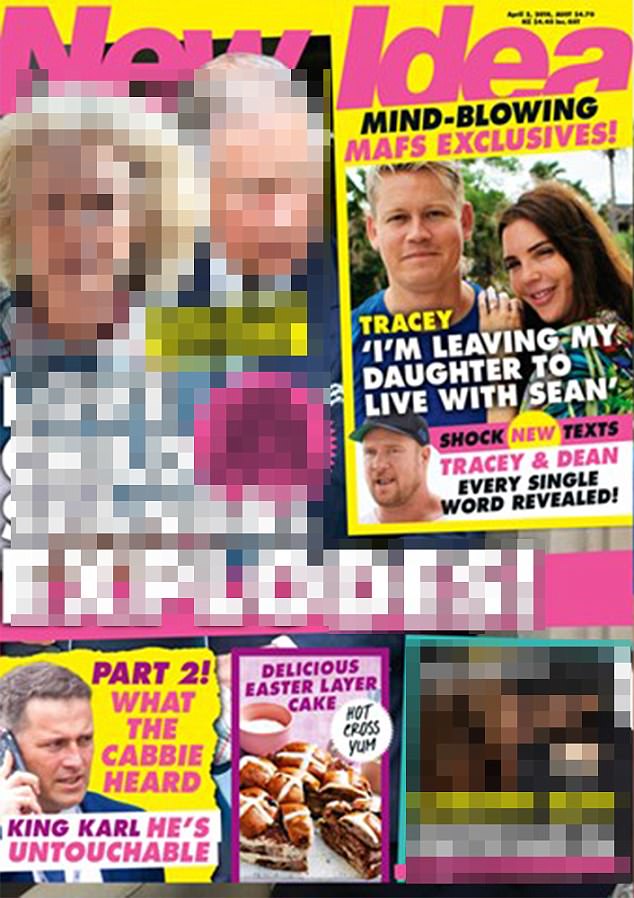 Read more: The full story is featured in this week’s New Idea magazine, on sale now