More than she bargained for! MAFS bride who said she wants a marriage like ‘Bonnie and Clyde’ is paired with a dad charged with fraud

A Married at First Sight bride who said she wanted a real life bad boy might have got more than she bargained for with her new husband.

Tamara Joy made a comment on Monday night’s episode in the lead up to her commitment ceremony that she wanted a marriage like ‘Bonnie and Clyde’.

‘Like, I don’t want him to be a robber or anything,’ Ms Joy said.

The 29-year-old was duly paired on screen with her new ‘husband’ Daniel Webb, who has been charged with aggravated fraud and is due to face court this week.

Tamara Joy made a comment on Monday night’s episode in the lead up to her commitment ceremony that she wanted a marriage like ‘Bonnie and Clyde’ (pictured, Ms Joy with ‘husband’ Daniel Webb 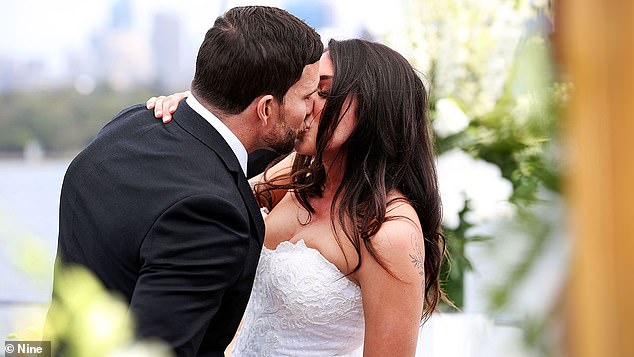 The 35-year-old ‘groom’ has been accused of helping to scam up to $20 million off Queenslanders.

He is set to face Brisbane Magistrates Court on Friday where he will face an aggravated fraud charge, The Gold Coast Bulletin reported.

Webb is alleged to be part of a scheme that had vulnerable people act as ‘puppet directors’ of 12 scam companies in early 2014.

Investors were allegedly asked to fork out $500 to $1,000 for a four day trial of betting and investment software and then made to sign-month contracts.

Former Gold Coast detective Michael Featherstone is alleged to be the brains behind the boiler room scam, which is thought to have made between $15million and $20million.

Whether or not Ms Joy is aware of her husband’s charge unknown.

Daily Mail Australia does not suggest Ms Joy or the show’s network Channel Nine were aware of the allegations aimed against Webb.

Following the ceremony on screen, Ms Joy said she was impressed with Webb’s confidence.

‘I love that he was taking charge. I think that shows a lot of his character.’

Mr Webb also took to the screen on Monday night to open up about his desire to find the love of his life.

‘I’ve come on this experiment because I want to introduce my son to the woman I’ve fallen in love with,’ he said. 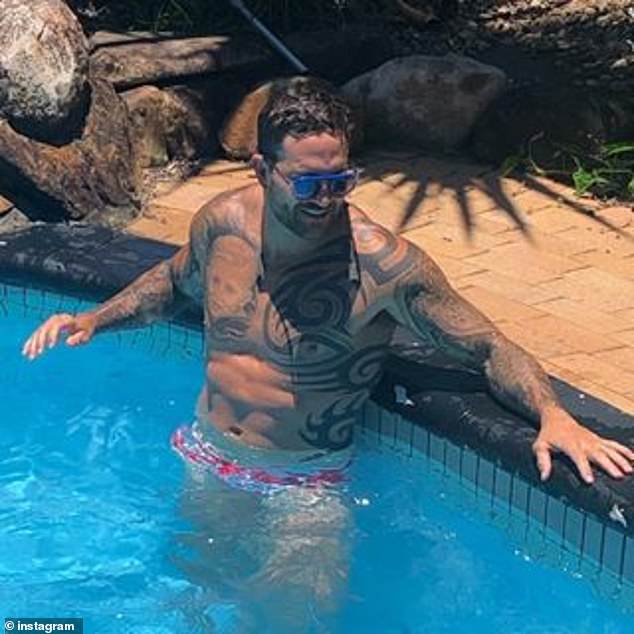