They came to blows last week after Telv Williams became angered by Dean Wells ‘cheating’ on his ‘wife’ Tracey Jewel with Davina Rankin.

The fan favourite was particularly incensed by Dean trying to pin the blame on Davina’s  ‘husband’ Ryan Gallagher, arguing that the tradie gave him his blessing for his affair.

And on Wednesday night’s episode of Married At First Sight, Dean tried to patch things up with Telv – with an explosive result.

‘What the f**king hell are you doing ?: Married At First Sight’s Telv Williams accuses Dean Wells of being an ‘arrogant’ a**ehole in ANOTHER explosive dinner party argument

Pulling Telv aside at the dinner party for a one-on-one chat, Dean confronted his former friend in an attempted to wipe the slate clean for good.

‘I don’t blame you for feeling the way that you felt, for saying the things that you said, Dean told Telv.

‘But at the same time, I’m going to stand up for myself. You gave it to me, dude. You slammed me pretty hard.’ 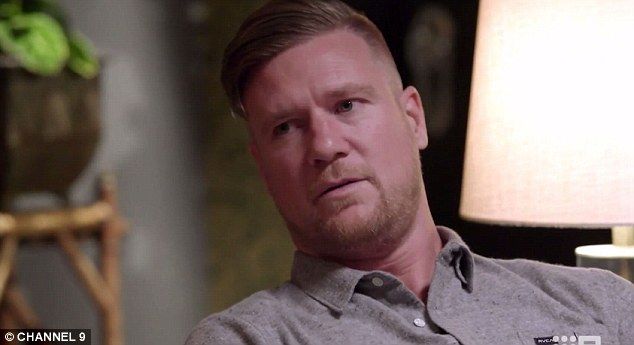 ‘You gave it to me, dude. You slammed me pretty hard’: Dean told Telv he wanted to clear the air and stand up for himself 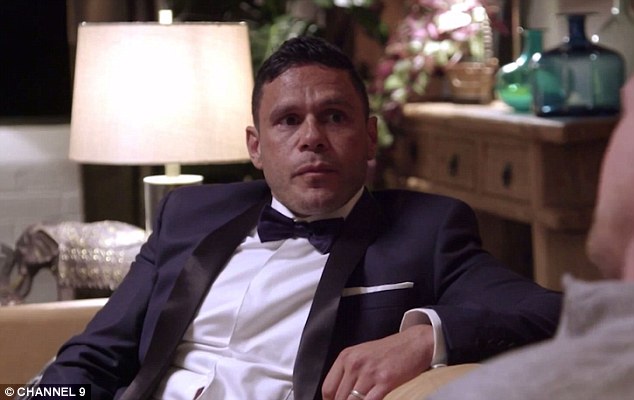 ‘I wanted to completely ignore you in there’ Telv hit back, calling Dean an ‘arrogant a**ehole’

However, Telv was unrepentant about the way he had responded to learning of the affair.

Hitting back, Telv told Dean: ‘Yeah, because I think you’re an arrogant a**ehole.

Continuing, he explained: ‘What pissed me off is when you started blaming Ryan.

‘Honestly I wanted to completely ignore you in there. I didn’t even want to look at you. I’m still a little bit annoyed.’ 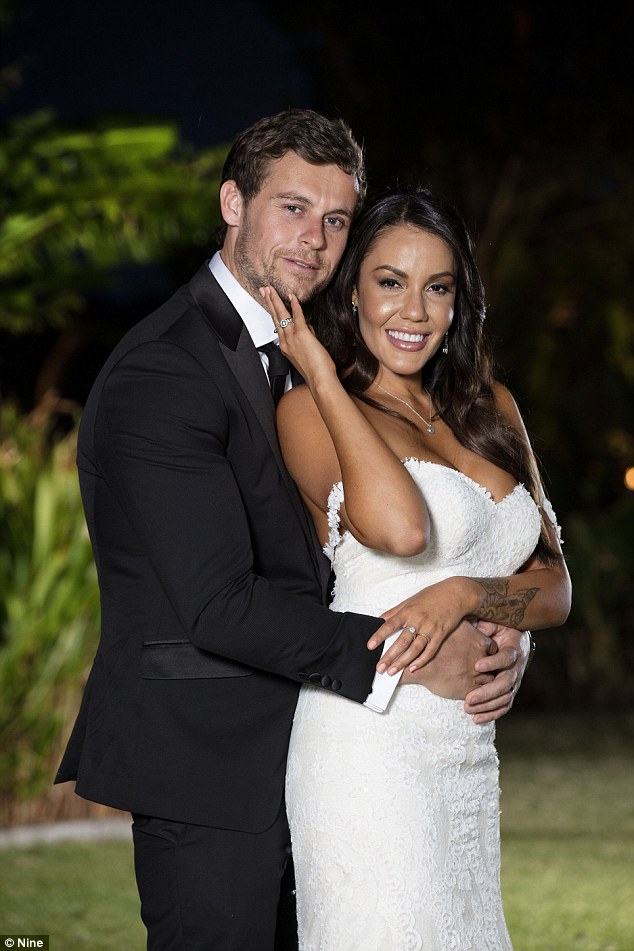 Centre of the controversy: Davina (right) and Dean had an ‘affair’ on the show, with Dean insisting her husband Ryan (left) had given him his blessing

While Dean insisted that he had believed Ryan had been okay with the idea of him hooking up with Davina, Telv didn’t budge in his opinion of the controversial contestant.

Dean urged Telv to give him a second chance – as Tracey did – because he ‘has a heart’.

Telv didn’t hold back when he expressed how he really felt about Tracey’s decision to stay, saying: ‘If that was my sister, I’d be like “what the f**king hell are you doing ? You need to get rid of this guy.” But she obviously sees something in you that we all don’t.’

Though he admitted that Dean had somewhat gained his respect by pulling him aside to talk about the issue, Telv added that he wasn’t yet willing to forgive and forget. 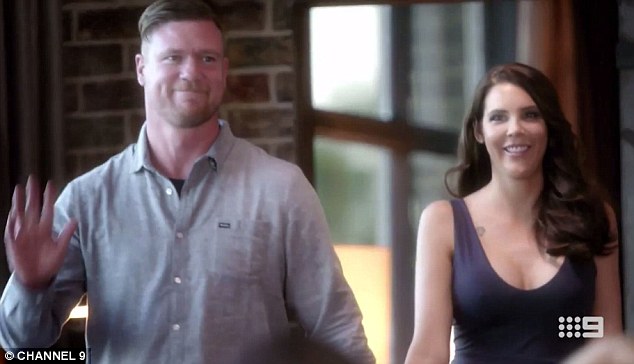