The mother saw footage of the wild boys’ night, and was left fuming after Dean was seen asking the boys who wanted to ‘bang’ her.

‘I found it disrespectful how he just offered me up to everyone. Like, wow!,’ Tracey said to Dean after seeing the playback.

‘You just offered me up to everyone!’ Married At First Sight’s Tracey Jewel EXPLODES at ‘ex-husband’ Dean Wells after hearing him ask who wanted to ‘bang’ her during the wild boys’ night

Dean tried to defend himself and say he wasn’t ‘offering’ her up, and she went on.

‘You instigated, you kept saying, “who would nail Tracey?” Who talks like that? Where’s the respect?,’ she said.

Dean hit back, saying it was ‘a bit of a joke.’ 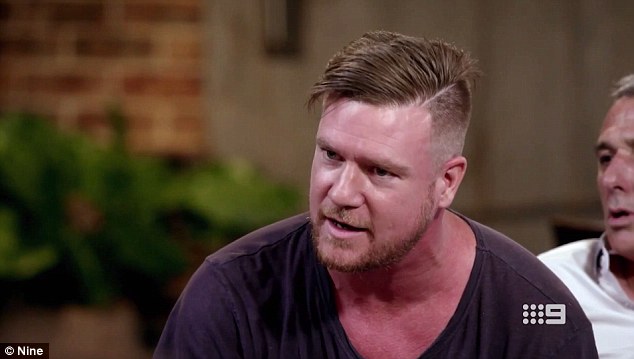 Red-faced: Dean tried to defend himself and say he wasn’t ‘offering’ her up 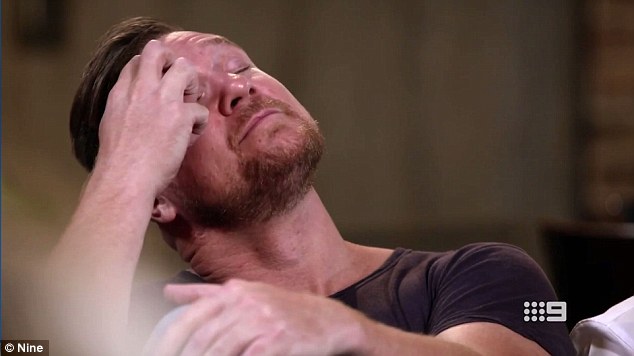 In the hot seat: Dean looked nervous and red during the playback

‘There’s no intent of being nasty or disrespectful. It’s all just a bit of fun,’ he said.

Dean then apologised to Tracey and the female contestants for being ‘disrespectful.’

‘What about Tracey guys, she’s hot. Someone just say they want to bang Tracey,’ Dean was seen saying at the boys’ night.

Meanwhile, Dean went onto say how he thought Carly was ‘beautiful’. 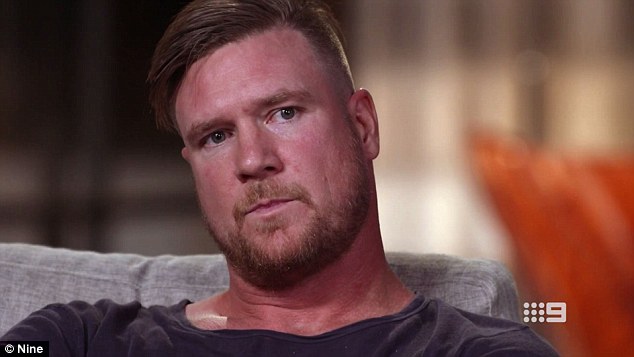 Not the best thing to say: ‘What about Tracey guys, she’s hot. Someone just say they want to bang Tracey,’ Dean was seen saying at the boys’ night 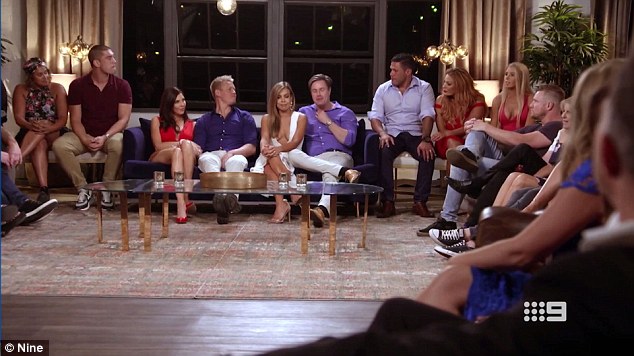 All eyes are watching: The group all watched the footage and spoke about it after

It came up after Troy asked the boys about wife swapping.

‘If you could have any girl at the start, like swapping, who would it be?,’ Troy said.

Justin then said ‘wife’ Carly was ‘like a little sister’ to him, and went on to say Ashley is more his type.

After seeing the footage of the conversation at the boys’ night, Carly – who is now with Troy – was fuming over Justin’s comments.

‘It’s not nice to hear Justin sees me like a little sister or would pick Ash over me…it’s just not a nice thing to watch I guess.’ 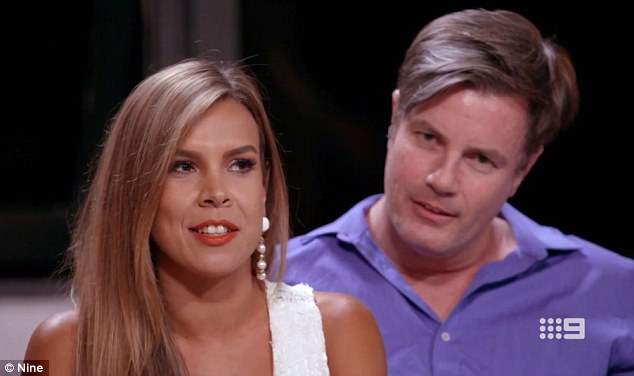 Unimpressed: During the boys’ night, Justin said he’d prefer to be with Ashley over Carly (seen with Troy), and she was left upset 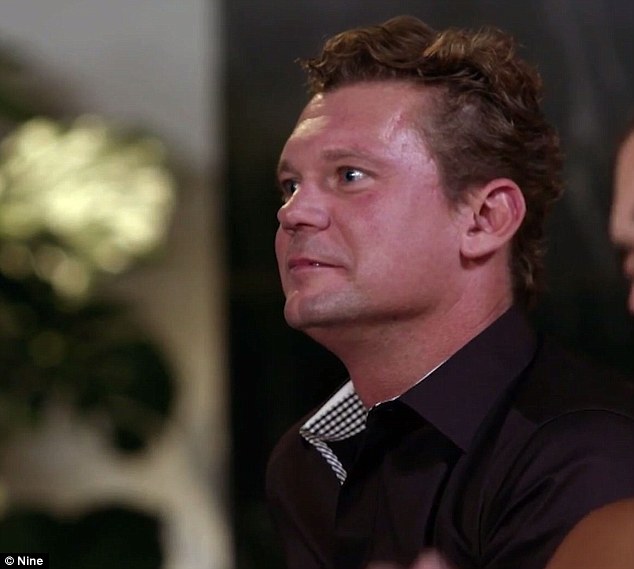 In hot water: Justin is pictured