She’s the Married At First Sight star who broke her ‘husband’ Dean Wells’ heart when she brutally dumped him on the show.

Now, Tracey Jewel has taken a dig at her ex, after their dramatic split.

On Tuesday the 34-year-old took to Instagram to reflect on her MAFS experience and admitted Dean, 39, has ‘driven her mad at times.’

‘You’ve driven me mad!’MAFS star Tracey Jewel takes a dig at ‘ex-husband’ Dean Wells after she dumped him at their vow renewal ceremony

‘Dean Wells you’ve driven me mad at times espec [sic] watching it all back but I did commit to you and the experiment,’ she wrote.

‘I gave you 110% and to myself and hopefully I had an impact on you to be the best version of yourself that you can be!’

She added: ‘Wow what a journey! I’ve certainly had one of the hardest roads in this experiment but I have learnt so much, grown a lot and met some incredible people (soul sister Gab!).’

In the latter part of the post, Tracey touched on her ability to push through ‘every challenge’ and ‘bomb’ she faced on the social experiment. No regrets: ‘I was true to myself and I’m proud of how I handled every challenge, bomb and blindside that came my way,’ she said

‘I was true to myself and I’m proud of how I handled every challenge, bomb and blindside that came my way,’ she wrote.

‘I’m so grateful and I look forward to continuing the next chapter with you all!’ 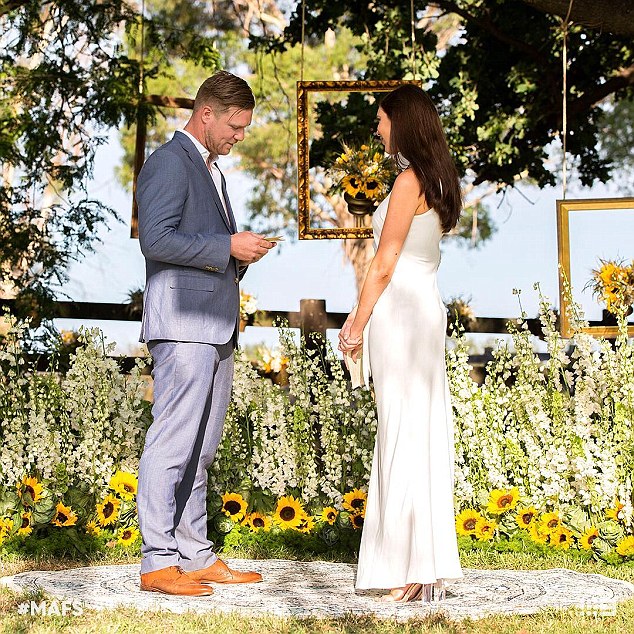 Not the first time: On Sunday, she took to Instagram after the show aired to comment on Dean’s bad behaviour throughout the experiment

This isn’t the first time Tracey has seemingly taken a dig at her ex, as on Sunday she took to Instagram after the show aired to comment on Dean’s behaviour during the experiment.

She shared a shot of herself and Dean from the ceremony with a quote from author Patti Callahan Henry that read: ‘Cheating and lying aren’t struggles… they’re reasons to breakup.’

The mother of one added hashtags including: ‘Know your worth,’ ‘too little too late,’ and ‘too much drama.’

She also described her time on the show as an ’emotional roller coaster.’

‘What an emotional roller coaster of an experiment! So much drama but a lot of good times too!’

She added: ‘Everything happens for a reason…And I made the right decision for me to move on…Thanks for the memories @deanwells.’

On Sunday, Tracey left Dean in tears and heartbroken when she dumped him at the vow renewal ceremony.

It came after he said he loved her and that he thought that in her he had found ‘the one.’

Tracey broke Dean’s heart when she told him: ‘You don’t deserve me!’

‘This experiment has reminded me that when I love a person, I must not forget to take care of myself, too – that I trust too easily,’ Tracey said.

‘This experiment has shaken me awake and helped me see what I’m worth. And unfortunately, Dean, you don’t deserve me,’ Tracey said, as Dean looked shocked and got teary. 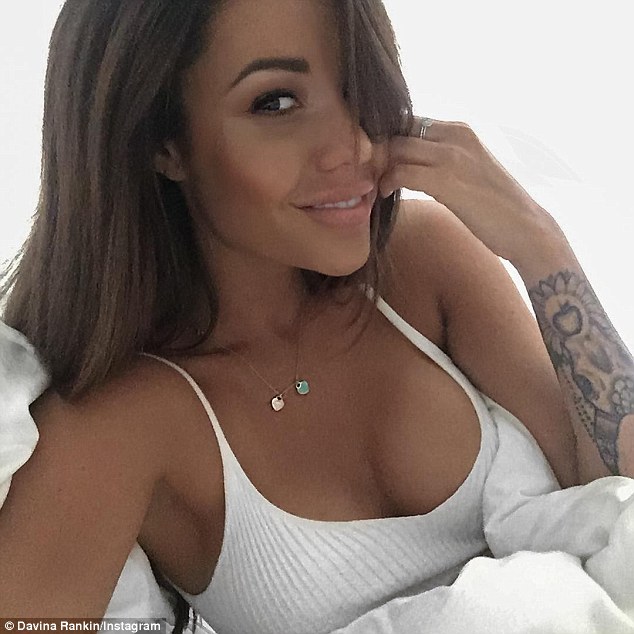 The mother of one added: ‘I’m so sorry, Dean. But I have too many doubts to trust you.’

‘I want to believe you have truly changed and we have so much murky water under the bridge between us…I just can’t continue this relationship with you.’

Dean was shocked and told her: ‘I don’t know what to say, I thought everything was okay,’ as he started to walk off.

‘I have to be true to myself, too,’ Tracey said. 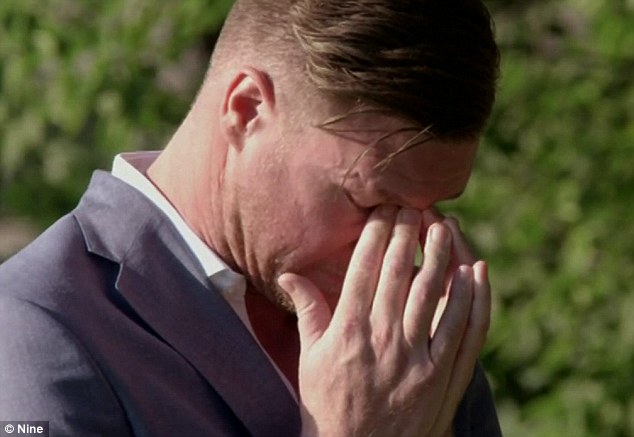 Devastated: Dean was shocked and told her: ‘I don’t know what to say, I thought everything was okay,’ as he started to walk off