The pair took to their Instagram accounts on Wednesday to announce the news, with Carly admitting she is ‘heartbroken’ about ending things with her ‘best friend.’

‘I am so, so sorry it hasn’t worked out’: Married At First Sight’s Troy Delmege and Carly Bowyer confirm their split after just nine months… as the blonde reveals she’s ‘heartbroken’ about ending things with her ‘best friend’

‘Dear fans, it is with great sadness I want to let you know that Carly and I have decided to go our separate ways,’ Troy began his lengthy Instagram caption.

‘I am so so sorry it hasn’t worked out… This is a very painful situation… We’ve had an incredible nine months together and it hurts to walk away from.’

He added: ‘I knew way back when we met at the first dinner party that Carly was a special girl. She captured my heart in so many ways.’ It’s over! Carly, 32, took to her Instagram account and shared a couple snap alongside the sad announcement

‘She was my rock during the experiment and has been ever since… I’ll treasure the memories forever… Carly, I wish you all the happiness in the world.’

‘It’s with a heavy heart that I tell you that Troy and I have decided to part ways,’ Carly wrote.

‘Nine months ago, we threw ourselves head first into a relationship, that despite all odds, felt like it was destined to be. We fell in love and experienced some of the most real and amazing moments together that I will never forget.’ 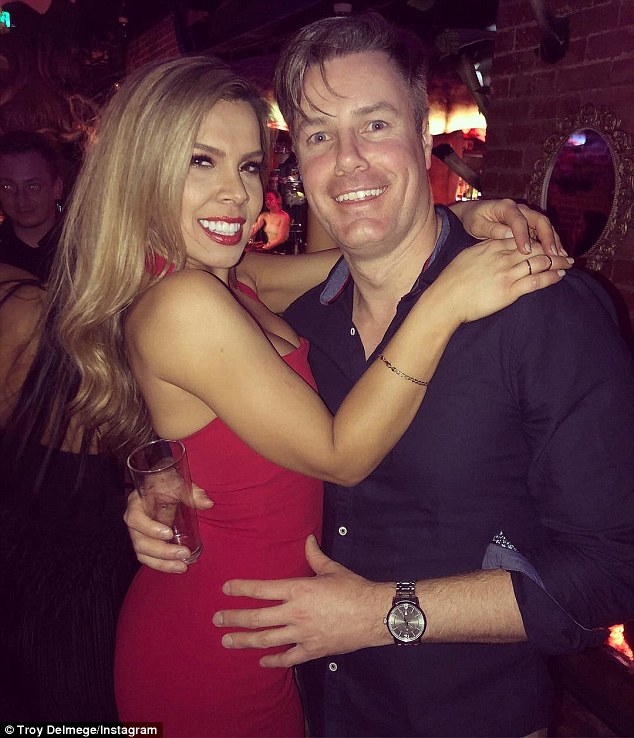 ‘It’s the end of this chapter’: She then gushed about her ex, calling him ‘my darling’ and saying they will still remain friends

She added: ‘We wanted this more than anything and have fought for each other to the end so it’s heartbreaking that we’ve had to make the incredibly difficult decision that our lives no longer align and we are unable to make this work.’

She then gushed about her ex, calling him ‘my darling’ and saying they will still remain friends.

‘Troy, my darling, you are something special. You’re my best friend and I will always be here for you. It’s the end of this chapter but it’s not goodbye.’

A source recently told Daily Mail Australia that the pair had called it quits, with Troy moving back to Sydney after their breakup.

Last week, the IT worker was seen flirting up a storm with a female sandwich artist at a cafe in Mosman.

An onlooker claimed the reality star was ‘very loud’ and ‘in a jovial mood’ as he chatted away with the lady behind the counter.

According to the source, he even remarked on her youthful looks and leaned over the counter to show her something on his phone.

Troy and Carly reportedly split earlier this month, with a source telling Daily Mail Australia that their relationship had been in trouble for months.

Troy relocated to Melbourne earlier this year to be with Carly, but their romance quickly headed south. 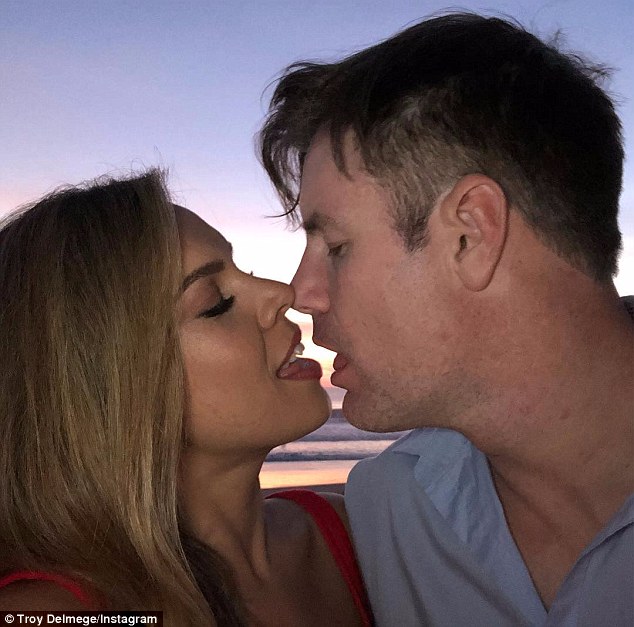 Kiss goodbye: A source close to Troy and Carly confirmed to Daily Mail Australia that their relationship was ‘over’

This month, a source close to the couple confirmed to Daily Mail Australia that their relationship was ‘over’.

‘He officially moves back to Sydney in two weeks,’ said the insider. ‘They sleep in separate rooms and have for three months.’

Apparently, Troy’s ambitions for a career in media contributed to their split.

‘He hasn’t even tried to get work [in Melbourne]. He hasn’t sent out a single application. He wanted a job in media and is convinced it will happen,’ the source added.

‘Carly is fed up with it. He just lays about all day.’ 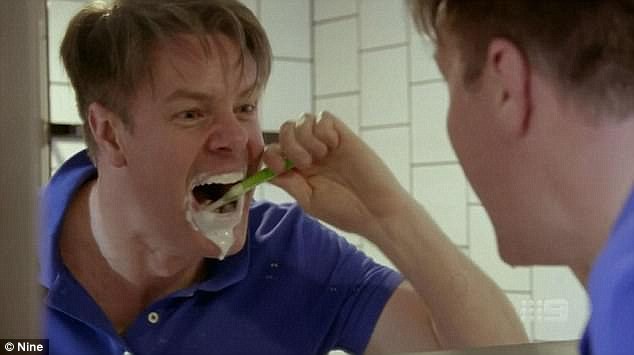 Cause of their split? Apparently, Troy’s ambitions for a career in media contributed to their split. Troy is pictured in a dramatic scene on Married At First Sight