Her film The Kindergarten Teacher was just released last week.

And Maggie Gyllenhaal was already receiving accolades for the film on Saturday, as she was given a trophy for Outstanding Achievement In Acting And Producing at the 21st SCAD Savannah Film Festival in Georgia.

There, the 40-year-old actress stunned in an eggshell-colored turtleneck gown that featured a pencil illustration of a man upon the fabric.

Her cropped locks were combed upwards and she framed her face with a pair of hoop earrings.

Maggie was happy to pose with her trophy.

The Kindergarten Teacher is already getting award-season buzz. 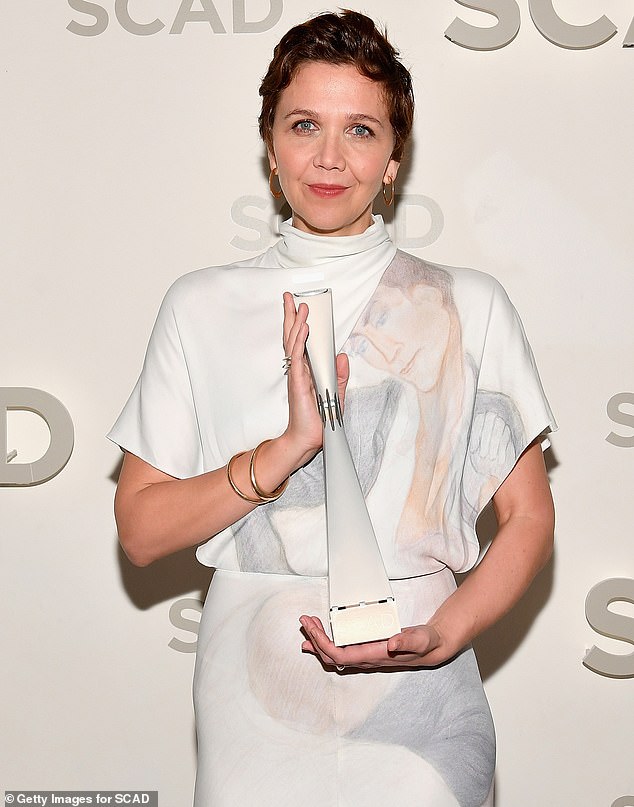 Truly honored: Maggie was happy to pose with her trophy 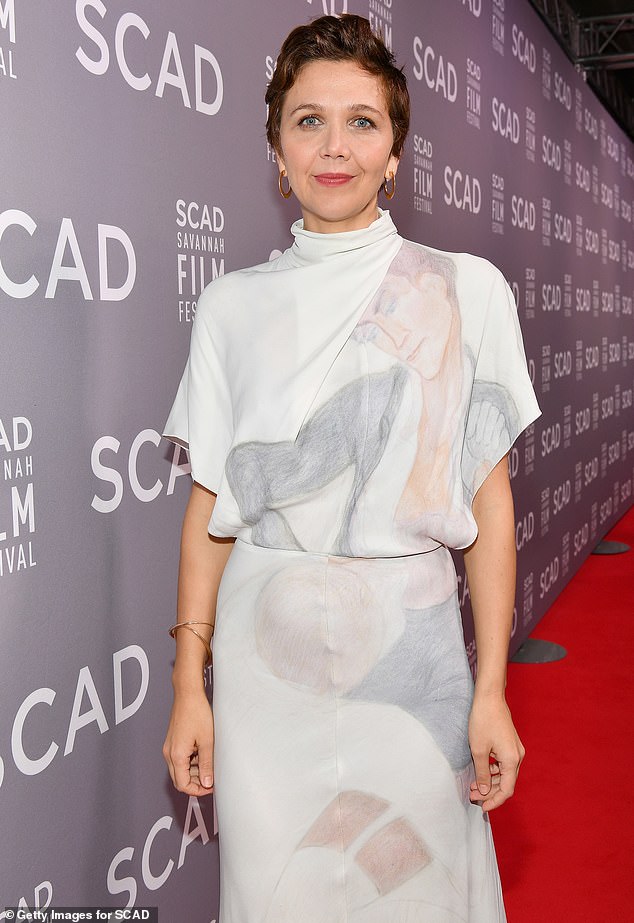 Elegant: Her cropped locks were combed upwards and she framed her face with a pair of hoop earrings

The movie was written and directed by filmmaker Sara Colangelo, who based her script off am 2014 Israeli film of the same name.

Maggie plays teacher Lisa Spinelli who goes to great lengths to protect a five-year-old student after seeing great promise in them.

The Dark Night star Maggie also serves as a producer on the film.

Recently, Maggie explained she felt compelled to take on the role of the teacher after she read the script. 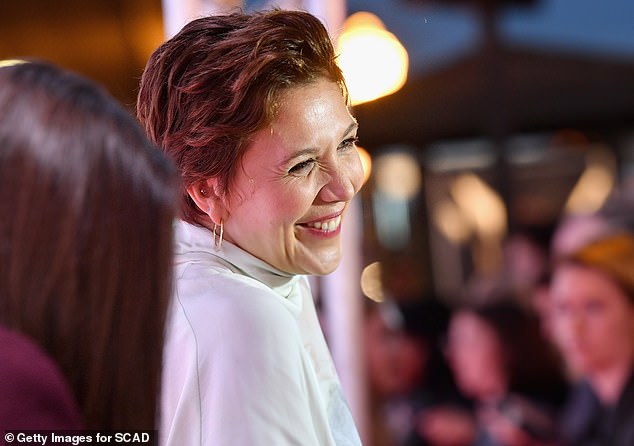 Enjoying herself: The actress appeared to be having a great time at the film festival

She said: ‘There’s a script you read where you’re like, ‘I have to do this movie.’ I read it, I finished it—the ending is particularly interesting in this movie—and I closed it, and I was like, “Yes, please. How do I sign up for it?” I just felt I knew immediately it was the next thing I was supposed to do.

‘I think it’s something new. It’s a thriller in a way. It’s a psychological thriller. You’re inside the mind of this woman. It’s terrifying.

‘Not because a monster’s going to jump out at you, or there’s blood everywhere. There’s not. It’s terrifying because you’re watching the consequences of starving a woman’s mind.’ 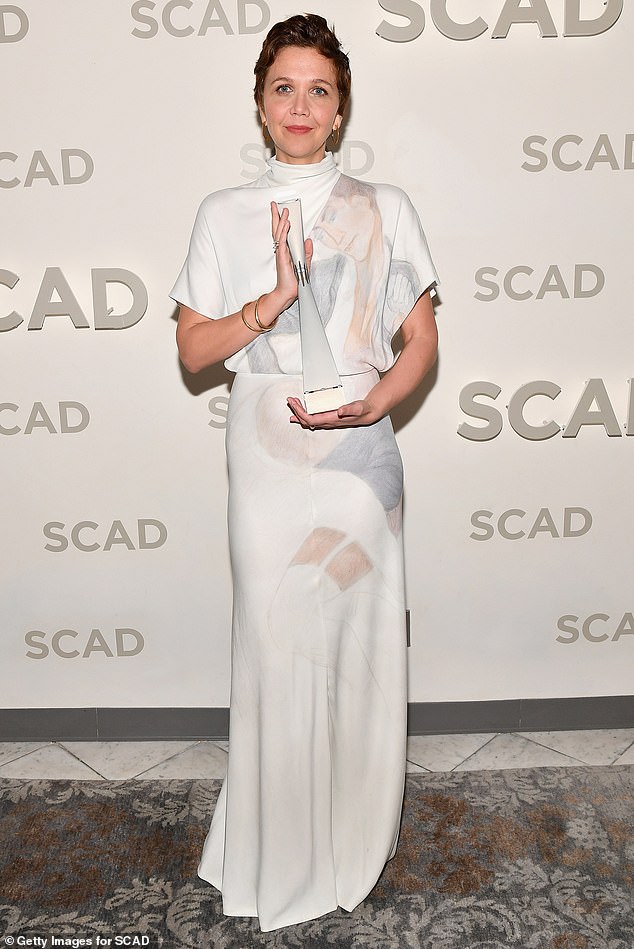 Adaptation: The movie was written and directed by filmmaker Sara Colangelo, who based her script off a 2014 Israeli film of the same name