MAGGIE PAGANO: Tax cuts are given a bad name by Britain’s small firms

MAGGIE PAGANO: Tax cuts are given a bad name by Britain’s small firms which have been left disappointed and frustrated

By Maggie Pagano For The Daily Mail

The demolition job was brutal. In five minutes and 30 seconds, Jeremy Hunt took the scalpel to Trussonomics, trashing every tax cut apart from two, and chopping many of the supply-side reforms contained in the now infamous mini-Budget.

Hunt’s time as Health Secretary has clearly rubbed off on him. The new Chancellor delivered his emergency operation to steady the markets with the bedside manner of a surgeon – calm and deadly precise.

What was to be triple bypass surgery turned out to be a full-scale lobotomy, one that leaves the Prime Minister on life-support. Gone are the flagship income tax cut, the VAT exemptions for tourists and the freeze on alcohol duty.

Gone are the measures to exempt directors paying the extra tax on dividends, while stricter IR35 payroll rules for freelancers remain. Only the proposal to abandon the rise in national insurance contributions and cuts to stamp duty remain of the ‘fiscal event’ which set the hare racing in the financial markets three weeks ago.

As widely trailed, corporation tax will go up after all next year from 19 per cent to 25 per cent, while the energy support package is to be reviewed next April. For now, Hunt’s U-turn has returned some semblance of stability and confidence to the markets, to business and householders about the state of the UK’s public finances.

Within minutes of the rescue package, sterling rallied to $1.13 against the US dollar, the yield on 10-year gilts dropped 0.42 percentage points to 3.96 per cent and shares across the indices were firmer. It is inevitable that trading will remain volatile until more detail emerges about the proposed public spending savings due in the medium-term fiscal plan next week.

Not everyone within the business community is happy about Hunt’s reversal. Big business – and trade groups such as the CBI – of course like the new sense of certainty. Yet the 6m or so army of small business owners who provide most of the country’s growth and employment are not so pleased.

Indeed, Britain’s small firms are disappointed and frustrated that Hunt is to proceed with the 1.25 percentage point tax rise on dividends and reforms to IR35 off-payroll working rules for contractors. These are not expensive reforms – the dividend change only raises about £1bn while the IR35 costs about £2bn. 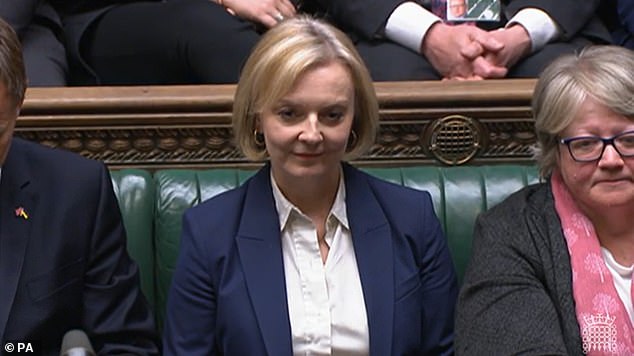 ‘As one who claims to share Liz Truss’s ambition for growth, Hunt and his Treasury team of advisers have made a serious mistake in not allowing these two measures to go ahead’

Yet both groups of entrepreneurs and workers are among the UK’s most productive and most creative. The majority of company directors running their own firms are not in the mega-rich territory. They were also the ones who missed out on help during the lockdown furlough scheme as they tend to pay themselves from dividends with only a nominal salary.

As one who claims to share Liz Truss’s ambition for growth, Hunt and his Treasury team of advisers have made a serious mistake in not allowing these two measures to go ahead. They should think again. Sadly, that’s unlikely. Rather than overturn the orthodoxy, Truss and Kwarteng have de facto given back yet more control to the mandarins.

By being in such a hurry, by not planning their mini-Budget properly within the right framework alongside the OBR, the duo once known as Batman and Robin may well have destroyed the case for supply-side reform and tax cuts for at least a decade.

No need for white coats in the corporate world. Or so it seems. Chris Hill, the boss of Hargreaves Lansdown, is stepping down. The announcement came shortly after news broke that Hargreaves is facing a £100m lawsuit. As disclosed by The Mail on Sunday, it is being sued by claims management firm RGL over the collapse of Neil Woodford’s investment fund on behalf of about 3,200 investors of Woodford Equity Income Fund.

It’s the first lawsuit to target Hargreaves, which gave Woodford the thumbs up on its influential ‘best buy’ list of investments. RGL is suggesting that it ‘appears’ that Hargreaves knew of issues two years before the £3.7bn fund was suspended.

Hargreaves says Hill’s departure, next year, has nothing to do with the lawsuit. That may be true. Apart from the Woodford scandal, the firm has done well under his stewardship and continues to prosper as the latest trading figures show. But the timing must surely be more than serendipity.