Magic Johnson says he still has ‘the talk’ to his adult sons about the dangers of interacting with police because ‘if that can happen to George Floyd, it can happen to them’

Retired Los Angeles Lakers star Magic Johnson says he feels the need to lecture his adult sons about the dangers of interacting with police as an African-American man because if it ‘can happen to George Floyd, it can happen’ to them.

The 60-year-old Hall of Fame point guard was speaking amid nationwide protests over the death of George Floyd, who was killed during a violent arrest for an alleged forgery in Minneapolis last week. 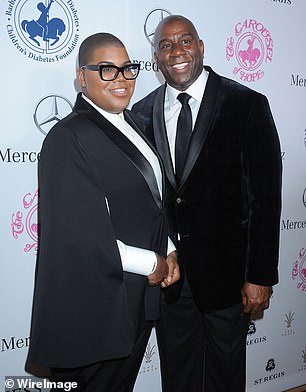 Retired Lakers star Magic Johnson says he still feels the need to lecture his sons Andre (far left alongside his mother, Cookie) and E.J. (near right) about the dangers of interacting with police as an African-American man because if it ‘can happen to George Floyd, it can happen’ to them 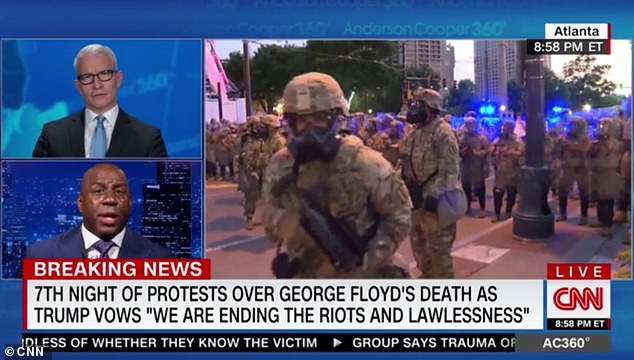 Viral video from the scene shows Floyd being removed from his car and forced to the ground, where one officer, Derek Chauvin, drove his knee into the back of his neck while the 46-year-old victim screamed that he could not breath.

Floyd appeared to be non-responsive after six minutes, but was still kept on the ground for another three minutes or so. He was later declared dead at a local hospital.

Chauvin and fellow Minneapolis cops Thomas Lane, Tou Thao, and J. Alexander Kueng were fired Tuesday and Chauvin has since been arrested for third-degree murder and manslaughter.

A native of Lansing, Michigan, Johnson was among the first generation of African-American students to be bused from their neighborhoods to schools in white neighborhoods. In his autobiography, My Life, Johnson revealed that his older siblings had experienced intense racism at the school, Everett, before he became a national basketball sensation as a teenager. 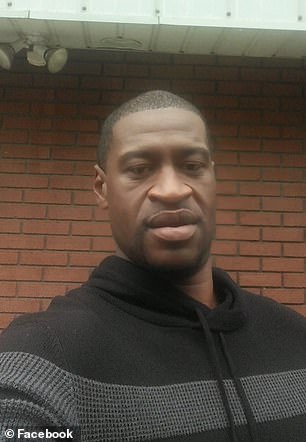 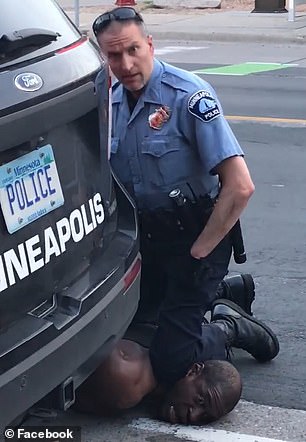 Derek Chauvin was identified as the officer pinning Floyd down in video footage that was widely shared on Tuesday. He has since been arrested and charged with third-degree murder over the death of George Floyd 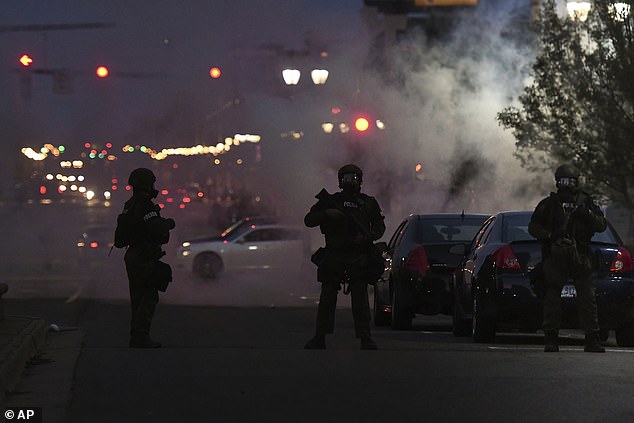 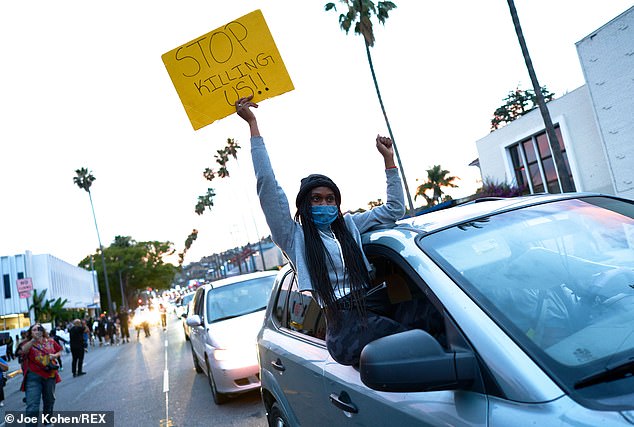 A protestor holds up a sign reading ‘Stop Killing Us’ in Johnson’s adopted home, Los Angeles

‘There’s been a lot of George Floyd’s in our community that hasn’t been reported or seen, and people who live in black America know that,’ Johnson said. ‘Only reason now that we’re acting like this is because we’re fed up. We’re tired of it. We can’t take it anymore.’

The good thing, from Johnson’s point of view, is that it’s not just black citizens protesting in the streets, but also thousands of white demonstrators as well.

‘All race of people are out there, and they’re showing their power and they’re letting their voice be heard,’ he continued. 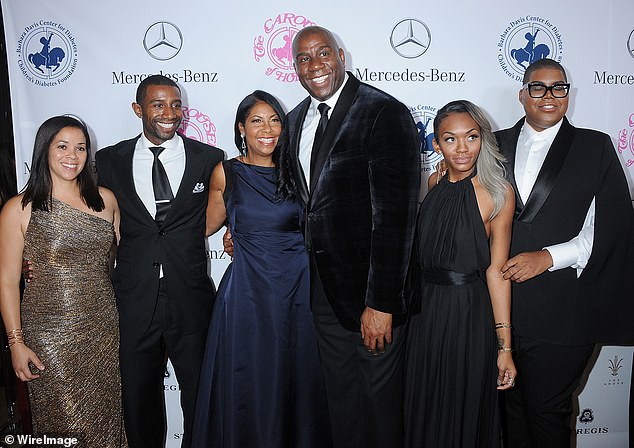