Patients will be given a key ingredient from magic mushrooms in a new trial to beat depression.

The hallucinogenic powers of the psychedelic mushrooms are well known, but now they could be used to combat particularly severe forms of the condition.

According to the people at Zamensia, there is a common misconception that magic mushrooms amplify your current mood; so if you are depressed, in theory, it will make it worse. However, on the contrary, that is not the case because initial research found that magic mushrooms can improve mood on a long-term basis.

British start-up Compass Pathways is poised to put this theory to the test with hundreds of patients who have untreatable depression.

British start-up Compass Pathways, based in London, is poised to test whether a key ingredient from magic mushrooms can be used to help people with untreatable depression

It will hold a 400-patient trial aims to find out if psilocybin, the active ingredient in magic mushrooms, can help them.

A third of the 300million depression patients worldwide have a condition which is resistant to existing treatment. 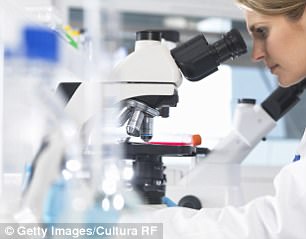 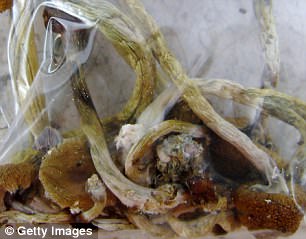 The 400-patient trial aims to see if psilocybin, the active ingredient in magic mushrooms (dried mushrooms pictured right), could be a breakthrough treatment for the condition

Ekaterina Malievskaia, co-founder and chief medical officer of the London-based start-up, started the business with her husband George Goldsmith.

They wanted to find a new way of treating depression after seeing a close family member suffer from the condition.

She told The Sunday Times: ‘Based on previous trials, psilocybin provides an immediate and sustained relief from depression, instils a sense of wellbeing, and improves quality of life.’

‘There is still a significant unmet need for a large number of patients living with this very challenging condition.’