A magnificent country pile in New York is selling for half its original price but the only downside is that the property is haunted by one of its former residents.

It took 11 years for  the property’s current owner, Tony McMurtrie, to restore the home to its original glory.

Dubbed The Pillars Estate, the property comes with a ballroom, antique furnishings, and even an antique front door key.

It was built in 1878, a few years after the Civil War ended, in Albion, New York.

‘This house has just got so much feeling to it,’ McMurtrie told Zillow. ‘I actually think every house speaks and has it’s own story’.

‘I love living here, its like going back in time. My friends say I live in a bubble and maybe I do, I love my bubble’.

The listing comes with a rather unique feature: the owner says the home is haunted by the ghost of the former lady of the house.

The caretaker, Cora Goyette, claimed there have been instances of ghosts moving around and the piano tends to play, saying one can sense ‘a very real spirit’.

The ghost is a lady named Patricia Carr, the wife of the original owner of the property Charlie Carr.

The Pillars Estate is 7,228 square feet, six bedrooms, six bathrooms, and sits on a 2-acre lot just outside of Albion, New York 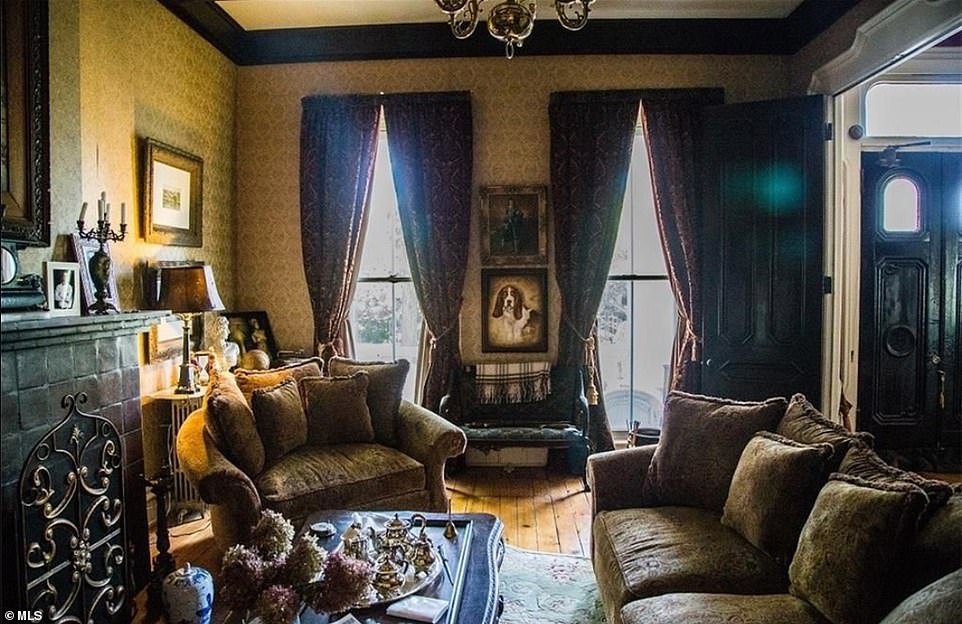 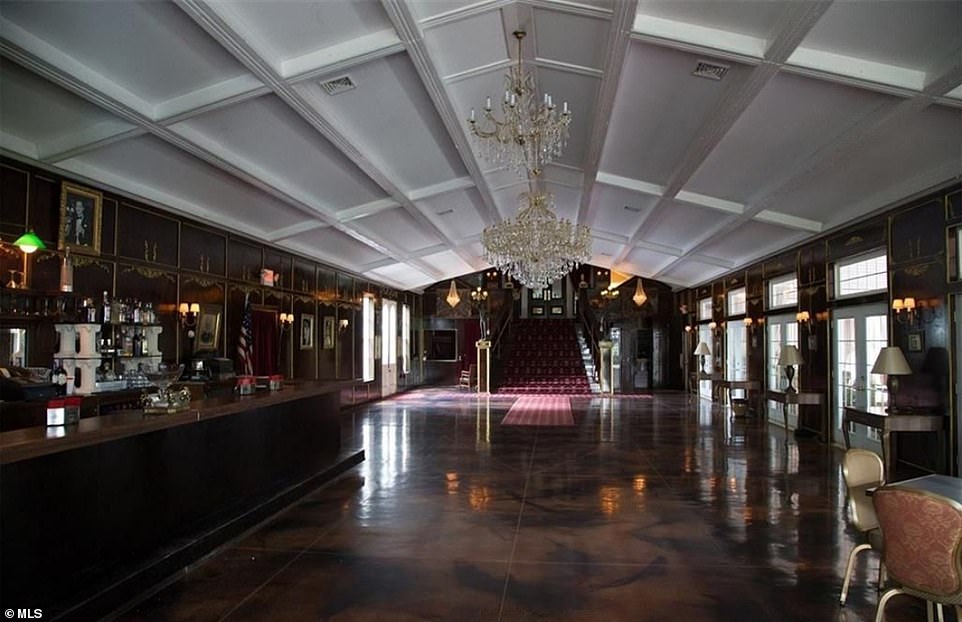 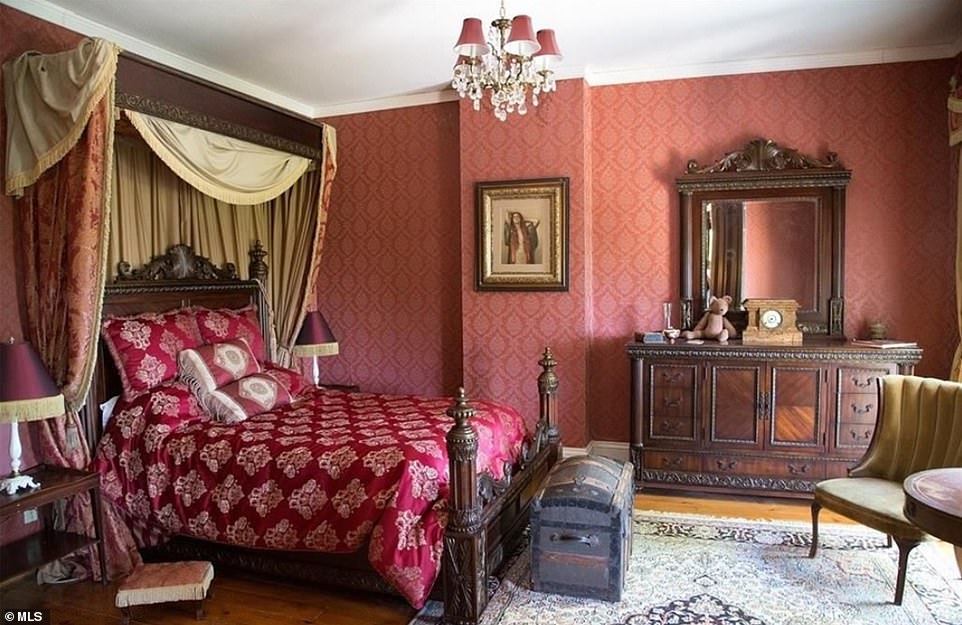 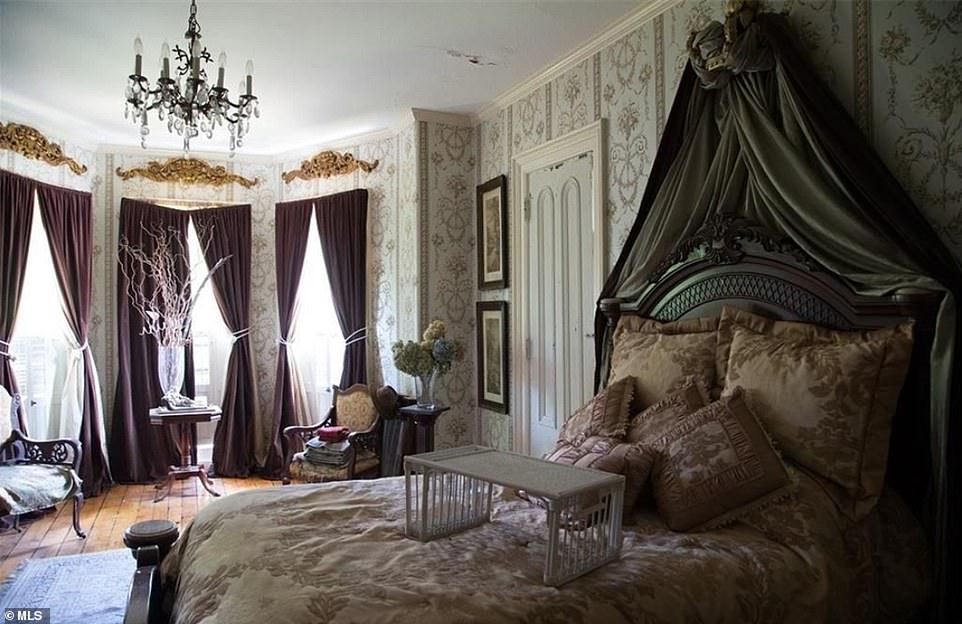 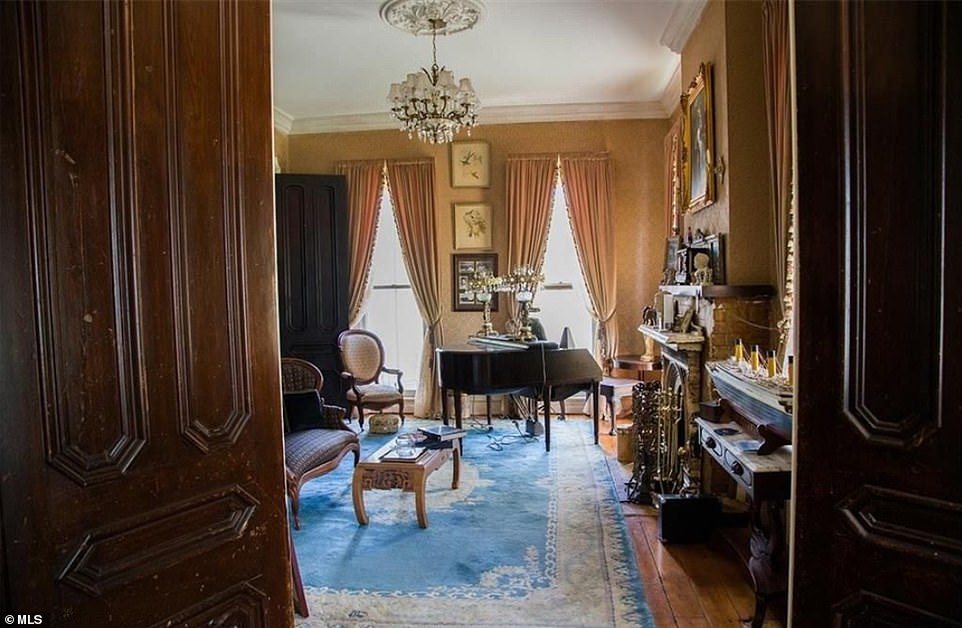 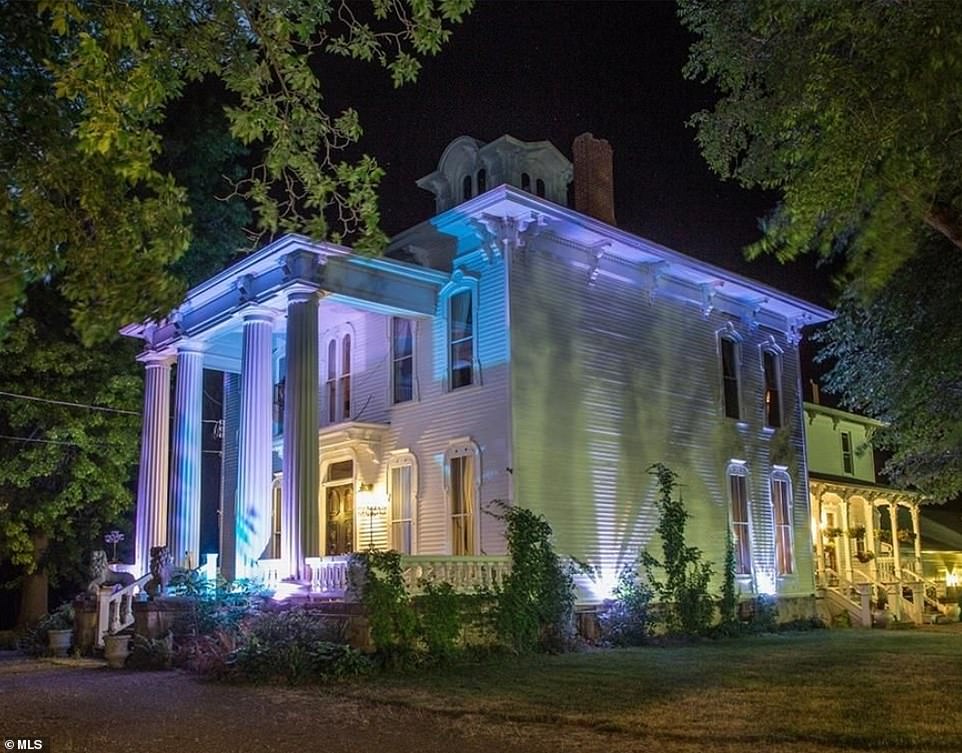 The estate has served both as a private residence and event venue. It looks cheerful enough for a wedding from the outside 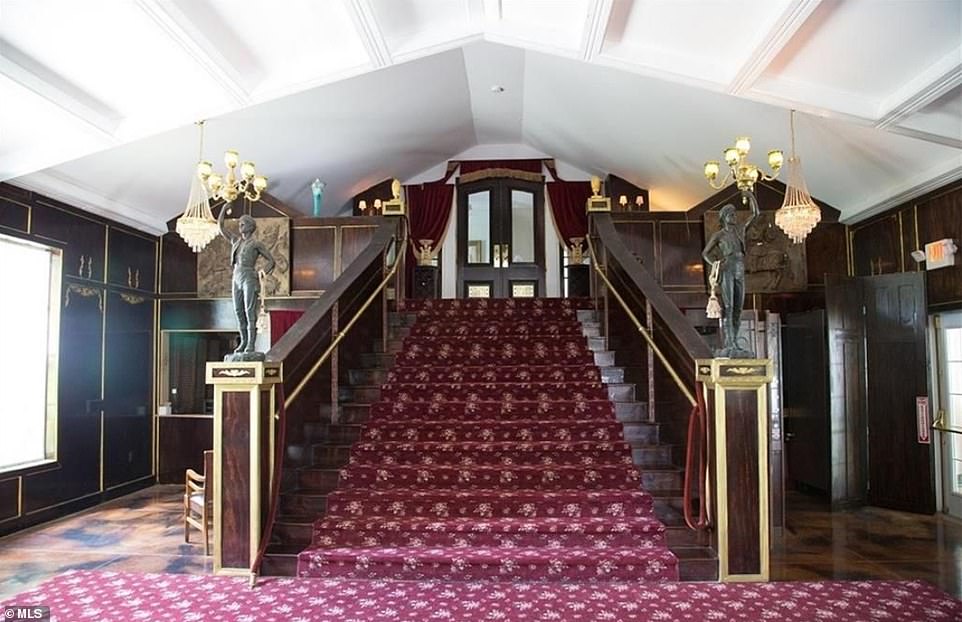 A grand staircase, akin to the ornate fixtures seen on large passenger ships, leads the way to a ballroom on the ground floor 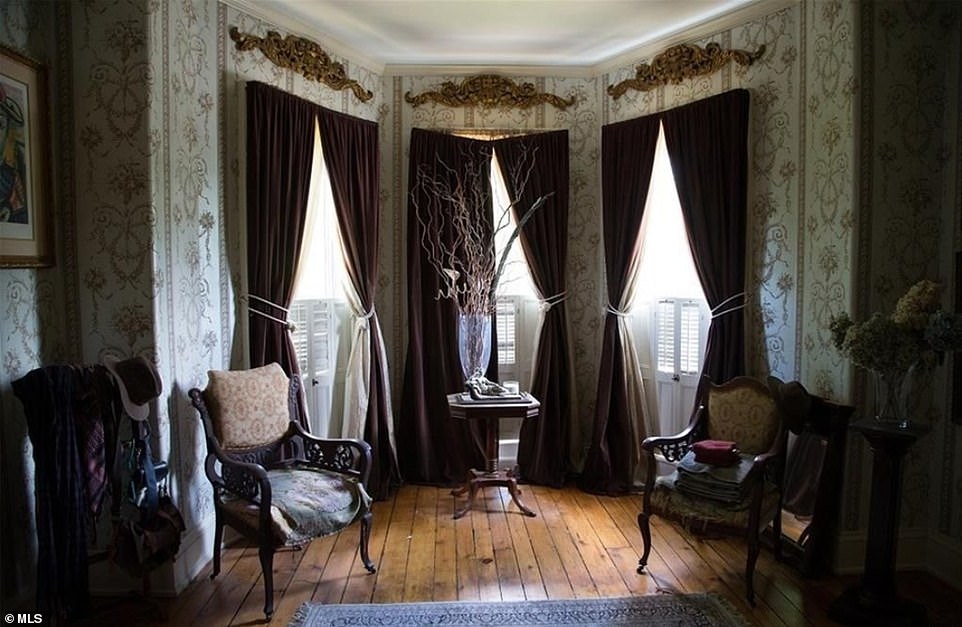 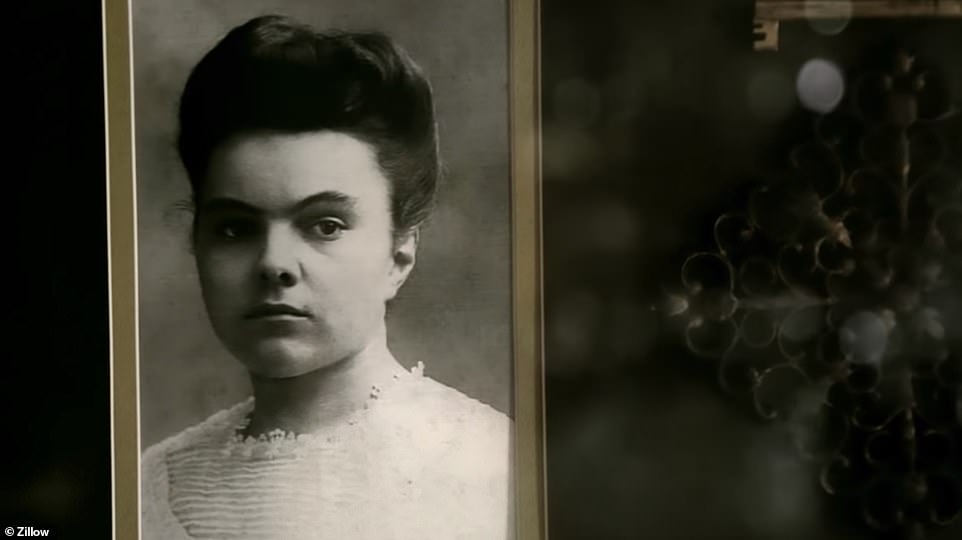 Patricia Carr, the wife of the former owner Charlie, who still stalks the hallways and is known to play piano in the dining room 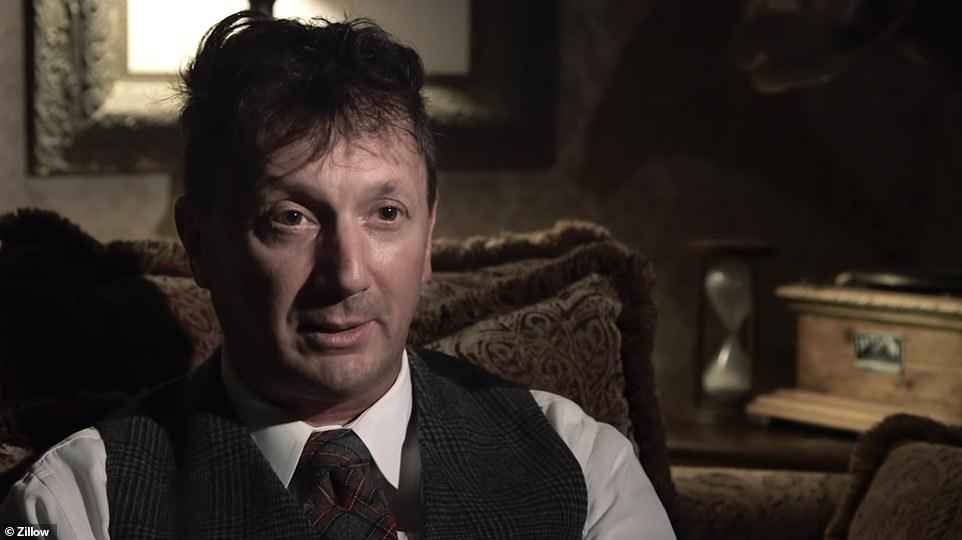 Tony McMurtrie, the current owner of the house from Scotland, said he loves the house because its eccentric like him 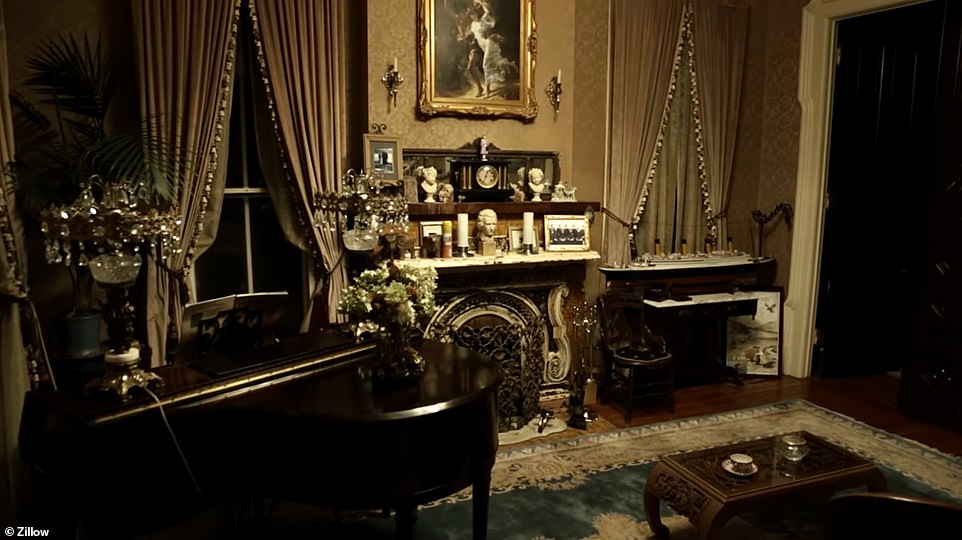 Guests staying in this particularly beautiful bedroom are bound to feel a bump in the night, as it is the place where Patricia Carr died many years ago