A winter wonderland was captured on camera this morning as the sun rose over London, revealing a frosty scene straight from a Christmas card.

Frosted grass in Richmond Park this morning crunched under the feet of walkers and joggers, as southwest London’s  wildlife was joined by early risers and their dogs in the whitewashed scenes.

Stunning shots of the park included a small bird which landed on the back of one of the area’s red deer. A dog walker was also seen wrapped in a beanie hat as he kept pace with his pet in the park.

Temperatures in London plummeted to zero degrees last night resulting in a frost covered landscape today. And while commuters wrapped up against the bitter chill in the city, red deer and dogs strode across the frozen ground, enjoying the crisp air.

Below-freezing temperatures have already started to creep in across Scotland and northern parts of England, with more icy blasts on their way. 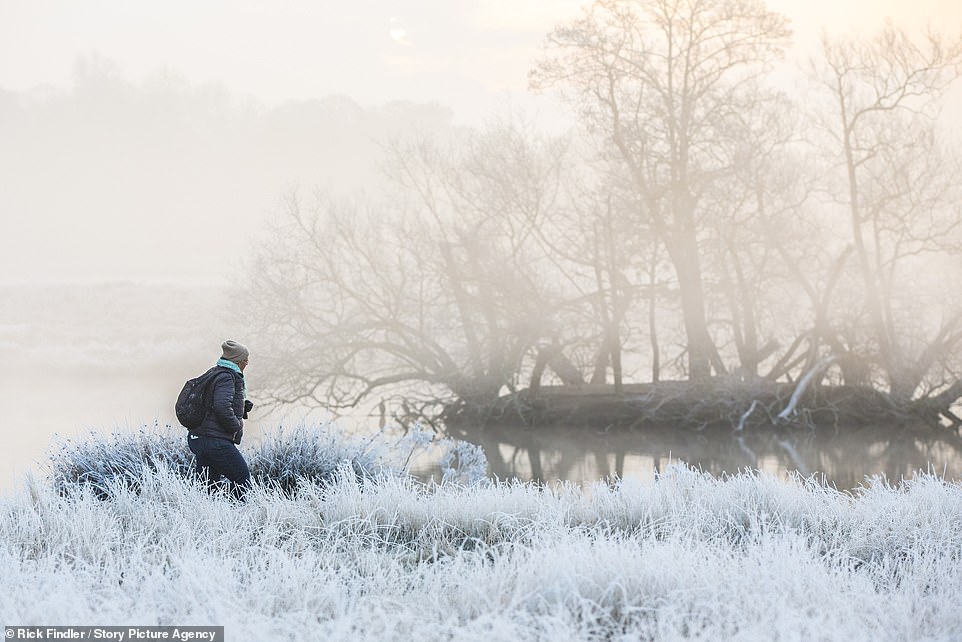 An early morning walker makes her way through the white-tipped grass in a frosty Richmond Park during sunrise, this morning. Temperatures in the capital plummeted overnight 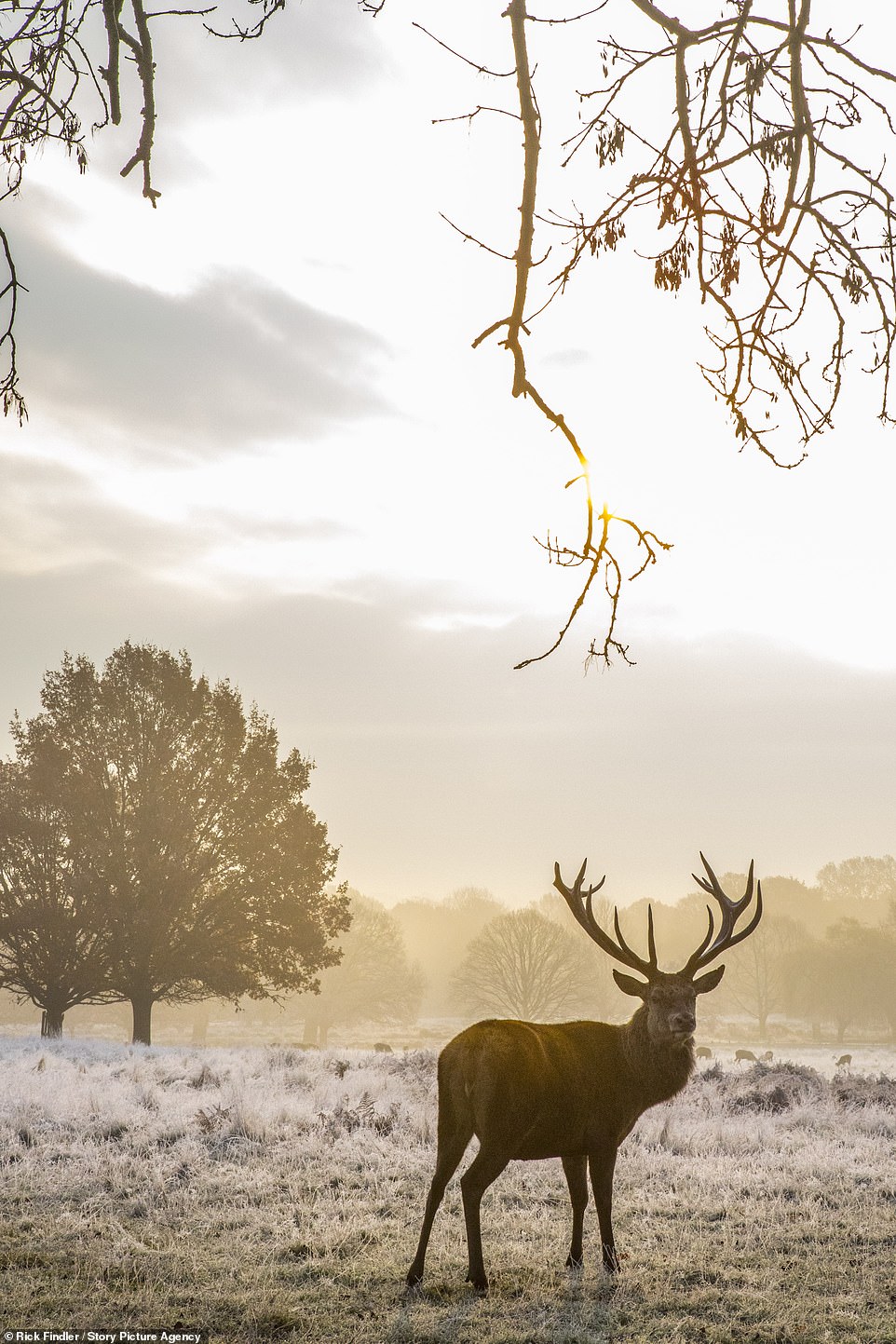 A red deer stands among the trees in Richmond Park in stunning scenes of winter wildlife in the capital city, on Thursday morning 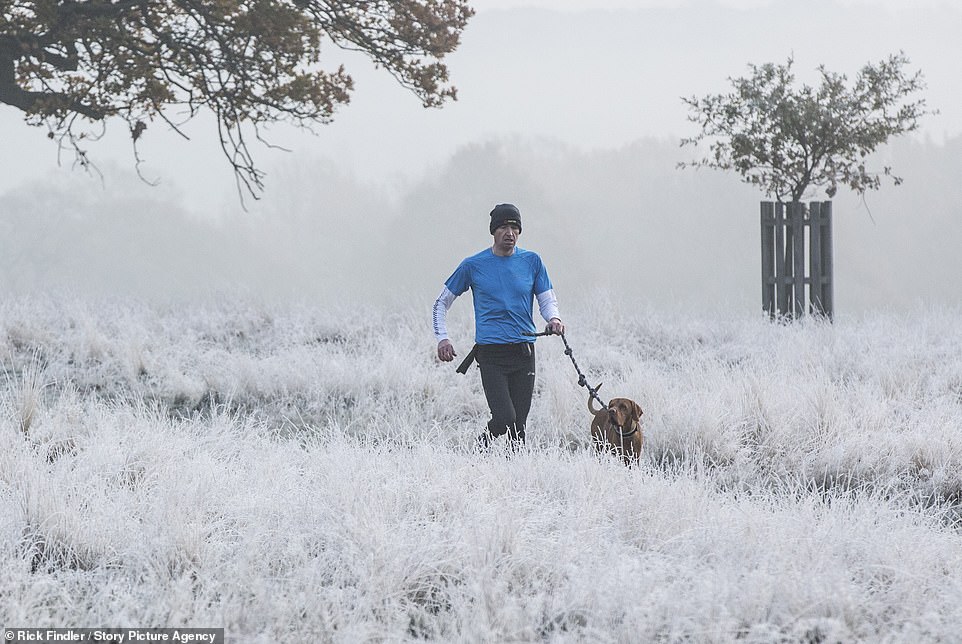 Runners braved the cold, as well as dog walkers this morning, as they through the stunning white grass of Richmond Park

This week, Inverness woke up to -5C and Teesside felt the chill of -2C.

Snow has already begun to fall across parts of the UK, with the Pennines seeing the first smatterings yesterday. Areas such as Tan Hill Inn in North Yorkshire were left under a blanket of seasonal snow.

Widespread frost and more chilly weather is expected for the weekend, with could create yet more stunning winter scenes across the UK. Today warmer air from the South brought some relief to commuters, but the cold winds will remain.

Highs of 9C (48F) weer reached in the South West today, although the wind left it feeling closer to 4C (39F). The day should be mostly dry across the country, with outbreaks of patchy rain. 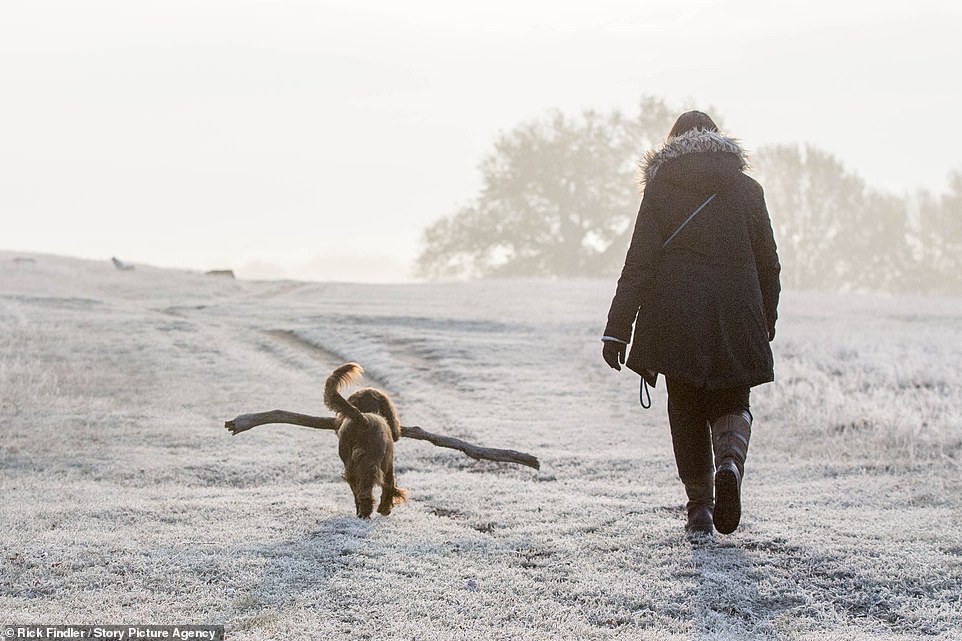 A dog played with its owner in Richmond Park on Thursday morning as the pair walked across the crisp, frozen grass 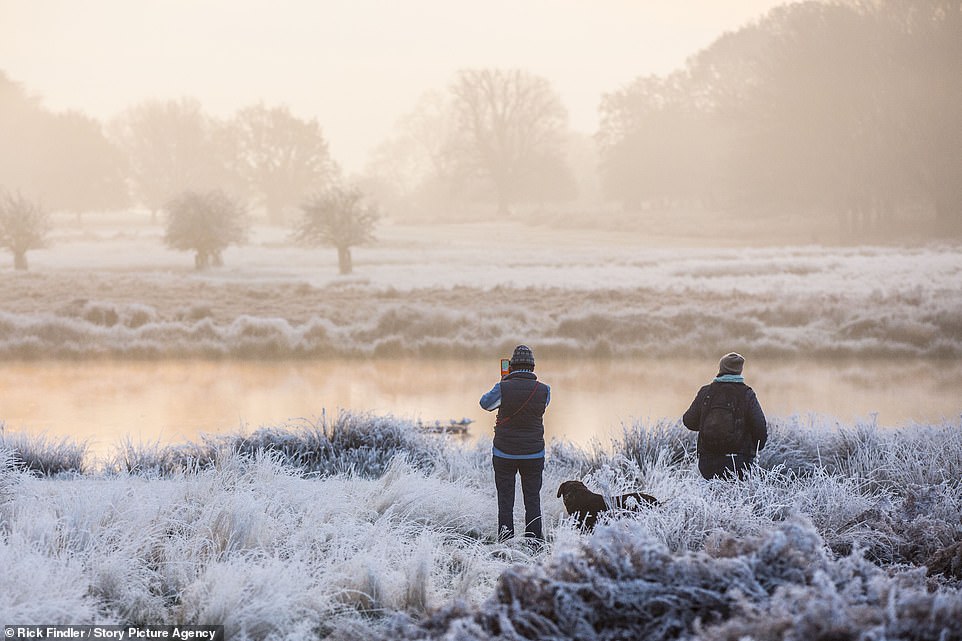 Stunning views of the wintry wonderland were captured by photographers and walkers who stood in the cold, crisp air, shortly after sunrise