5.2 magnitude earthquake strikes off of Greece, in area close to tourist hotspot Rhodes

An undersea earthquake with a preliminary magnitude 5.2 rocked the tourist hotspot of Rhodes today.

The quake occurred off the island of Karpathos in the Aegean Sea, Greek authorities said. There were no immediate reports of injuries or damage.

The University of Athens’ Geodynamic Institute said the quake struck at 5.38pm some 60 miles southeast of Karpathos, in an area close to the Greek resort islands of Rhodes and Crete.

The tremor was felt in Akhisar in the west of Turkey, sending people running for safety, according to local media reports. 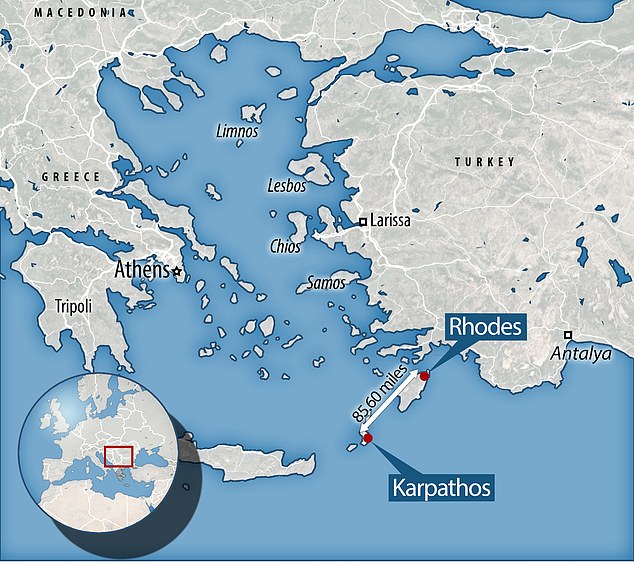 The earthquake struck some 60 miles southeast of the island of Karpathos today, in an area close to the Greek resort islands of Rhodes and Crete

Greece lies in one of the world’s most seismically active areas and earthquakes are common, but fatalities and major damage are rare.

Tuesday’s quake came about two hours after a magnitude 4.8 temblor shook parts of neighbouring Turkey near the western town of Kirkagac.

That is more than 300 miles north of the Karpathos quake’s epicenter.

No injuries or damage were reported from the Turkish quake, and it was unclear whether the two were connected.

On Friday, a magnitude 6.8 earthquake hit eastern Turkey, killing 41 people and injuring 1,600 as it damaged hundreds of buildings.

Greek authorities said the fault that caused that killer earthquake does not affect Greece. 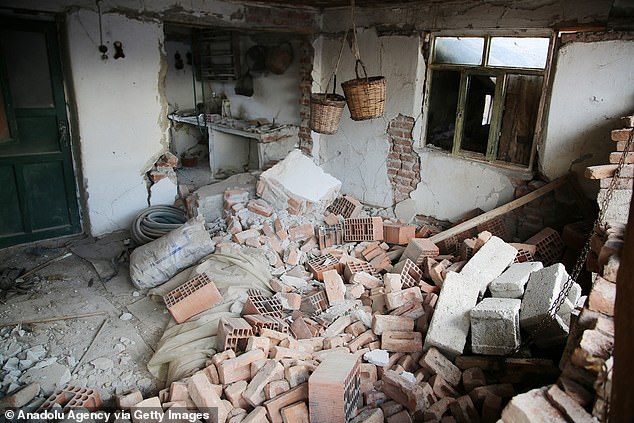