Victor Davis, once The Mail on Sunday’s chief showbusiness writer, who died last week aged 89, will always be remembered as a leading player in a cadre of old-school, maverick entertainment reporters who really could lay claim to be a Friend of the Stars.

Short in stature and with a profile that was hardly Hollywood, Victor was big on personality and it was no accident that he was chosen by Brigitte Bardot in a nightclub at a Cannes Film Festival party, to teach her to dance the rumba.

‘I must admit,’ he was to say later, ‘my hand slipped a bit during a particularly steamy step or two and I found it resting on Brigitte’s derriere. I expected a slap around the kisser but she just winked and said in that wonderful French accent, “Oooh Victor, you are a devil!” ’

Sean Connery, another friend who was then a little-known actor, phoned Victor and asked him if he should take the part of James Bond, because inside the closed world of 1960s British showbusiness, Victor could be trusted to keep a secret.

Friend of the stars: Victor Davis with Richard Gere in 1990. Victor Davis, once The Mail on Sunday’s chief showbusiness writer, who died last week aged 89

‘Go for it,’ he advised Connery, ‘but make sure you get a good deal from Cubby Broccoli and Harry Saltzman [the producers]. They’ll chisel [cheat] you if they can.’

Connery did go for it but didn’t get a good deal and after the 007 series had made millions – but not for Sean – he told Victor: ‘Saltzman and Broccoli sit across a big desk in Mayfair looking at each other thinking “that b****** has got half of the money that should be mine”.’

Victor’s fairytale rise from Streatham urchin to one of British journalism’s star byline names began in true romantic Fleet Street tradition. His first job was as a 15-year-old copy boy on a South London local newspaper. He made the tea, ran errands and did other menial jobs.

He was to progress to pivotal positions on leading national newspapers including The Daily Express, where he became a distinguished foreign reporter covering the carnage of revolution in the Congo in the 1960s and that paper’s New York bureau chief.

Returning to Britain, Victor found his true voice as the Express’s chief showbusiness writer. The paper had a circulation of four million then and that made him among the most powerful of public influencers, able with a praiseworthy profile of a major cinema actor like Richard Burton or Dirk Bogarde to help fill the Odeons and Gaumonts of the day.

But there were disappointments. Always quick to sniff out a scoop, he once smuggled his way on to the yacht of the head of MGM, anchored off Antibes.

At a star-studded party on board, the tycoon was entertaining the hottest leading lady of the moment, Maria Schneider, who had just premiered the controversial film Last Tango In Paris with Marlon Brando. 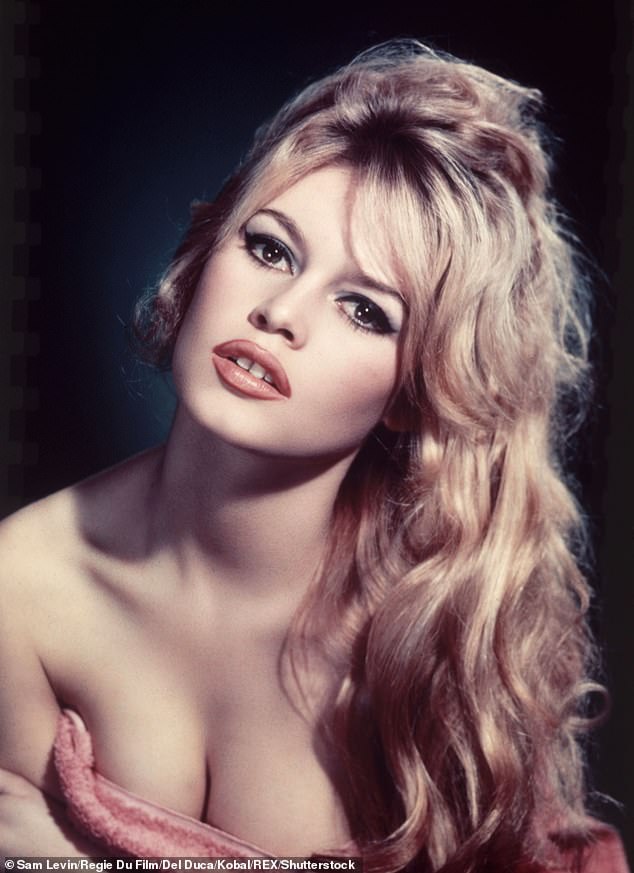 Rumba lessons: Brigitte Bardot who asked Victor to show her the steps

She boasted to Victor of her sexual conquests with both men and women but revealed to the goggle-eyed reporter that she preferred female partners. This was racy stuff in the early 1970s.

Excited by what he thought was a world exclusive, Victor filed his copy and expected to see his story on the front page of the next day’s paper and to receive a cable of congratulations from the Editor. Neither happened.

Indeed there was not a word about Ms Schneider in the Express and no herogram (as complimentary cables were known).

‘What happened?’ a stunned Victor, asked his God-fearing, strictly Presbyterian editor. ‘Stop wasting your time laddie,’ a crestfallen Victor was brusquely told. ‘I’ll not have lesbians in my paper.’

At The Mail on Sunday ,which he joined in the mid-1980s, Victor’s polished prose also found expression as a bestselling author of murder mysteries and spy novels.

Twice-married, first to Eileen then Janice James, features editor of Woman’s Own, Victor was always careful with money, and in retirement he was able to live between a smart town house in Kensington and a Spanish seaside hacienda.

I knew Victor well both as a friend and rival when I worked as a show business writer for the Daily Mail.

As Sean Connery found, he was always free with sound advice.

Once when I was wondering whether I had chosen the right path in becoming a showbusiness writer, he slipped a consoling arm around my shoulders and said: ‘Roddy, think about it. Do you want to be a news reporter, in effect a cab on the rank, at the beck and call of the news editor day and night, always being told what to do?

‘Or do you want to be like me, travelling the world, visiting film sets, interviewing Hollywood’s most glamorous stars, living on expenses and getting your picture in the paper?’

Put like that, there wasn’t much of a choice. That was Vic. Happy- go-lucky to the end.