Maine woman would go to jail before removing Trump signs

A Maine woman says she’d rather go to jail than take down her pro-Donald Trump signs.

Rockland, Maine, officials told Susan Reitman, 75, that she has to take down her Trump signs or she’ll face fines.

The signs that read ‘I Love Trump’ and ‘He Won, Get Over It’ hang on her front gate.

A code enforcement officer in Rockland notified her that the signs violate a local ordinance, because they are bigger than the town allows.

Officials in Rockland, Maine, told Susan Reitman, 75, that she has to take down her Trump signs or she’ll face fines. She says that she would rather go to jail than remove them 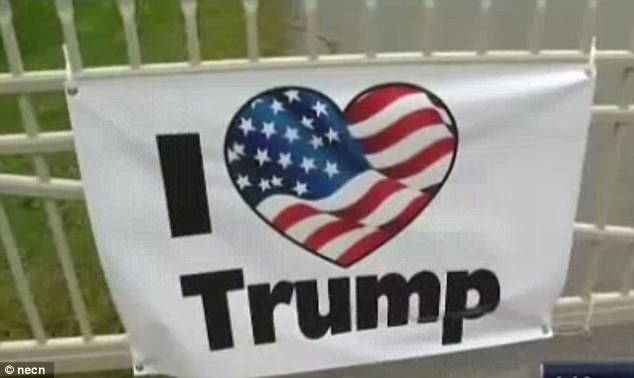 One banner that reads: ‘I love Trump’ hangs on the front fence of Reitman’s house 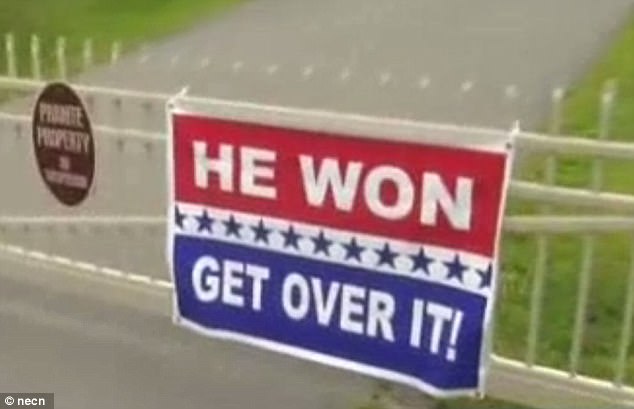 The sign that reads: ‘He won, get over it’ sends a strong message to Trump critics

The officer said another Rockland resident complained about the size of the signs. The city ordinance states residential signs can be no larger than two square feet.

Reitman’s signs are a little larger than three feet by two feet.

However, Reitman said she has no intention of removing her signs — or paying any fines.

‘If I have to sit in jail for the rest of eternity, that’s my choice,’ she said.

Reitman said she wasn’t aware of the ordinance and feels it should be changed to allow for this kind of political speech. 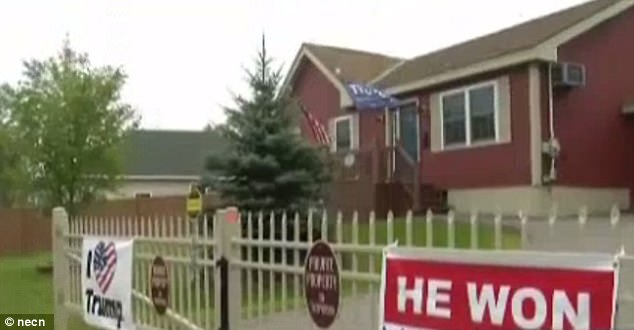 Reitland believes her free speech rights are more important than an ordinance, so she plans to keep the signs up in front of her home