Maisie Smith’s mum poked fun at her daughter’s ripped physique on Instagram on Thursday, as she mimicked the EastEnders star’s weight lifting photo.

The actress, 19, saw the funny side as she re-shared the side-by-side comparison snap on her stories.

The post showed Maisie’s mum doing a set of bicep curls in a recreation of Maisie posing with 10KG dumbbells in a plunging grey sports bra.

The blonde beauty recently admitted she is ‘on a mission’ to get as fit as possible, with her eyes firmly set on the glitterball trophy as she takes on Strictly Come Dancing 2020.

Maisie, who stars as Tiffany Butcher on the hit BBC soap, won Strictly’s Children In Need special alongside Kevin Clifton last year – making her a favourite to win. 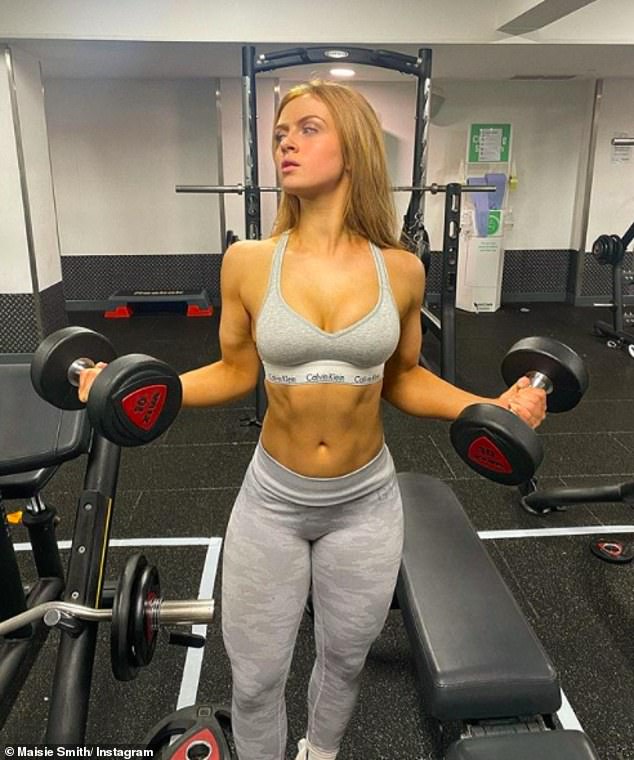 Wow: The post showed Maisie’s mum doing a set of bicep curls in a recreation of Maisie’s original photo posing with 10KG dumbbells in a plunging grey sports bra

It’s also been reported she’s been the number one choice for the male pros, given her prior experience in the ballroom.

A source told The Sun: ‘All the male pros really want to partner with her, not just because she’s young and fit, but she’s also proven herself to be a brilliant dancer.

Meanwhile, the auburn-haired beauty also reportedly turned down a record deal – which promised to make her ‘the next Kylie Minogue’ – so that she could take part on Strictly this year. 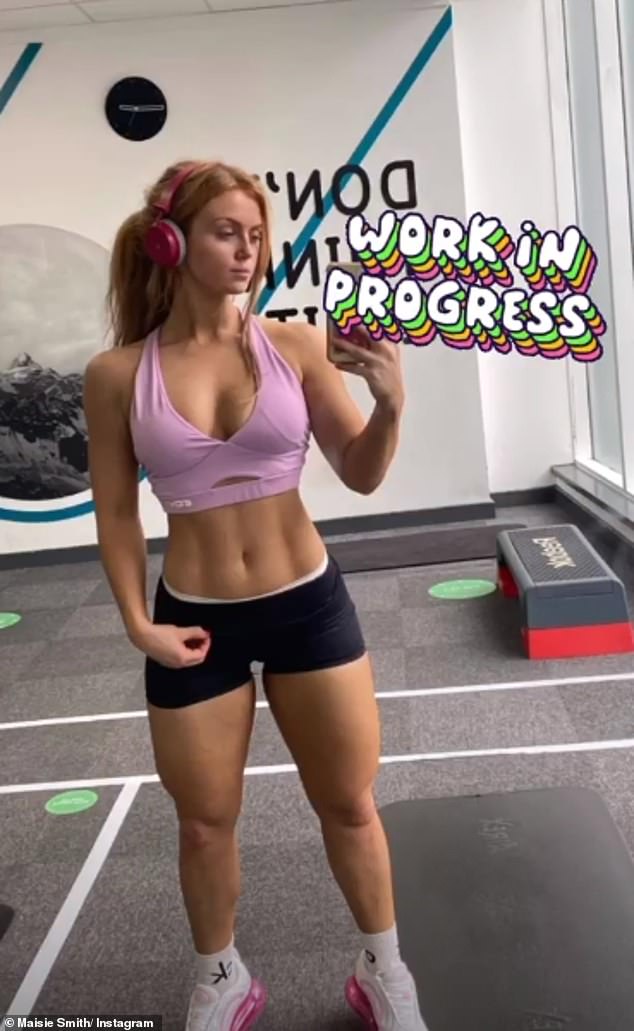 She is said to have been told by BBC bosses that the singing career would need to be put on hold if she wanted to remain on EastEnders and take part in Strictly.

An insider added to the publication: ‘Maisie wants to crack the music industry and several labels think she is really marketable. One told her she could be the next Kylie, with her girl-next-door looks and down-to-earth personality.

‘But she was told she could not take a record deal and continue on EastEnders and Strictly due to the BBC’s commercial rules.’ 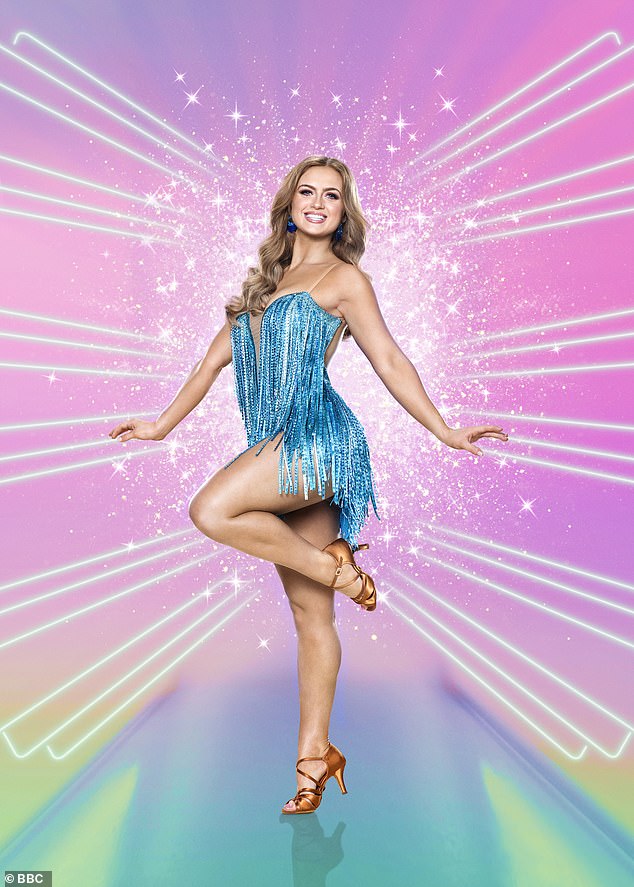 Keep dancing! The soap star is set to feature in Saturday’s Strictly Come Dancing launch show, where her professional dance partner will be revealed