Majak Daw’s girlfriend has revealed why his family doesn’t use their baby son’s first name and how well the AFL star had taken to fatherhood after nearly dying.

Mckay said ‘Hendy’ was a happy baby and explained his unique name was a mix of personal choices and family tributes, the Herald Sun reported. 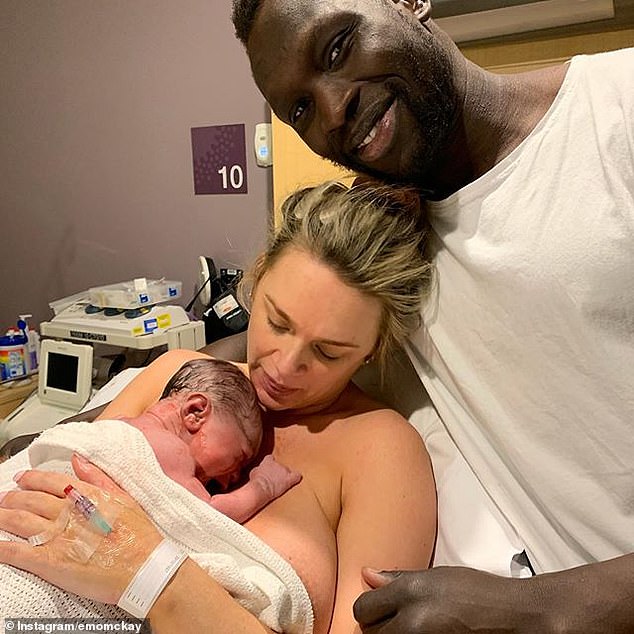 McKay said the couple could not settle on a name during her pregnancy but agreed Hendrix felt right after the baby was born.

She revealed Hendrix’s extended family instead call him by his middle name.

‘Kuat is a name chosen by his family. Normally in the culture, Maj’s uncle would choose the baby’s name and he did choose the name Kuat.

‘I wanted both of us to name him but definitely wanted them to be involved. Because he’s the first boy — he’s got four nieces — it’s the name they’ve given him,’ McKay said.

She explained the second middle name, William, was her grandad’s name and also the name of Daw’s father.

McKay said the AFL star had easily taken to fatherhood thanks to growing up in a large family.

‘He’s really good. Even with my nieces and nephews. He’s never been too scared to pick up a baby or give them a bottle or be silly with them, so that definitely helps.’ 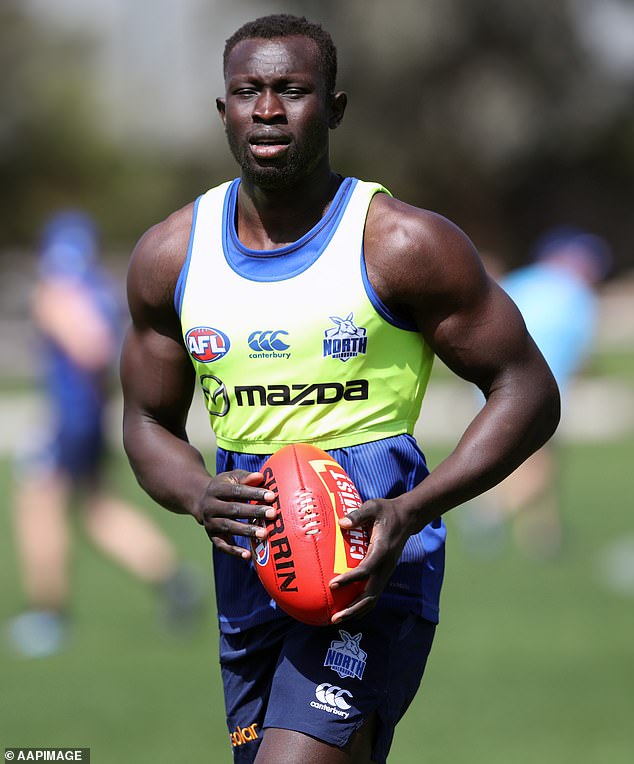 Ms McKay said that Daw was one of nine children and had been able to practice fatherhood with his many nieces and nephews.

The arrival of baby Hendrix had been a joyous moment for the couple after they suffered from particularly tumultuous year.

Daw fell from the Bolte Bridge, near Melbourne’s city centre, in December 2018 and suffered from serious injuries to his hip and pelvis.

He made one of AFL’s greatest comebacks and returned to North Melbourne after recovering in March last year.

Daw then played his first senior game since Round 23 in 2018 in the Marsh Community Series AFL pre-season competition.

He was on the cusp of selection for Round 1 this year but was forced out by illness and the coronavirus suspension of the AFL season.

McKay is also eager for coronavirus restrictions to ease so she can re-open studios for her tanning business Spray Aus.

The mum said more children were on the cards for her and Daw but for the time being their focus was on Hendrix. 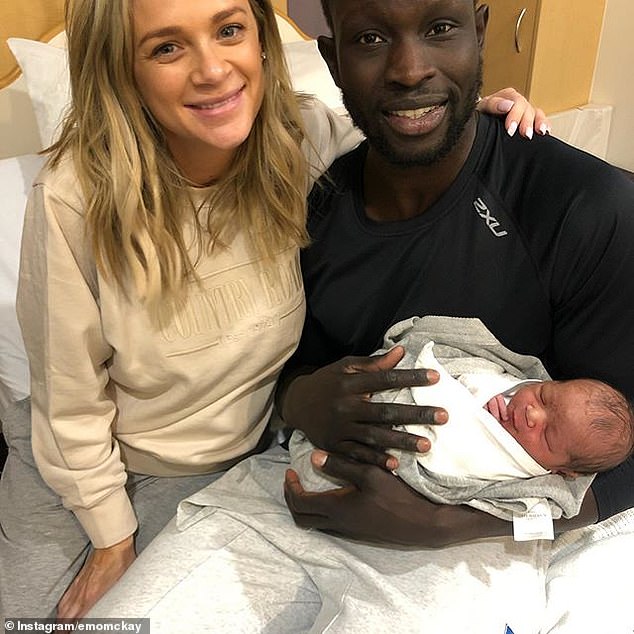