The brewery behind some of Australia’s most iconic beverages is about to launch a new drink that looks, tastes and smells like beer but is alcohol-free.

Carlton and United Breweries is bringing its first non-alcoholic beer, Carlton Zero, to the market this week, the Herald Sun reported.

The beer will be marketed to adults and found in supermarket aisles alongside soft drinks and waters, raising concerns that children could be targeted at an early age.

Carlton Zero, a non-alcoholic beer, has the same ingredients used in the regular beer. It looks and tastes like the regular brew, the company says

Michael Thorn, the chief executive of the Foundation for Alcohol Research and Education, has raised concerns over how the beer will be marketed and its potential to normalise the consumption of alcohol to minors.

There will be no age restriction for the product that looks and tastes like the regular brew.

Sabine Wolff, of CUB, said the alcohol-free beer will be marketed to adults.

‘This is not a product that appeals to children,’ Wolff said. ‘Just as other non-alcoholic beers in Australia and overseas have not appealed to children.’

Sales of alcohol-free beer have surged 64 per cent within a year in Britian, with demand for low and no-alcohol beverages surging.

Drinking rates among adults in the UK are already at their lowest point since 2005, the Guardian reported earlier this year. 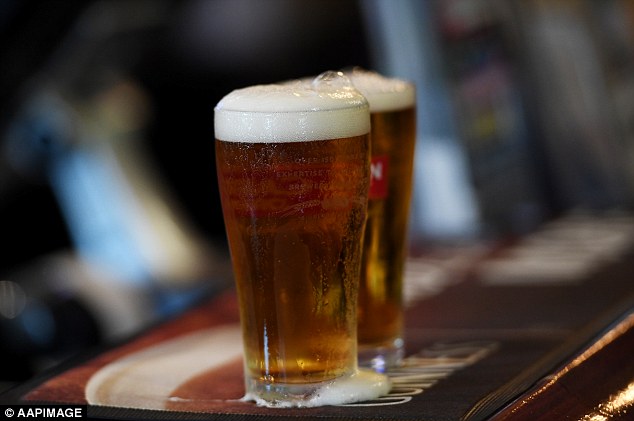 There will be no age restriction for the product, Carlton Zero, that looks and tastes like the regular brew