A Major League Baseball catcher has opened up about his years-long struggle with eating disorders that almost took away his childhood dream of playing professional baseball.

It wasn’t until he was hospitalized during his junior year after losing 14lbs in just a few days that he realized he needed help.

More than a decade after his lowest point when he weighed just 130lbs, Marjama – now 6’2″ and 205lbs – is sharing his story to shed light on the disease that has long been seen as a women’s issue.

The Seattle Mariner’s catcher is one of 10 million men in the US who struggle with eating disorders, which have the highest mortality rate of any mental illness, killing one person every hour. 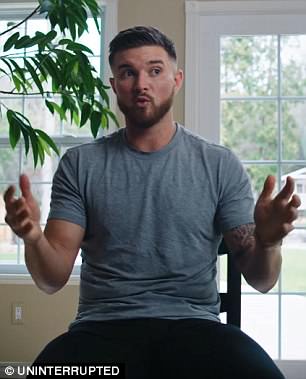 Mike Marjama, 28, is a catcher for the Seattle Mariners baseball team. He shared his story of overcoming eating disorders in a short documentary released this week

The California-born athlete said his obsession with body image began around eighth grade when he first became interested in dating.

‘I was definitely getting into an attraction to girls, so my way was thinking about it was: “if I’m going to get a girlfriend, I’ve got to get a six pack,”‘ he told ABC News.

‘I thought it I didn’t eat anything, I wouldn’t get any fat, and then if I worked out a ton I would get big and muscular.’

As he entered high school Marjama said he ‘progressively got into anorexia’, which is characterized by weight loss, difficulties maintaining an appropriate body weight and distorted body image.

He would go through cycles of binging and purging, clinically known as bulimia.

On top of restricting his diet he was obsessed with working out.

‘I put a stationary bike in the shower, and [would] ride until I would pass out,’ he said. 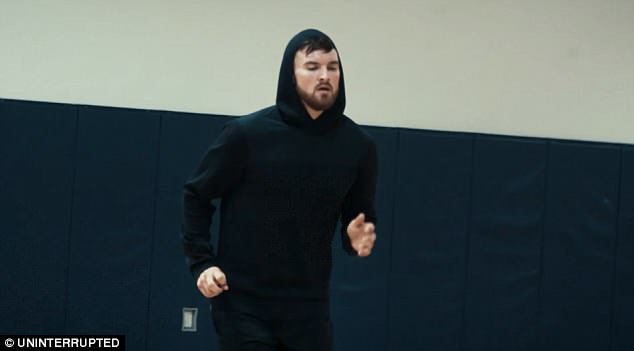 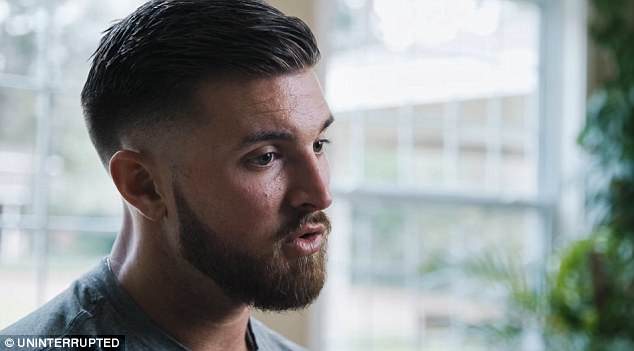 ‘Eating disorders are typically thought of as a women’s disease even though men have always had them,’ Kassar told Daily Mail Online.

One third of the estimated 30 million people in the US who suffer eating disorders are men, according to the National Eating Disorder Association.

The term ‘eating disorder’ refers to a set of psychological disorders typically characterized by abnormal or disturbed eating habits.

Eating disorders such as anorexia, bulimia and body dysmorphia have the highest mortality rate of any mental illness.

The signs and symptoms are the same for women and men, Kassar said.

Marjama didn’t understand the severity of his eating disorders until he was admitted to an in-patient program for five days during his junior year.

‘I didn’t think anything was wrong,’ he said. ‘But when I got put in that program, I realized that I was doing so much damage to my body.’

He missed baseball season during his junior year as he worked to re-develop a healthy relationship with food and exercise through an outpatient program. 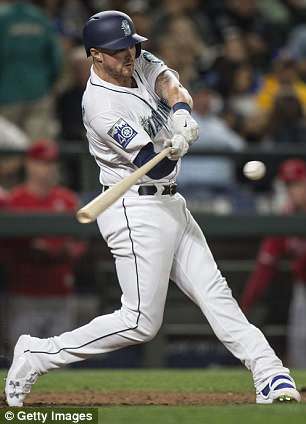 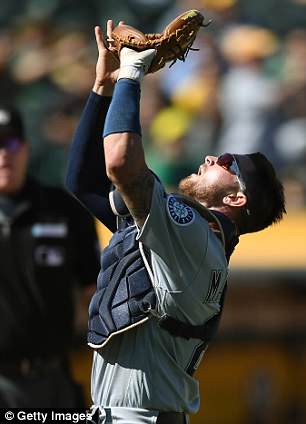 Marjama said: ‘I’m more than just an athlete. I want to talk about [my eating disorder] because you don’t hear about it a lot ― especially with males.’ The 28-year-old was 130lbs at the height of his eating disorder. He is now a healthy 205lbs 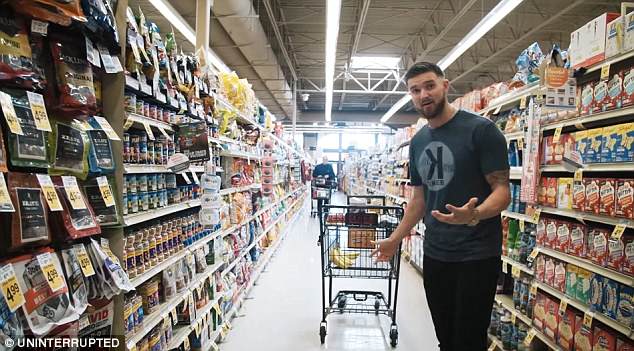 Marjama returned to the field during his senior year and went on to play baseball in college before being drafted to the MLB in 2011.

The catcher for the Seattle Mariners opened up about his struggle with eating disorders in a short documentary film released this week by Uninterrupted, a multimedia platform for athletes founded by NBA star LeBron James.

‘I wanted to give baseball fans and people in general a look at what this experience was for me,’ Marjama said. ‘So I hope this sheds a light on it.

‘Just because you’re a Major League Baseball player, that doesn’t mean you’re immune to everything.

‘I’m more than just an athlete. I want to talk about [my eating disorder] because you don’t hear about it a lot ― especially with males.’

Kassar said in men there is often a double stigma surrounding eating disorders, but that has been changing in recent years as it becomes more acceptable to admit to having the disease.

The increase in awareness has made it possible for more men to get help. 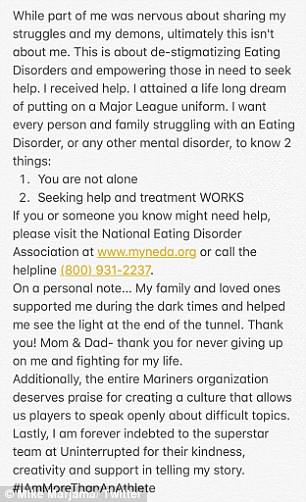 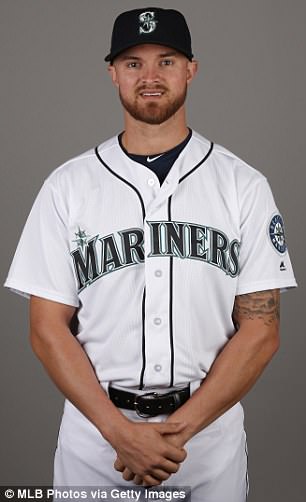 Marjama, pictured right in his official team photo, posted a statement about his eating disorder on Twitter with tips for others to get help