A majority of Australia’s plastic waste ends up being stockpiled in warehouses or shipped to south-east Asia to be illegally burned, according to a bombshell report.

Instead of being reused or recycled, tonnes of our plastic waste is being dumped, buried or burned in illegal processing facilities and junkyards overseas.

The worrying trend began to emerge after China shut its doors to Australia’s plastic waste in January last year, while India followed suit in March with several other Asian countries looking to enforce similar crackdowns.

The truth about where Australia’s plastic waste is going is set to be exposed on Sunday’s night’s episode of 60 Minutes.

Waste and recycling organisations have called for an urgent government investment into infrastructure for the industry so plastic waste can be reprocessed on home soil instead of being stockpiled in warehouses or dumped overseas.

‘I think most people in Australia feel lied to, I think they feel disappointed,’ Plastic Forests founder David Hodge told the program.

‘We haven’t built the infrastructure. We haven’t thought ahead. Now we’re here and we’re drowning in plastic.’

His company hopes the segment will amp up the discussion and light the fire for an overhaul to processes in Australia’s plastic recycling industry.

‘Recycling only works when people, corporates and government buy products made with recycled content. As we know, the options to send our waste or a misallocated resource overseas will come to an end,’ a post on Plastic Forests’ Facebook page stated this week. 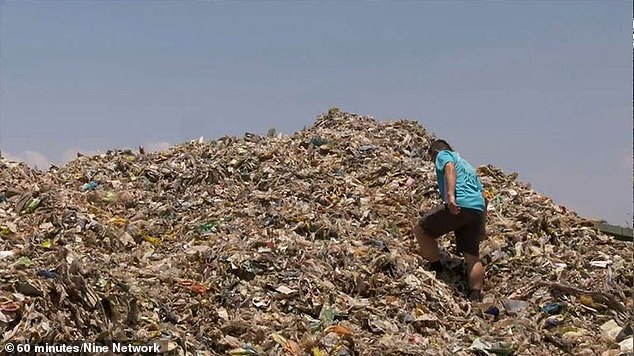 Tonnes of tonnes of waste has ended up dumped, buried or burned in illegal processing facilities and junkyards across south-east Asia

Australia’s plastic recycling industry relied on China for two decades until a ban on 24 types of solid waste, including plastic was enforced in January 2018.

Australia’s recyclable rubbish is now being dumped in Indonesia, Vietnam and Malaysia, which received more than 71,000 tonnes of our plastic in the last year alone, according to 60 Minutes.

A recent analysis of Australia’s waste exports commissioned by the Department of the Environment and Energy warned several Asian countries, including Malaysia have announced proposed crackdowns on waste imports.

‘If Malaysia, Vietnam and Thailand enacted waste import bans similar to China’s, Australia would need to find substitute domestic or export markets for approximately 1.29 million tonnes (or $530 million) of waste a year, based on 2017-18 export amounts,’ the analysis states. 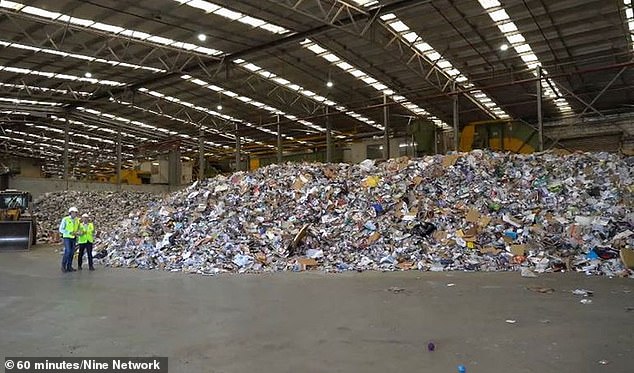 Where Australia’s plastic waste ends up

‘We are back to where we started with the China crisis, but worse because we have fewer alternative markets,’ Australian Council of Recycling chief executive Peter Shmigel told the Sydney Morning Herald in March.

‘We call for a meaningful proportion of the $1.5 billion that’s raised by state governments through hidden waste disposal levies, or currently allocated by the federal government to initiatives that don’t produce regional jobs like we do, to be spent on recycling infrastructure.’ 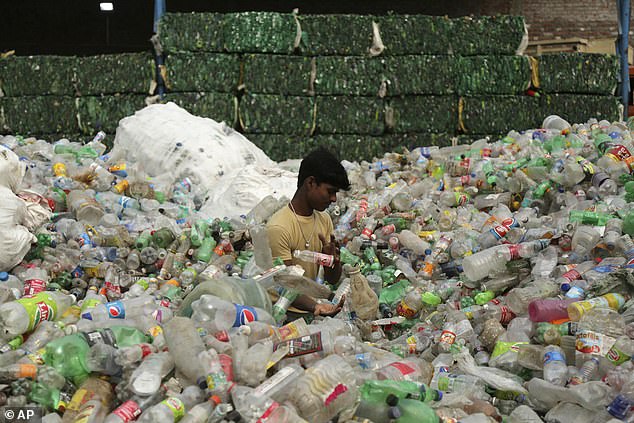 ‘With Asian markets for recyclable materials from Australia closing down and local governments confronted with potentially sending their kerbside recycling to landfill, it’s time to recognise that the system Australians value is greatly under threat,’ Mr Shmigel said in a statement.

‘The National Waste Policy, recently agreed upon with all states, tries to set out an agenda for the future, but its aims cannot be achieved without investment and policy support.’

Boomerang Alliance director Jeff Angel added: ‘Without concerted and effective action, Australia is set to go back 50 years to the days when waste was dumped or burned and the only things recycled were the bottles collected for a refund.’