Make-up artist Georgia Gundry and catering manager Harry Morris, who earn nearly £60,000 a year between them, moved into the new-build flat in the Berkshire town of Bracknell nearly ten weeks ago.

The young couple have a mortgage with a fixed rate for five years for the two-bedroom property, which they bought for £283,500, with their monthly repayments coming in at just under £800.

Young homebuyers Georgia Gundry, 18, and Harry Morris, 23, are settling into their new flat in Bracknell 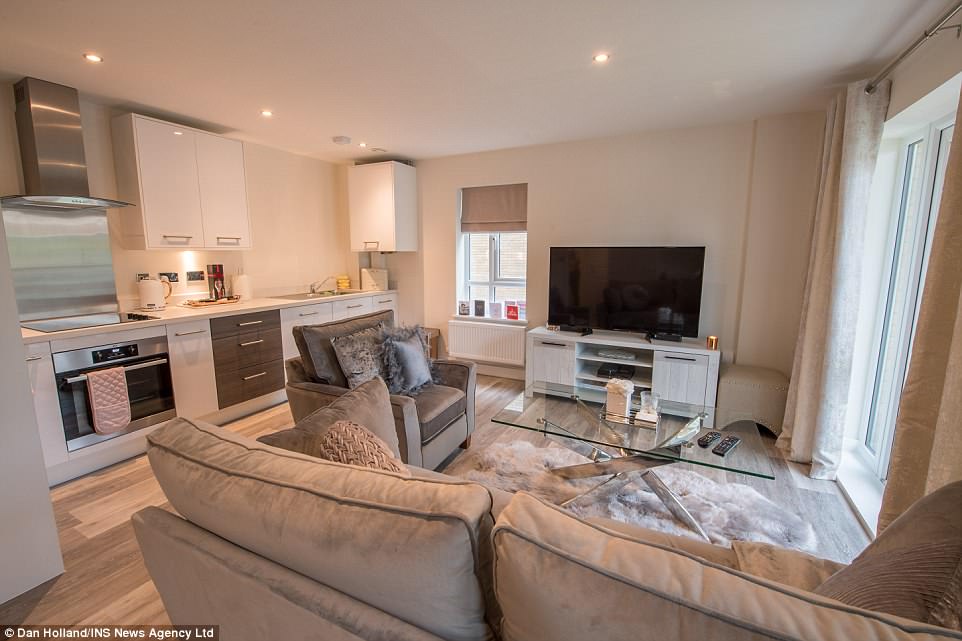 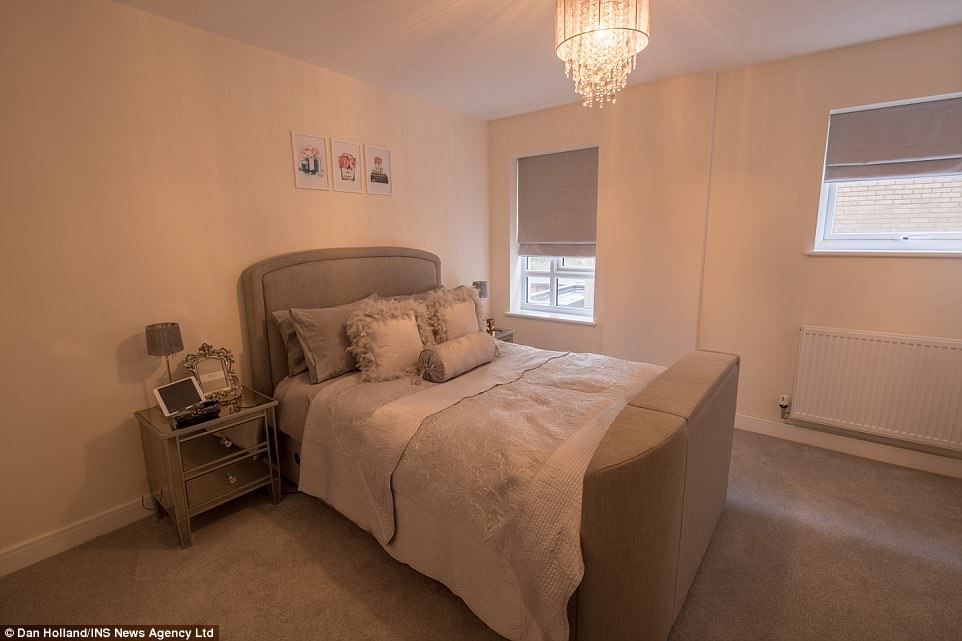 Theyhave a mortgage with a fixed rate for five years for the property, which they bought for £283,500

They have been saving about £2,000 a month in order to get on the housing ladder, and paid a 5 per cent deposit of about £15,000 to secure their home through the Government’s Help To Buy scheme.

The home has two bedrooms, although they are using one of the bedrooms as a storage room. It also has two bathrooms, and then a kitchen/living room as well as a balcony.

Miss Gundry works as a make-up artist at Bobbi Brown in Windsor and Mr Morris is a catering manager in London, supplying fruit and vegetables to kitchens in The Ritz Hotel, The Dorchester, The Shard and Chelsea Football Club.

Miss Gundry, 18, said: ‘My grandma passed away and left some money and then Harry’s great-nan died. When her house was sold, he got a cut and that was enough for the deposit.’ 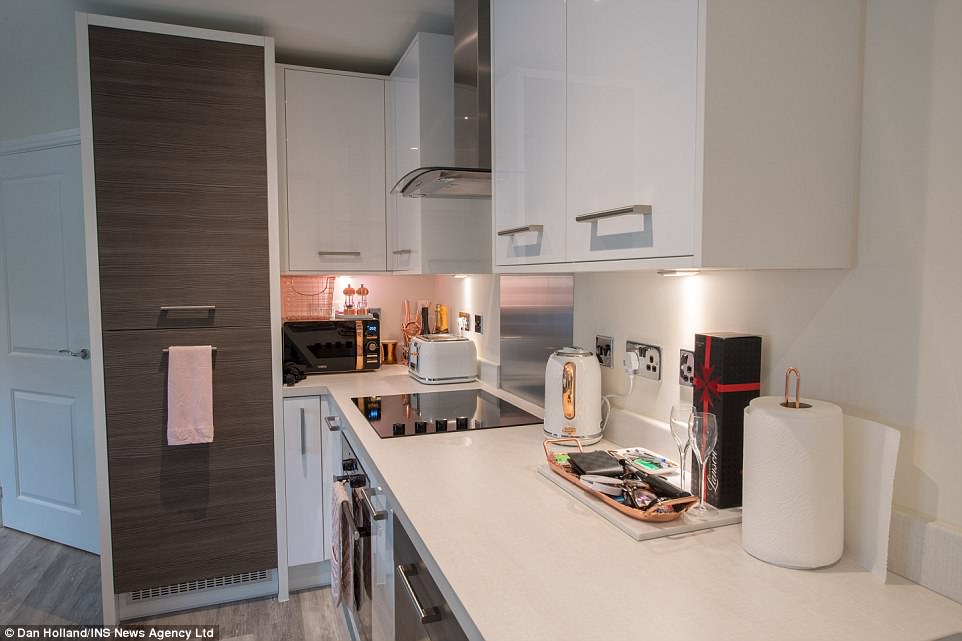 They paid a 5 per cent deposit of about £15,000 to secure their home through the Government’s Help To Buy scheme 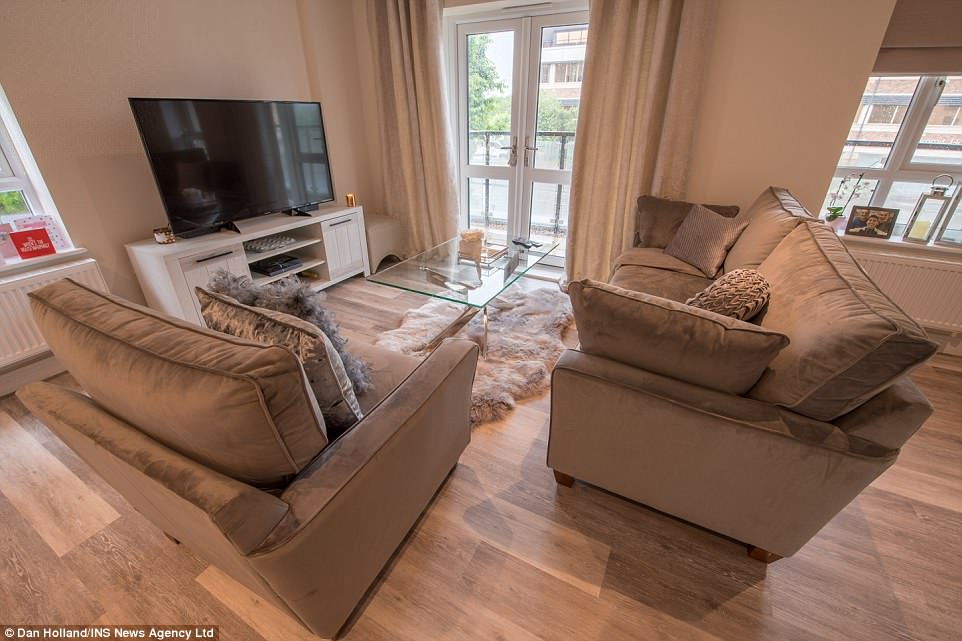 The couple, who work in London and Windsor, had been saving about £2,000 a month in order to get on the housing ladder

‘We put the deposit down in September and saved ever since. We were putting away about £2,000 a month. We lived with my mum in Holborn.’

What is Help to Buy?

Under the Help to Buy scheme, the Government gives borrowers a loan of up to 20 per cent of the value of a new-build home or 40 per cent in London.

The buyer can then get a mortgage with just a 5 per cent deposit, and the loans are interest free for five years.

After this, interest is charged at a rate of 1.75 per cent of the loan – in addition to their mortgage repayments.

Mr Morris has been working since he was 16 and started with six night shifts a week straight out of school. He is now is in a senior position, making £40,000 every year.

He said: ‘I left school on the Tuesday and started work on the Thursday. I had always wanted to work. I went to my uncle and asked if I could have a job. It was hard going from school to working six nights a week.

‘But I was making £250 a week and spunking it all away but that’s what teenagers do. I worked my way up and when the company was sold, I moved on.

‘Now I’m a manager and make £40,000. It’s rare to find someone as young as me with the experience and knowledge of the products.’

Miss Gundry and Mr Morris met three years ago when they were both on family holidays and have continued their romance ever since. ‘We would only see each other once a week or so,’ she said.

‘I lived near Basingstoke and Harry lived in London so we would go between each others parent’s places. The relationship was starting to get more serious and we thought “this can’t go on”. 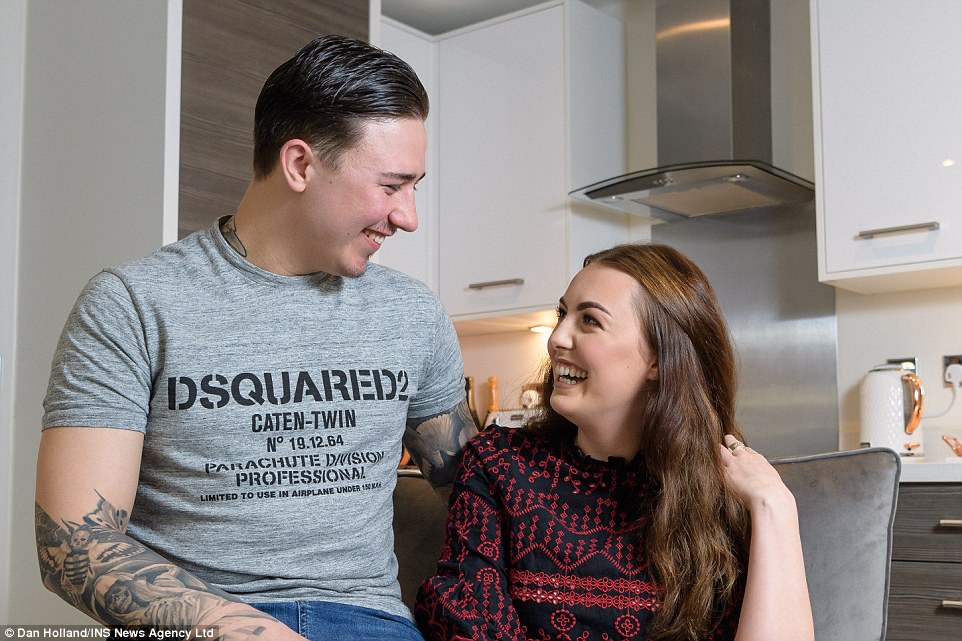 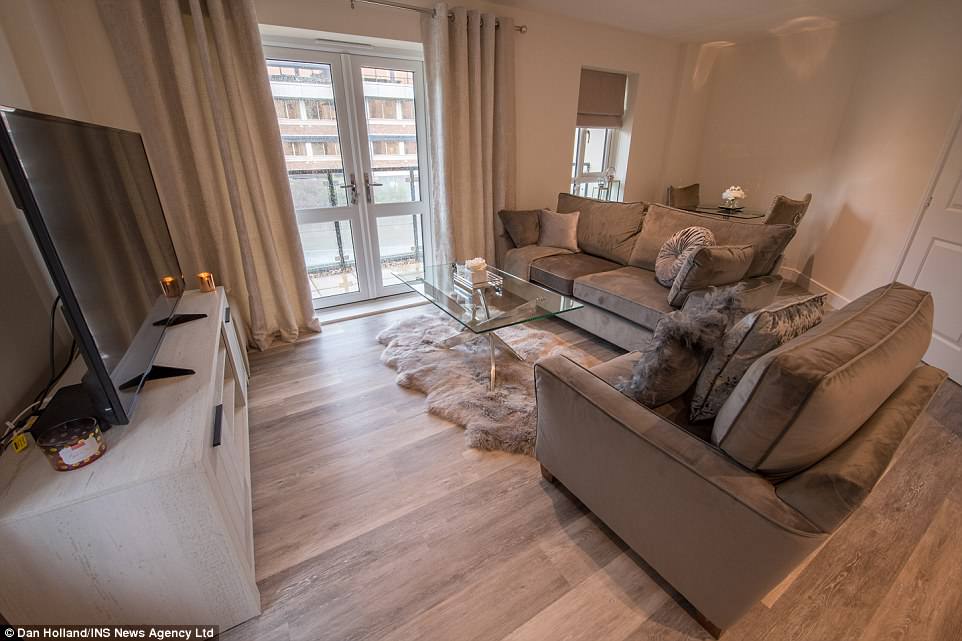 The couple reserved the property the day they came to the marketing office, and the homes in the new build have all sold now 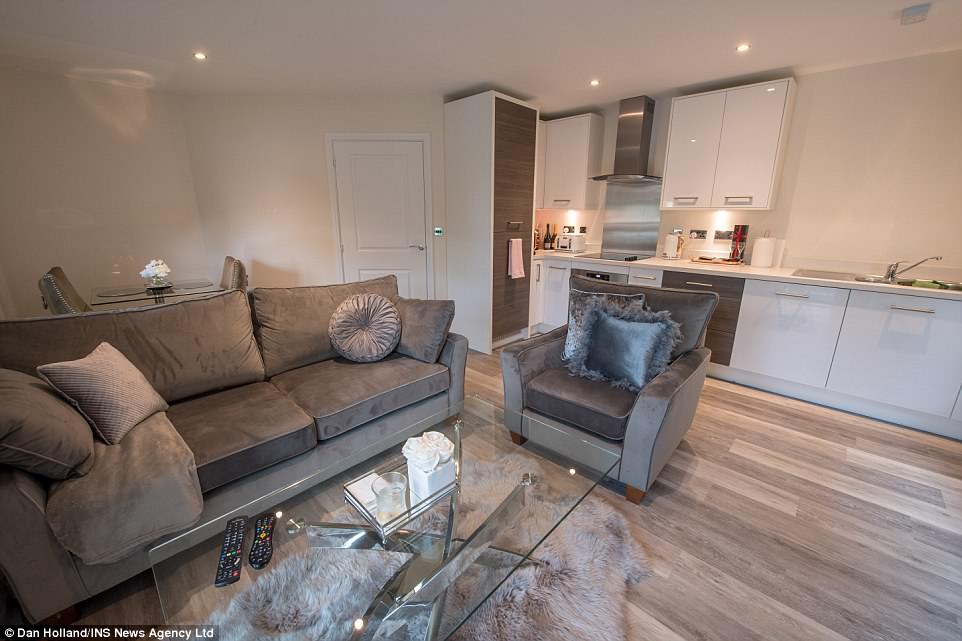 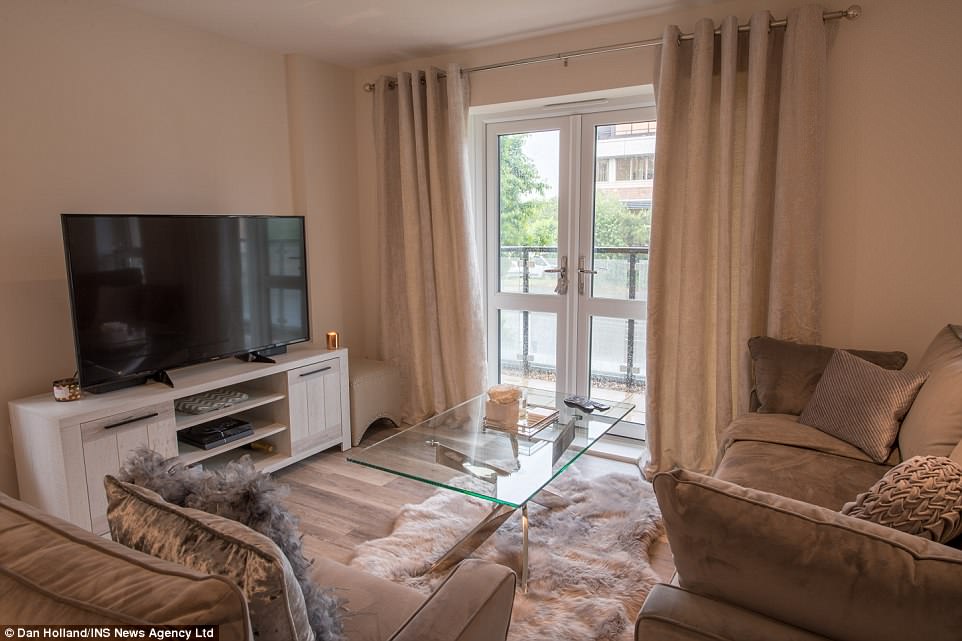 They spent about £15,000 on doing the floors and furnishings, but it would have cost even more to get builders in

‘We both wanted to move out and get our own place. Everyone said we were too young but that just spurred us on to prove we could do it this young. We found this place and it was everything we wanted.

How did the couple buy their first home?

The couple’s deposit of £5,000 was made up of inheritance money from Miss Gundry’s grandmother and Mr Morris’s great-grandmother.

‘We reserved it the day we came to the marketing office. They’ve all sold now, I think. We didn’t start saving for the home until we put down the deposit.’

The pair also saved money by doing internal work themselves but this still cost them an eye-watering amount for most millennials.

Harry said: ‘We spent about £15,000 on doing the floors and furnishings and everything, but it would have been more to do it through the builders.

Miss Gundry said: ‘My dad is a bit of a handyman, he helped us build the furniture and everything. Some of the costs could have been really high, the building company wanted about £2,500 to tile the bathroom!

‘Everyone was shocked when we told them. My mum said that she paid around £200 a month for her first mortgage.’

Using the Government’s Help to Buy scheme, the couple have a 30-year mortgage and so will be free of the payments before Miss Gundry turns 50.

She said: ‘I think the plan is at some point to get a house and hopefully get married.’

‘Yeah, a house with three or four bedrooms and a garden would be nice,’ said Mr Morris. ‘But not just yet, moving was very stressful.’