A make-up artist woke up screaming in pain from a ‘margarita burn’ the day after squeezing 18 limes in the baking heat.

Amber Prepchuk, of Edmonton in Canada, brought ingredients to make cocktails for a week in a cabin by the lake with her girlfriends in mid-June.

She was in the kitchen squeezing about 10 limes before she found a lime squeezer, finished off the job, rinsed her hands in water, and went outside to enjoy the fruits of her labor, sunbathing, swimming and hanging out.

Two days later, on June 14, she woke in agony – not from a hangover, from blistering burns on her hands.

‘It was excruciating,’ Prepchuk told DailyMail.com.

‘I’m a tough cookie, I can handle pain but I woke up crying my eyes out.

‘It felt like my skin was being cooked from the inside out. Any time I moved my fingers the skin would pull. The only time it didn’t hurt was when I was sleeping.’

‘It was excruciating’: Amber Prepchuk, a make-up artist, suffered blistering burns on her hands after squeezing limes before going in the sun 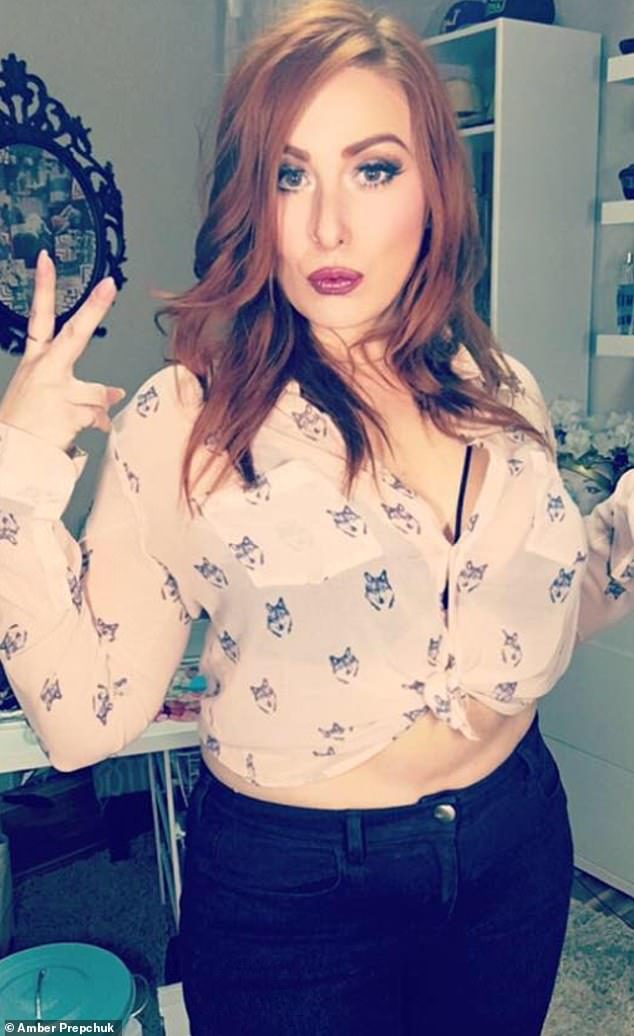 She told DailyMail.com: ‘It felt like my skin was being cooked from the inside out’

Prepchuk had suffered a case of phytophotodermatitis, a chemical reaction of three things galvanized together: a chemical in limes (also present in lemon, celery, and parsley), skin, and UV rays.

It is hardly uncommon – dermatologists routinely see cases of ‘margarita burn’ in the summer – though some people are more susceptible to it than others, or suffer more severe reactions.

But Prepchuk’s doctor hadn’t seen it before. With a raised eyebrow at the suggestion limes were to blame, the physician dismissed her blisters – now oozing pus – as a first-degree burn, or perhaps an allergic reaction.

After a struggle to get her rings off her heavily swollen fingers (‘my doctor said we might need to cut them off’), Prepchuk was packed off with tramadol, a prescription painkiller, and Advil, which she relied on for over a week to ease her searing pain.

The doctor also wrapped up her skin in bandages, which may have protected the blisters but provided a new source of pain: friction.

‘Any movement was excruciating,’ Prepchuk said. 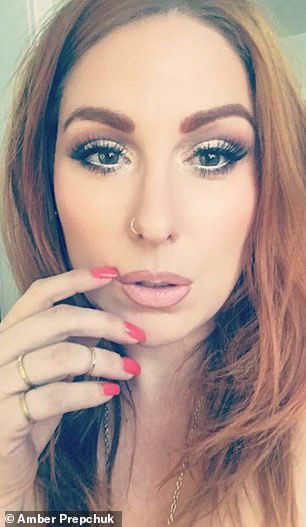 Prepchuk likely won’t be able to get gel manicures for months, if not a year, because it involves UV light, which could aggravate her scars

The next couple of weeks were a merry-go-round of bandage changes, ointments, vitamin E treatments, drying and cutting dead skin, and airing her hands to let the blisters pus.

There is no clear-cut treatment for margarita burns – which was a problem for Prepchuk, whose line of work is hands-on.

Though topical creams and steroids can help, the only advice doctors can offeris preventative: use gloves or a lime squeezer when making your margs in the sun to minimize your risk of a reaction.

For Prepchuk, who had never heard of margarita burns before, it was too late for that, and the latex gloves recommended to her left her blisters wrinkled and smelly. So she fashioned her own alternative: a layer of gauze, with a thin white cotton glove over it, a latex glove over that, and her (thankfully) un-blistered finger tips exposed.

It meant she was able to do the make-up for her longest-standing client’s wedding, among other pressing engagements.

What’s more, other parts of her body that where splattered with sprinklings of lime juice are also damaged – including two hand-shaped marks on her back, where she believes she placed her hands while in the sun, even after rinsing them.

She is now using vitamin E, a strong sunblock, and a glaxal-based moisturizing cream daily, which seem to be doing the trick.

It means, however, she won’t be able to get gel manicures for months, if not a year, because it involves UV light, which could aggravate her scars.

There is no way to preemptively know how at-risk you are of contracting a margarita burn, but Prepchuk says: don’t chance it.

‘I’m a make-up artist, I’m used to washing my hands with soap all the time, but I can’t recall if I did this time – it’s lime, I wasn’t too concerned about it. And I don’t know if that would have made a difference,’ she said. But she recommends giving them a good soapy scrub anyway.

‘If you don’t know about margarita burns, you will learn the hard way.’

‘Be careful out there!’