The founder of the ‘Make Women Great Again’ convention has lashed out at Piers Morgan for pointing out that he’s still single, while teaching his attendees how to be ‘ideal women’.

Anthony ‘Dream’ Johnson appeared on Good Morning Britain today, to discuss his 22 Convention, in Orlando, Florida, which he described as an event where women can be ‘mansplained to for three days, non-stop, from the best mansplainers in the world’.

The convention aims to teach female attendees how to be the best women they can be, warning them against ‘unhealthy militant feminists,’ teaching them that being fat isn’t beautiful, and encouraging them to have ‘unlimited babies’ because ‘the clock is ticking’ — all for the price of $1,999.

However, after Piers and guests, journalists, Olivia Petter and Rebecca Reid pointed out that ticket sales had not been as successful as Anthony had hoped, with only 200 tickets sold, Mr Dream Johnson became irate and branded their words ‘nonsense’.

He also lashed out after Piers, asking why he had to be ‘so judgmental’ by pointing out that he was holding such a conference while ‘struggling to persuade any women to be with you’. 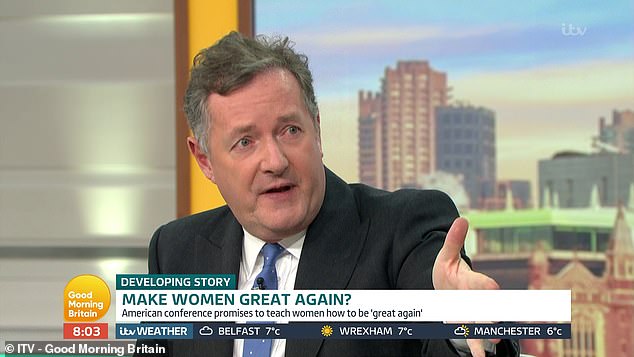 After calling Olivia, who had written an article calling the event ‘disturbingly misogynistic’ both ‘disgusting and delusional’  Piers asked how ticket sales had been so far.

‘We’ve sold dozens of tickets at this point,’ said Anthony.

After being mocked by the guests, Piers confirmed that it was 200 tickets that had been sold so far.

He went on: ‘Anthony can I ask you a question, are you married?’ 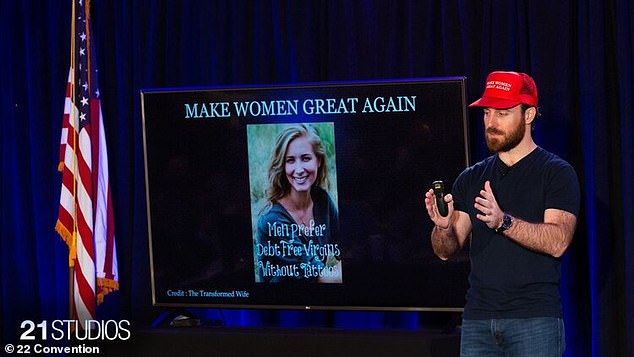 The convention aims to teach female attendees how to be the best woman they can be, warning them against ‘unhealthy militant feminists 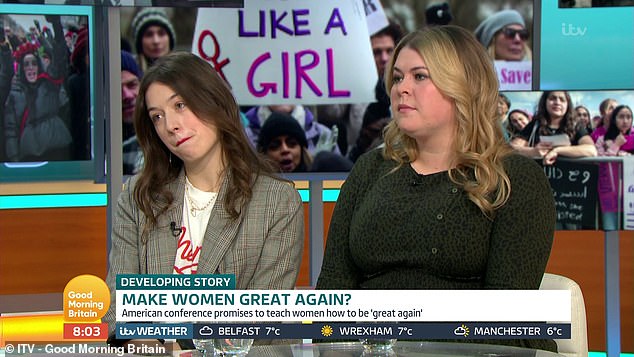 Journalists, Olivia Petter (left) and Rebecca Reid (right) pointed out that ticket sales had not been as successful as Anthony had hoped

‘I am not right now’, said the founder.

Fellow host Susanna Reid weighed in: ‘Do you have a partner?’

After Anthony revealed that he was in fact single, Piers went on: ‘Why do you think it is that no woman has quite bought into your sales pitch?

‘Nobody wants to marry you or be with you. Why aren’t women racing to be with the guy that can tell them how to live their lives?’

An upset Anthony replied: ‘Hey you wanna get into my personal life, why are you being so nosey man? Why you gotta be so judgey?’

‘Antony you are the single most judgmental guest we’ve ever had,’ Piers replied. ‘I’m just saying you’re doing a whole conference telling women how they can be better – but you seem to be struggling yourself persuading any women to be with you’, 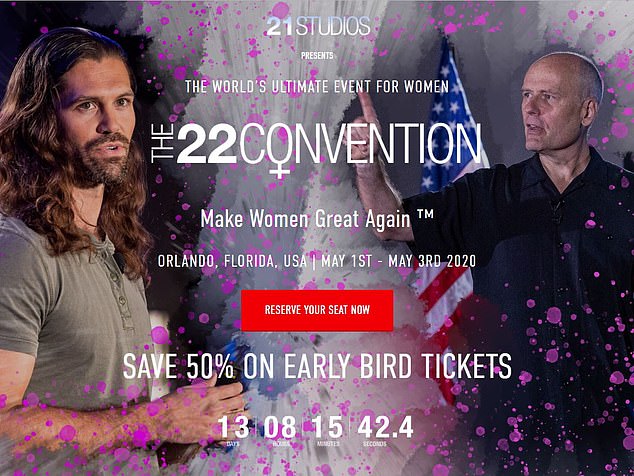 ‘Make Women Great Again,’ will teach being fat isn’t beautiful, and encourage them to have ‘unlimited babies’ because ‘the clock is ticking’ 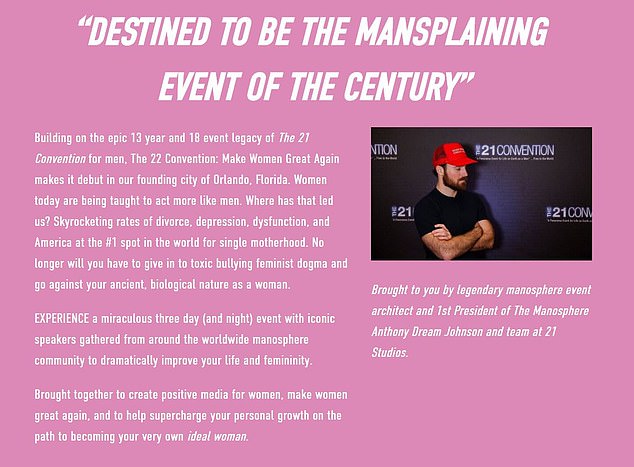 Just what we need: The 22 Convention will take place from May 1 to May 3, 2020 in Orlando, Florida, and the event organizers describe it as the ‘world’s ultimate event for women, by men’

Anthony confirmed: ‘The single guys like me are a minority, this is fake news, a bunch of nonsense.’

The convention founder went on to explain that when he eventually does get married, it will to be to ‘the greatest woman ever’.

He said he will meet, ‘the greatest wife ever’, adding: ‘I want a beautiful woman – smart and virtuous.’

Anthony’s event is being hosted by 21 Studios and is taking place concurrently with the 21 Convention, a men-only convention which promotes a ‘pro-father, pro-man, pro-masculinity’ agenda.

The event website brags that it is ‘destined to be the mansplaining event of the century’ and goes on to explain its mission.

‘Women today are being taught to act more like men. Where has that led us? Skyrocketing rates of divorce, depression, dysfunction, and America at the #1 spot in the world for single motherhood.

‘No longer will you have to give in to toxic bullying feminist dogma and go against your ancient, biological nature as a woman,’ the site reads.